General Washington selected the Morristown, NJ area for overwintering the Continental Army because of its distinctive topographic setting and useful local resources.  The camp was protected from attack by the Watchung Mountains, the Great Swamp and a long view down toward New York City, site of the British army base from which any such attack would have come.  The site offered plenty of trees for campfire fuel and streams for drinking water.  Current maps of the vegetation and hydrography of Morristown National Historical Park were enriched with new content and field work made more efficient thanks to inventive use of aerial imagery and lidar surface elevation data by NPS partner Roland Duhaime at the University of Rhode Island.  Suspicious of stream data that showed only a handful of streams within the park, Roland identified additional probable streams and wetland areas with aerial photography but thought there might be still more.  Roland obtained lidar data from the State of New Jersey and calculated the flow direction surface and flow accumulation lines.  These lines show the path a raindrop will travel from the point where it first reaches the ground.  On the map, areas with many or dark flow accumulation lines indicate larger flows and a higher likelihood of streams or wetlands.  In many cases the suggested features are not represented in existing hydrographic or vegetation data for the park.  It is not certain that these are streams or wetlands, only that these features are more likely in these locations than in areas with few flow accumulation lines.  Consequently the areas of flowline concentration are a high priority targets for field investigations of both hydrography and vegetation, saving the field crews valuable time and effort.  If field inspection confirms any streams and wetlands, as suggested by this processed lidar and image analysis, these will be added to the park database and fully documented in the comprehensive Natural Resource Condition Assessment planned for Morristown. 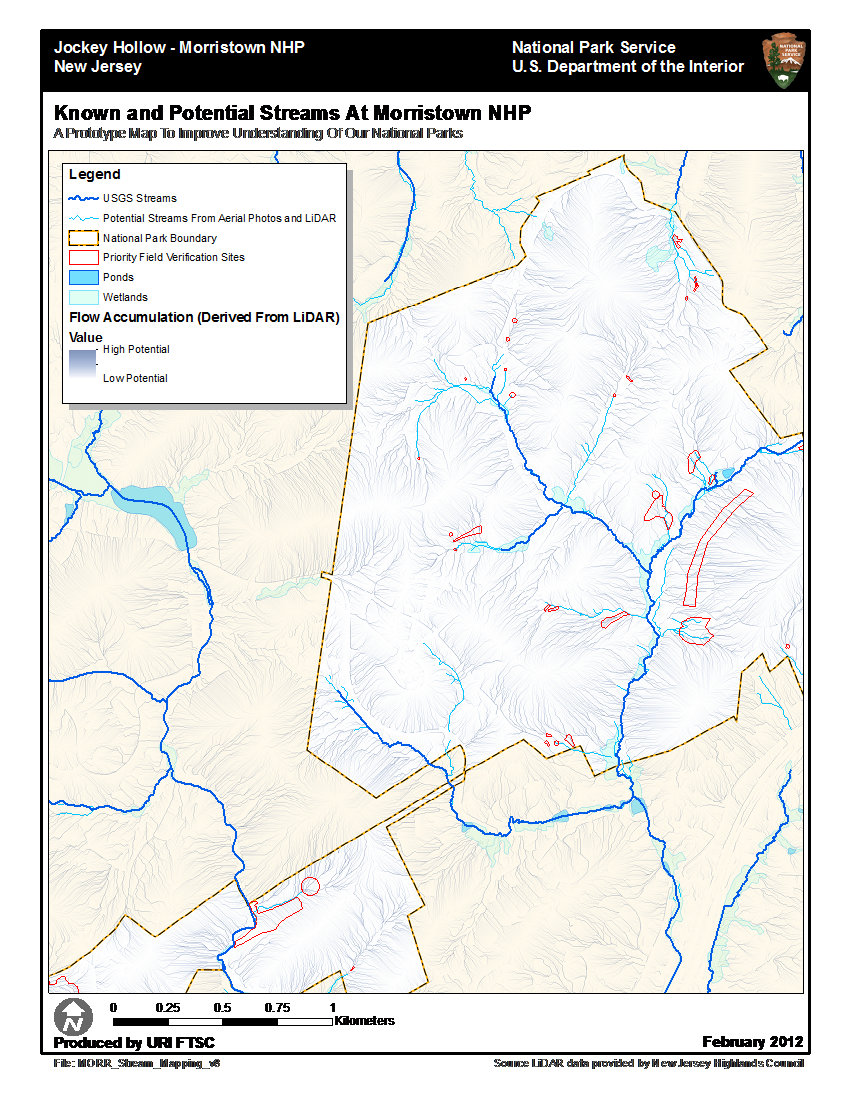