In support of NPS Alaska Region Inventory and Monitoring Program a sampling design was developed, through a contract with the private sector, of soil and vegetation in Lake Clark National Park and Preserve. As part of this effort, an extensive time series of Landsat imagery (1985–2010) was collected. The time-series data were used to characterize patterns of snow persistence on the landscape, which is related to snow depth and growing season length—factors important to soil development.  The 30-m resolution satellite image time series was analyzed to determine the typical snow-free date for the Lake Clark soils study area.  This analysis provided valuable information on local and regional snow regime patterns that will be useful for stratification and modeling of vegetation and soil distribution. 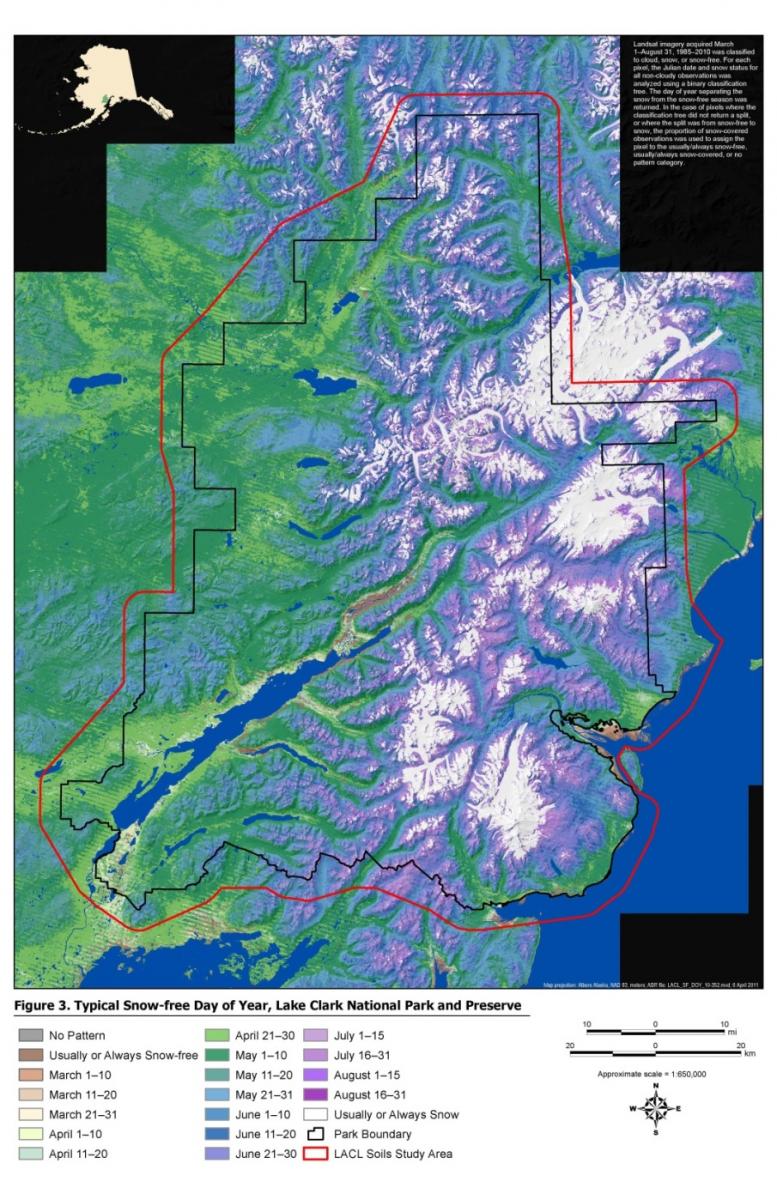