GPS data received by collars on caribou, moose, muskox, and wolves is relayed via communication satellites to the desks of wildlife biologists.  This technology allows biologists to track these animals in the remote areas of Alaska even during inclement weather and the dark.  These data help biologists study the movements, behavior, habitat use, and population dynamics of these animals.  The figure below shows the migratory movements of female caribou of the Western Arctic Herd.  At 350,000 caribou, it is the largest herd in the country and one of the largest in the world.  Each caribou migrates over 3000 km (1800 miles) each year and the herd utilizes 5 National Park units and roams over an area nearly the size of Montana. 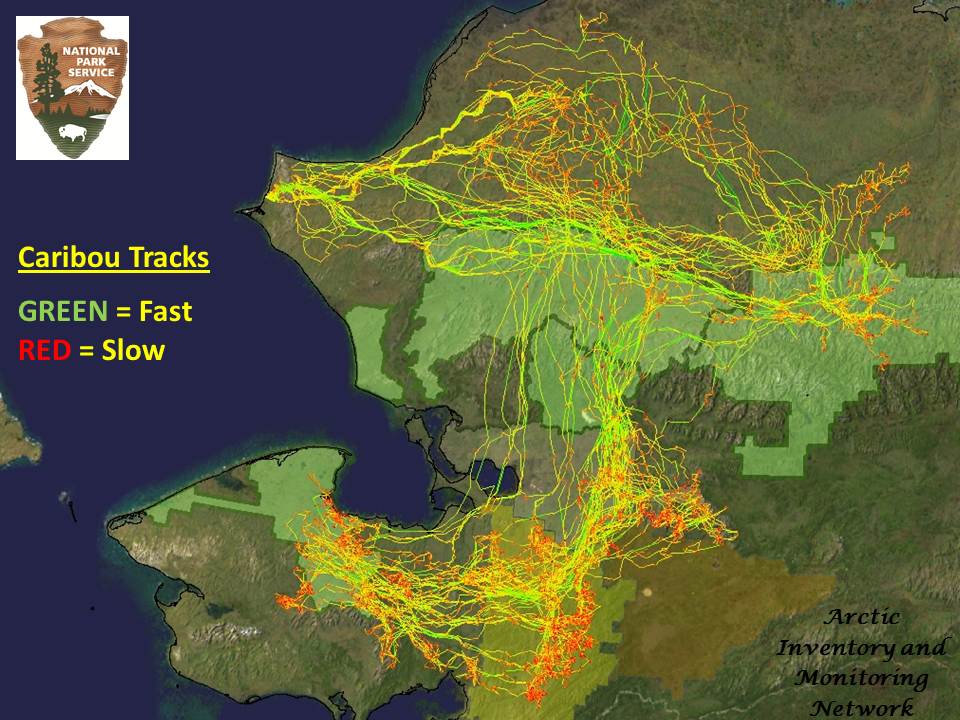 In the Denali National Park and Preserve, GPS radio collars placed on grizzly bears and Dall sheep are designed to store the animal's location data several times per day and detach from the animal's neck on a preset date so that collars can be retrieved and the data analyzed.  These collars were used as part of the Denali Park Road study, to help understand how animal movements were influenced by the presence of the road and by road traffic.  GPS collars on caribou help to understand habitat use and food sources for the Denali Caribou Herd.  The collars used on wolves provide biologists with timely information on movements, mortality, and den occupancy. 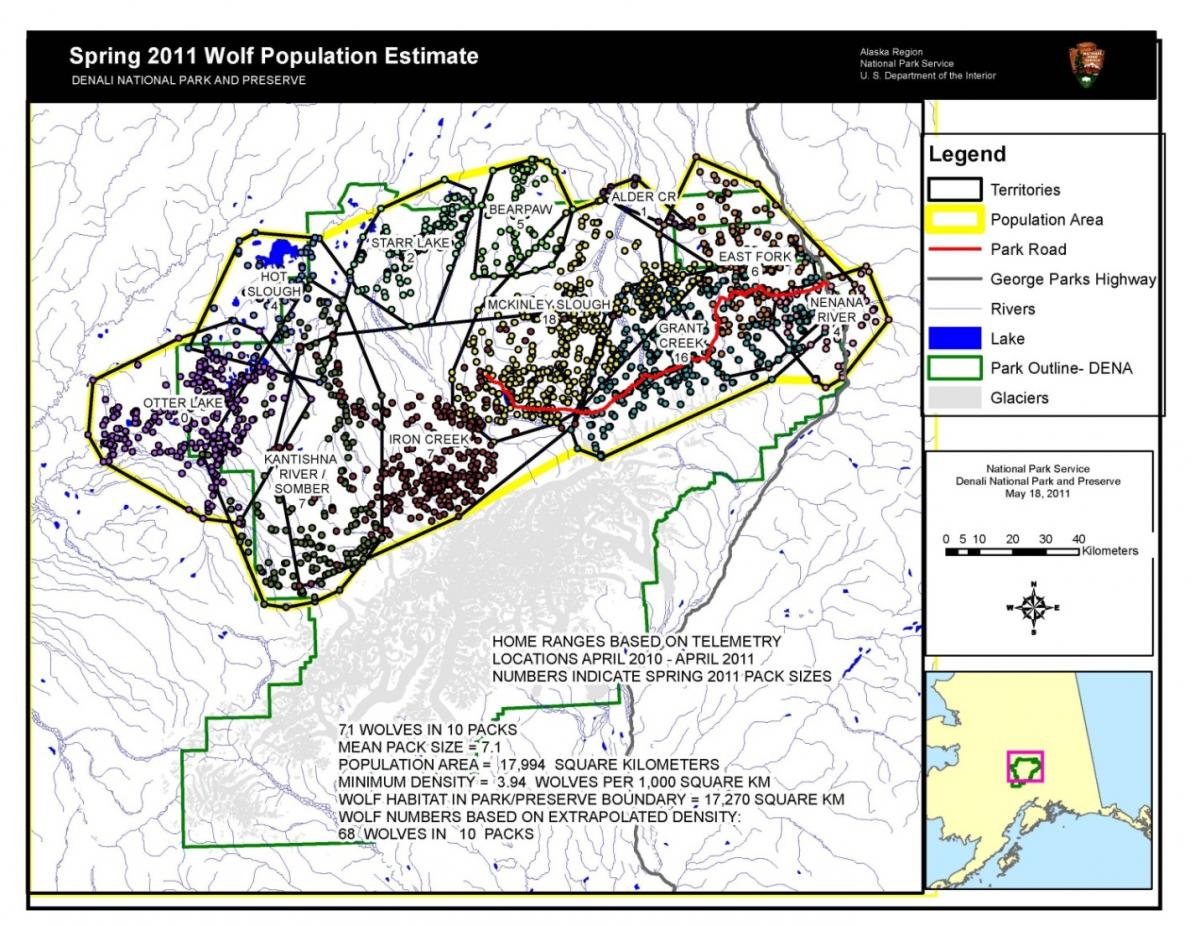 Nearly every wildlife research or monitoring project conducted by staff at Kenai Fjords National Park relies on GPS and/or GIS/remote sensing technologies to document geospatial data and monitor change.  Management decisions are often facilitated by GPS data analyzed and displayed on maps with satellite image backgrounds. As an example, the figure below illustrates results of a recent bald eagle nest survey along the park’s coast. 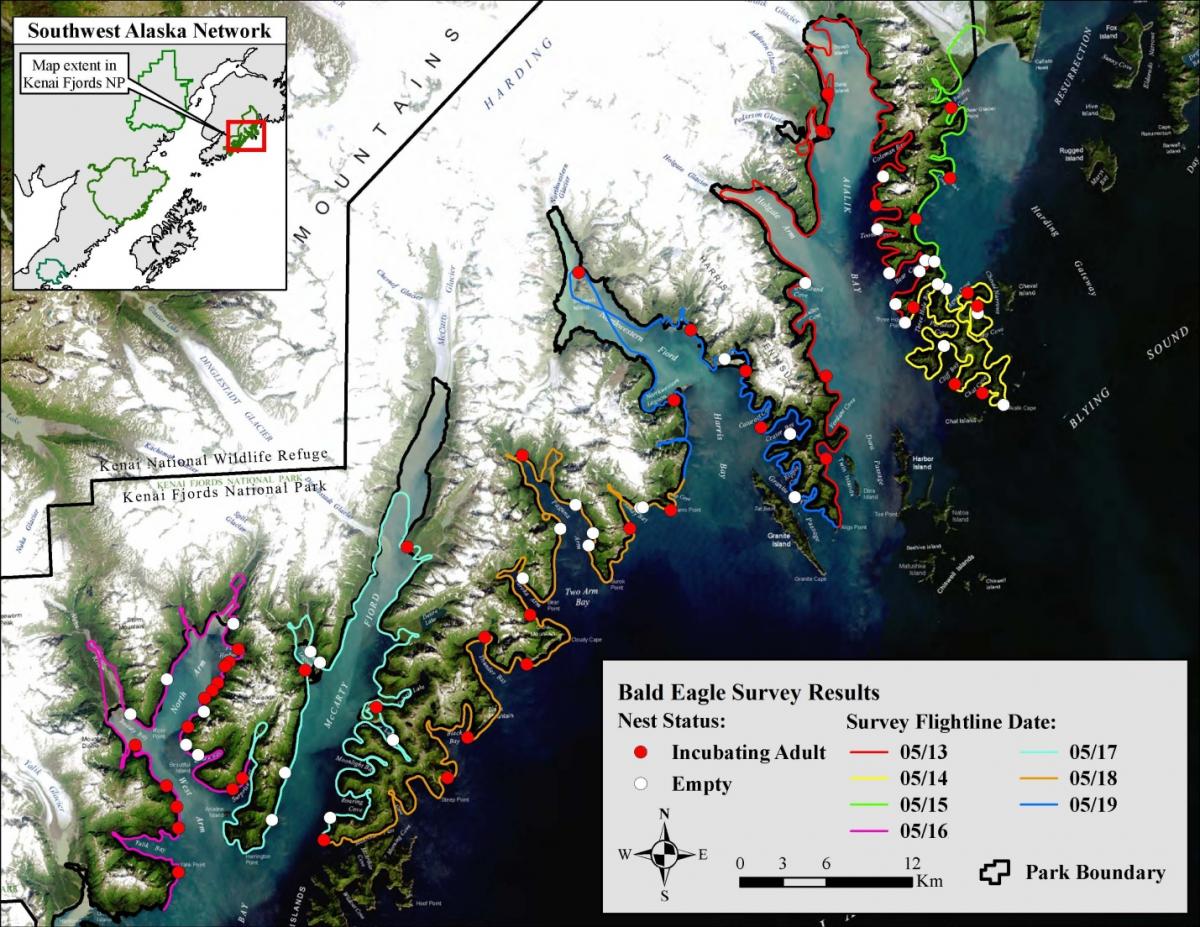