Slope angle is an important factor related to the stability and erosion susceptibility of the reclaimed land surface. (VIP 7)  Once a DSM is generated from the satellite imagery, a slope angle or steepness map can be readily created. The figure below shows slope angles of an active mining area in the McKinley site.  The legend depicts slope categories in units of degrees with green indicating flat slopes and progressing to steep slopes in red.

For this example at the McKinley site, the permit limits reclaimed slopes to18 degrees or less.  Therefore, inspection efforts will focus on areas identified in the yellow, orange or red categories in the legend and follow up with an on-site visit focusing on the areas of potential concern (yellow areas outlined in red) shown below. 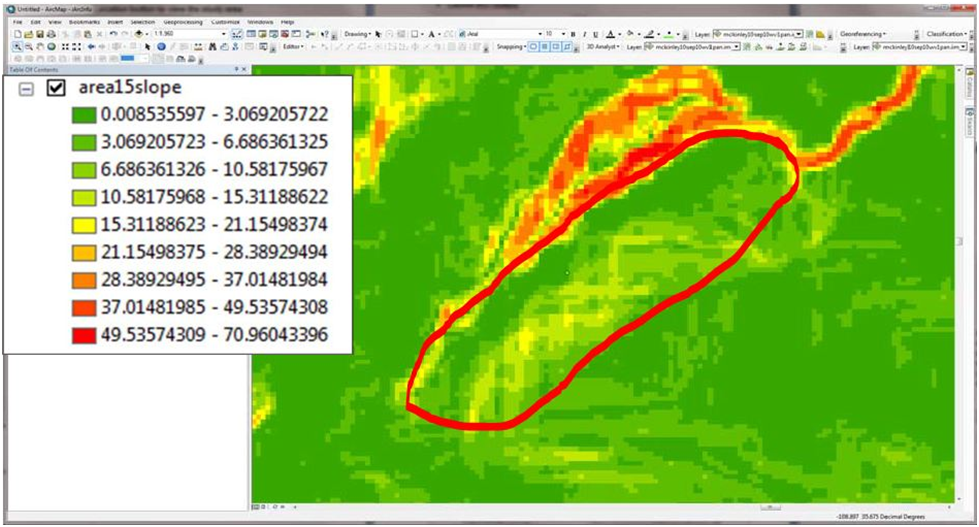 Slope Angle Map of the McKinley Mine site.