In an attempt to assess the viability of using legacy lidar data of varying collection density to characterize avian nesting habitat by species at a landscape scale, the existing lidar data from the North Carolina Floodplain Mapping Program were analyzed.  For several structural metrics, the results of the analysis were related to known nesting locations of bird species of interest to the U.S. Fish and Wildlife Service.  The dataset included 25.5 billion multiple return lidar points across the State of North Carolina.  Initial results indicate that the range (canopy height), skewness, and variance of the Z values from the lidar data could be used to measure differing habitat preferences between avian species and between geographically isolated populations of the same avian species.  These results could lead to more accurate modeling for species habitat across a large geographic area. 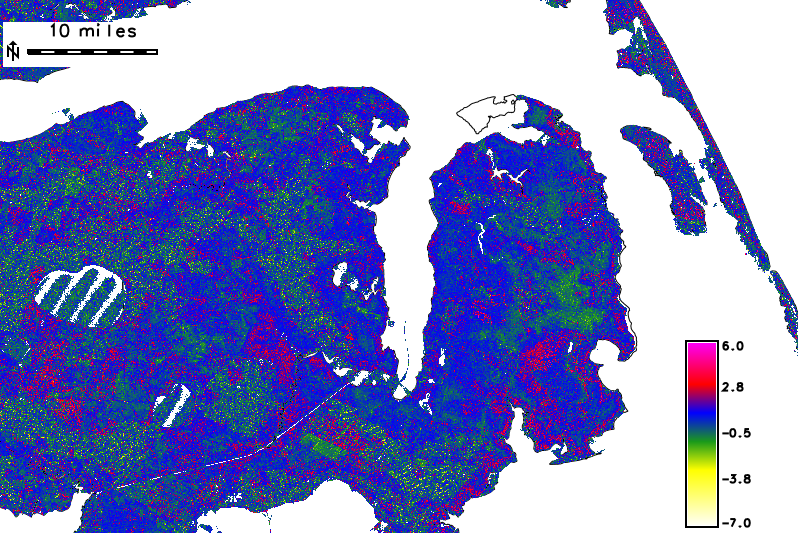