The Use of Satellite Telemetry to Evaluate Migration Chronology and Breeding, Migratory, and Wintering Distribution of Eastern Population of Sandhill Cranes

The Eastern Population (EP) of Sandhill cranes is rapidly expanding in size and geographic range.  The core of their breeding range is in Wisconsin, Michigan, and southern Ontario; however, the EP range has expanded in all directions as the population has grown.  Little is known about the geographic extent of breeding, migration, and wintering ranges of EP cranes, or migration chronology and use of staging areas.   Between 2009 and 2012, Global Positioning System (GPS) satellite Platform Transmitting Terminals (PTT)  were attached to 30  EP Sandhill cranes to assess their movements throughout the year.  Cranes were tagged at refuges in Indiana, Minnesota, Tennessee and Wisconsin.  Location and migration data for these birds are currently being received from Collecte Localisation Satellites (CLS) America Inc., Maryland, translated by software developed by North Star Science and Technology LLC, Maryland, and viewed using Environmental Systems Research Institute (Esri) ArcGIS software. 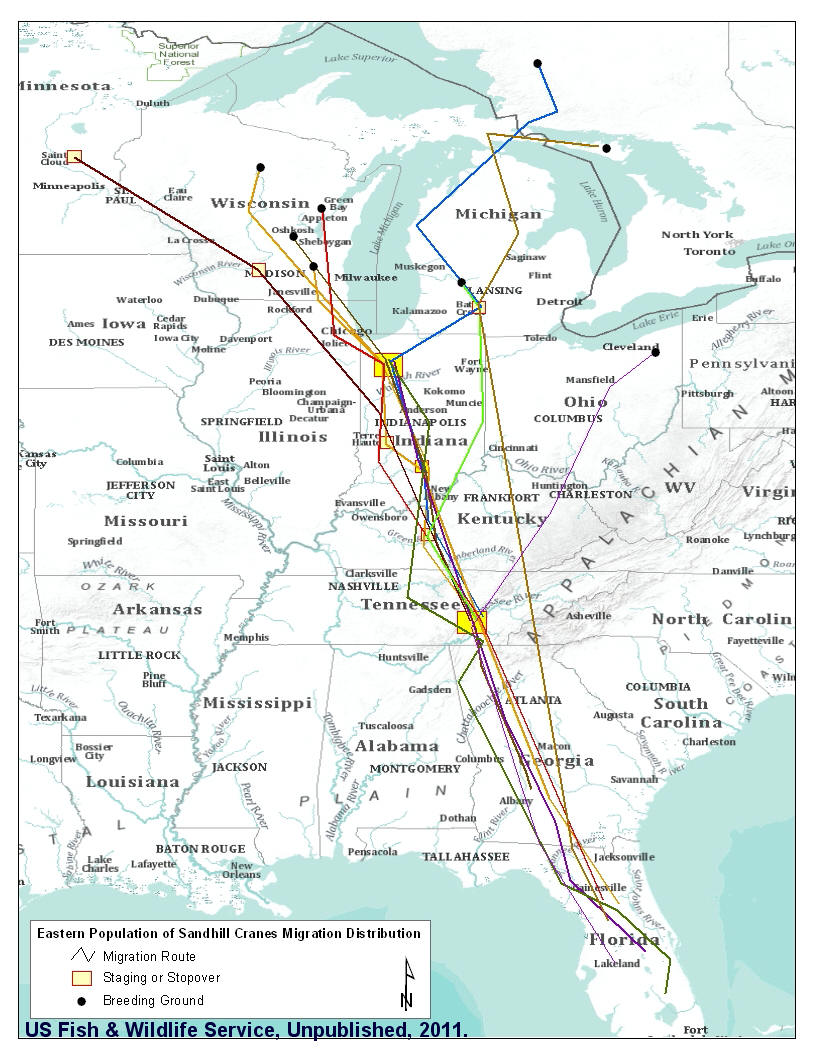