Malheur Lake at Malheur National Wildlife Refuge in Harney County, Oregon, is the largest freshwater marsh in the western United States and historically one of the most productive migratory waterbird habitats along the Pacific Flyway.  The lake’s size is highly dynamic, a result of being shallow, within a closed basin, and replenished primarily by runoff from spring snowmelt.  To improve our baseline knowledge for habitat management and monitoring, a terrain model of the lake bottom  was needed in order to construct a better area-depth-volume relationship and evaluate lake-size averages and extremes.  Lidar data and traditional surveying methods are unsuitable  because of water and substrate composition.   Shorelines were delineated from a series of freely available Landsat Thematic Mapper satellite images from 1985-2011.  Image dates were compared to historical lake-level staff gage readings.   From the imagery, “contour” lines were delineated around the lake shoreline to help  define a large portion of  a new terrain model.  The analysis showed the lake area typically fluctuates between an average low of 25,000 acres and an average high of 45,000 acres with recent extremes of 500 and 124,000 acres. 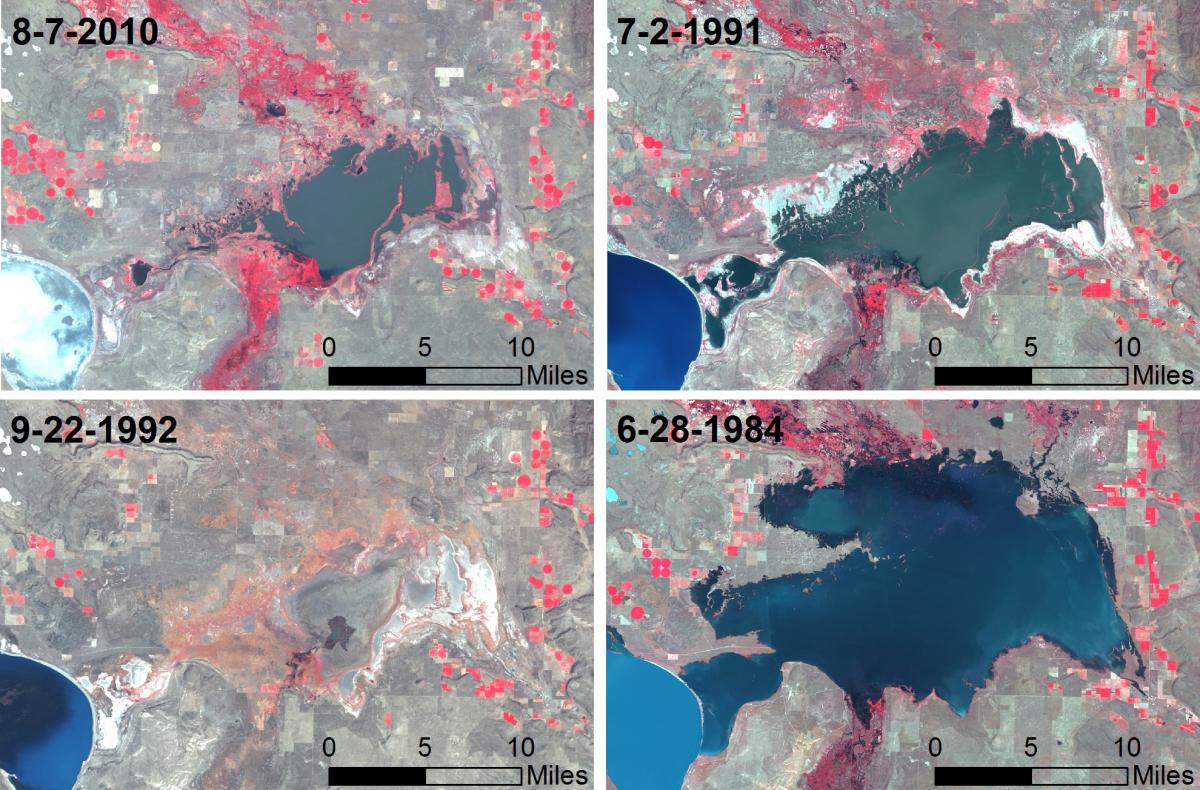