The topography of many Alaskan national parks has changed greatly over the last 50 years primarily because of glacier retreat and downwasting (thinning). Glaciers have downwasted as much as 640 m and retreated up to 17 km. Previous researchers developed a technique that determined glacier volume changes in southeast Alaska by comparing elevation data from the 1950s with data from the 2000 Shuttle Radar Topography Mission (SRTM) DEM. The Denali National Park and Preserve and the vast majority of Wrangell-St. Elias National Park and Preserve lie above 60°N latitude, where SRTM DEM data were not collected.

However, Denali was the first national park in Alaska to obtain nearly full coverage from a new 5-m spatial resolution, airborne Interferometric Synthetic Aperture Radar (IFSAR) DEM in June 2012. The new DEM covers approximately 98% of the park. With the acquisition of the IFSAR DEM, it was possible to determine topographic change over the last 50 plus years due to glacier changes. Preliminary results indicate that glacier volume loss within Denali was approximately 137 square km from about 1950 to 2010. All glaciers have lost volume and a few have downwasted over 200m in some locations. This project also establishes a baseline data set for program managers so that they can make informed decisions on resource stewardship and science communication. The methods developed here will be applied to other park areas as new data become available. 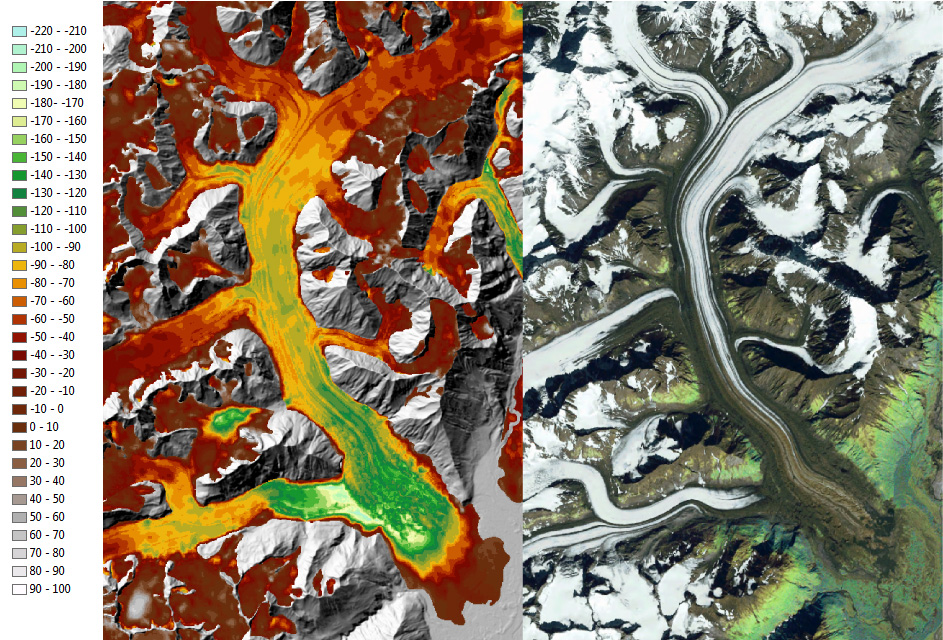