Vegetation ecologists within the National Park Service Arctic and Southwest Alaska Inventory & Monitoring (I&M) Networks, along with researchers at the University of Alaska Fairbanks Geographic Information Network of Alaska (GINA), have developed an algorithm to derive Normalized Difference Vegetation Index (NDVI) growing season metrics for Alaska using satellite data from MODIS. The MODIS data are acquired, processed to NDVI and distributed by GINA.  The NDVI data are grouped  by year, and 12 NDVI metrics are calculated for each year, including onset of greenness and end of greenness, which respectively correspond to start and end of season. The metrics are consistent with observed variation in phenology in southwest Alaska and the western arctic parks. Within NPS, the NDVI metrics are being used by ecologists to assess variation in growing season length and productivity across the 11-year period of record (2000-2011). 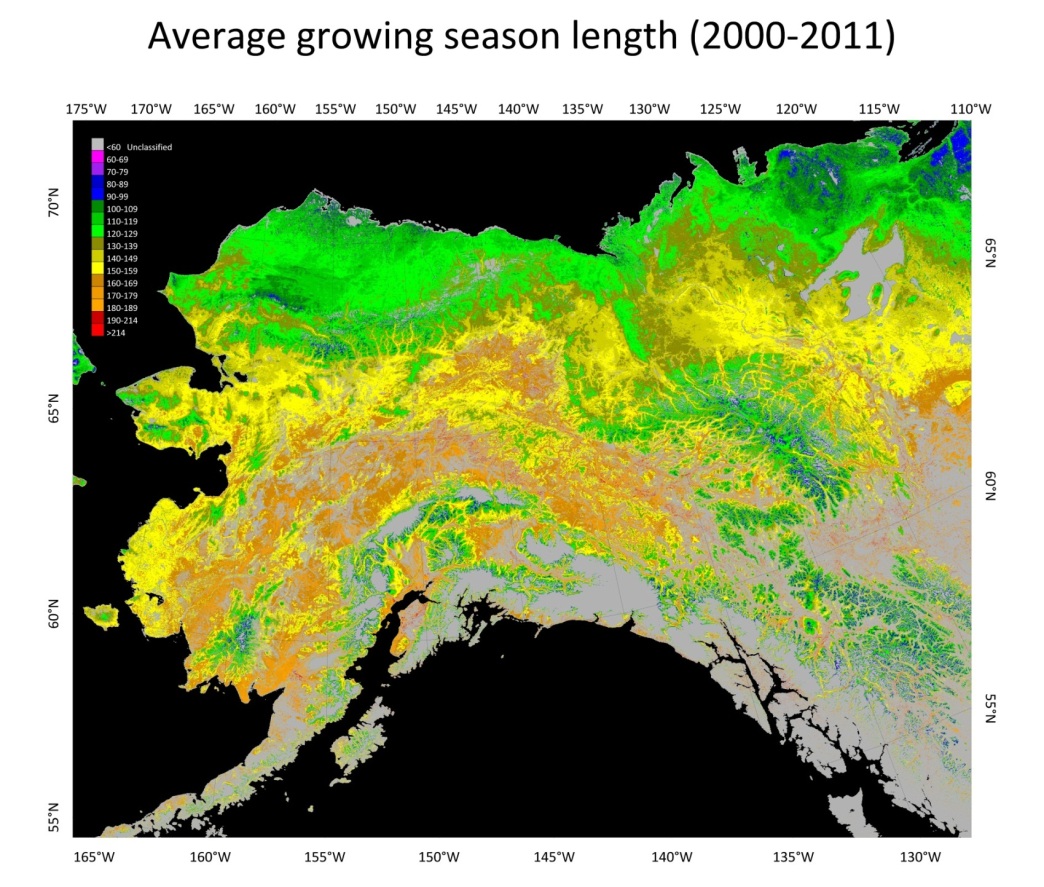