Seagrass or submerged aquatic vegetation (SAV) is a valuable and abundant resource found within the Gulf Islands National Seashore of Florida and Mississippi. Seagrass provides habitat for aquatic species such as lobsters, crabs, shrimp, fish, and manatees. It has been estimated that over 50% of the total seagrass coverage in the United States is found in the Gulf of Mexico. Seagrass grows in shallow waters and is therefore prone to damage and erosion from boats, propellers, fishing equipment, and wakes. In 2012, a technical assistance request was received from the park asking for an estimate of the total area of seagrass and to identify   areas of vessel scarring in order to establish a baseline for continued monitoring of seagrass. An Object-Based Image Analysis remote sensing technique was employed using 1-foot resolution, true color orthophotos with Trimble eCognition software. Almost 2,500 acres of seagrass were quantified in the park’s 110,000 water acres. 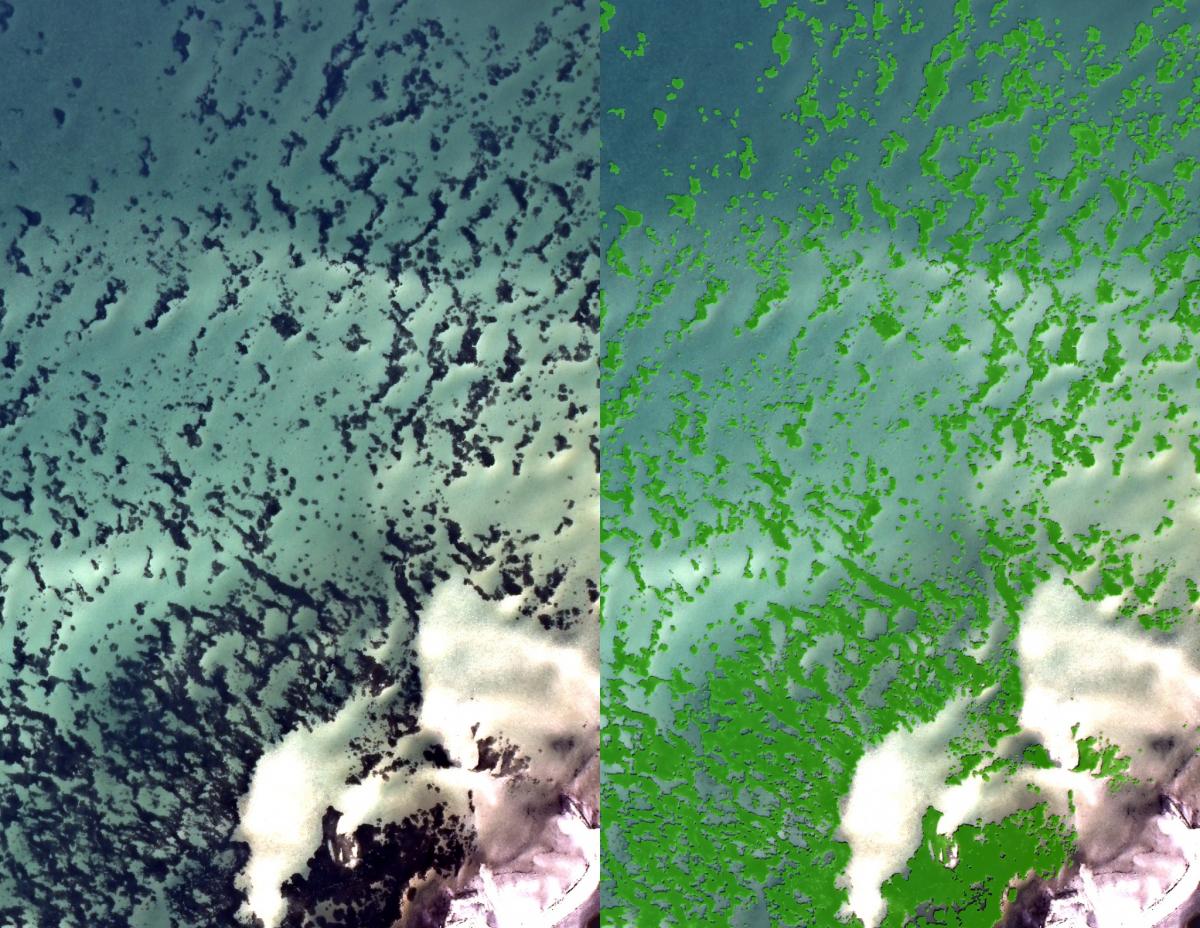 A side-by-side comparison of the base orthophoto (left) and the mapped seagrass in green (right) within Gulf Islands National Seashore.