A digital surface model (DSM) derived from WorldView-1 satellite imagery was used as supporting information in a court case dealing with an approximate original contour (AOC) dispute between OSM and a coal company.

OSM developed a method to derive a DSM from WorldView-1 stereo imagery.  The method that was developed allows for a streamlined process to extract DSMs in a timely manner to support field investigations.  A Trimble® ProXRT with a sub-decimeter (4-inch) accuracy global positioning system receiver and paired with a Trimble Nomad (data logger) were used to collect and verify surface elevation data and cross-section lines. The following map products were presented at the Office of Hearings and Appeals (OHA) hearing in November 2012:

The ability to provide visual representations of land surface changes due to coal mining activities was effective in support of OSM’s stand on the AOC litigation case in Oklahoma. First figure below shows 3D perspective of the land surface prior to mining and the second figure shows the land surface after mining. 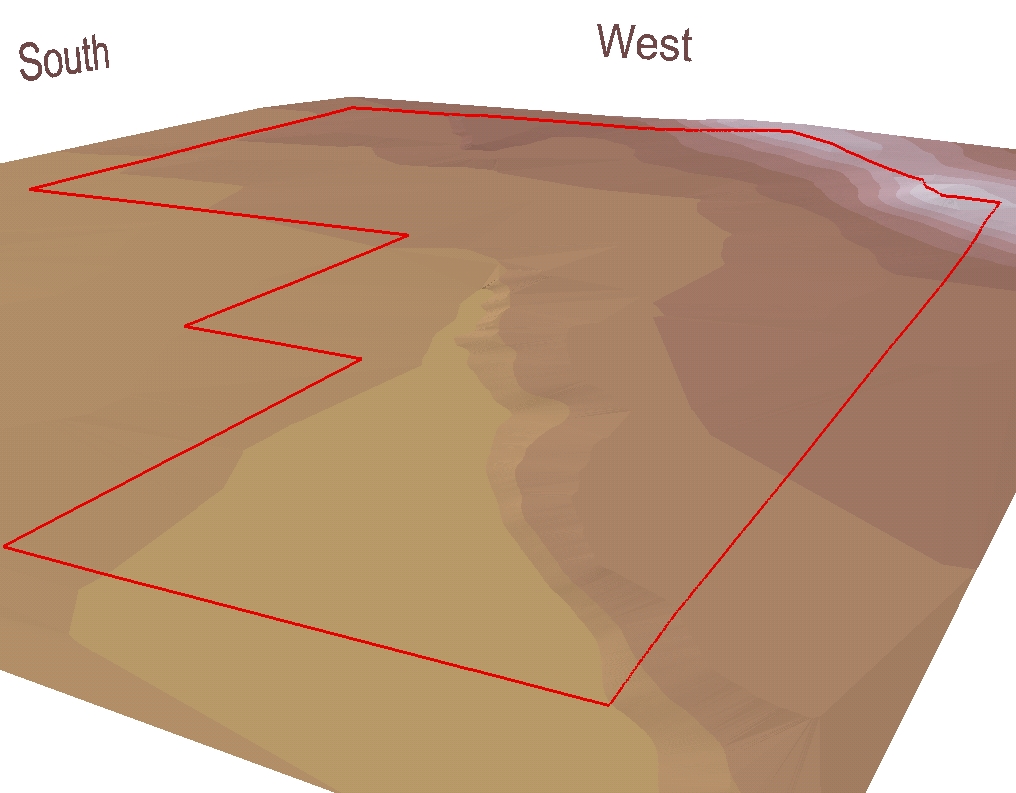 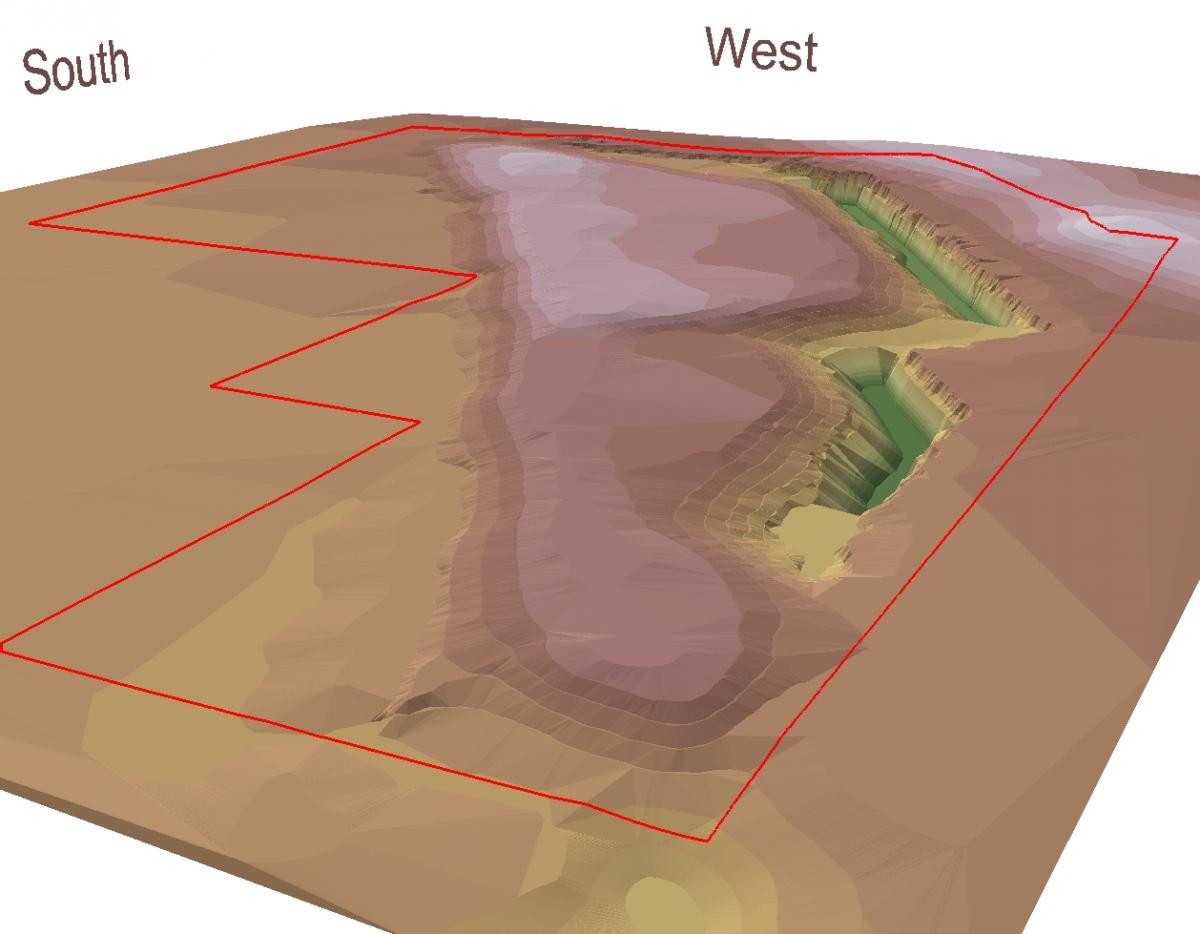