To address important information gaps about sea ducks, particularly in the face of increasing demands for hunting and increased interest in offshore energy development, the Sea Duck Joint Venture partnership launched an ambitious, large-scale satellite telemetry study of sea ducks in the Atlantic Flyway. From 2009 to 2014, more than 300 implantable satellite transmitters were deployed on sea ducks along the Atlantic coast and in Lake Ontario. Ducks were captured using a variety of techniques, including mist-netting, net-gunning, and night-lighting. Transmitters surgically implanted in sea ducks provide location data every few days for up to 2 years. The ongoing study is generating a wealth of detailed information on coastal and marine areas used by sea ducks throughout the year. 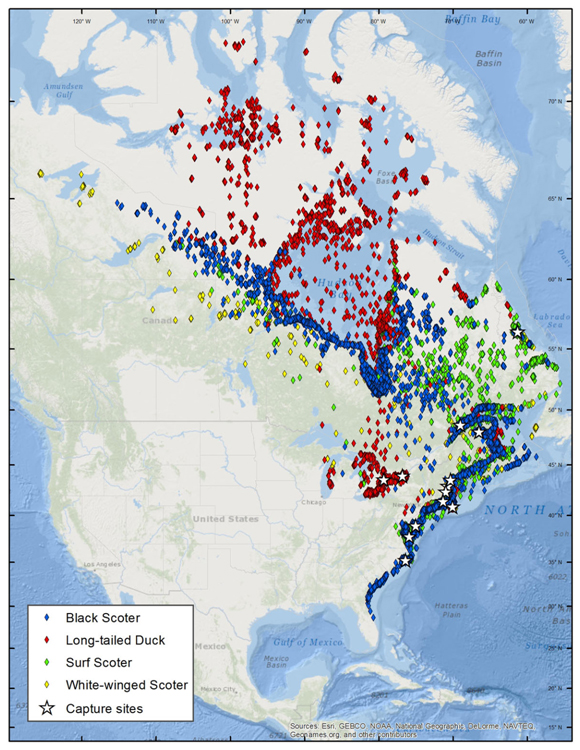 Geographic extent of locations determined from satellite telemetry of sea ducks marked along the Atlantic coast and Great Lakes.