PALSAR is a satellite imaging radar sensor that is very sensitive to differences in plant biomass, structure, and inundation patterns, allowing for the detection and delineation of these tall (up to 5 m), high density, high biomass invasive Phragmites stands.  Classification was based on multi-season PALSAR L-band (23 cm wavelength), HH, and HV polarization data.  Seasonal (spring, summer, and fall) datasets were used to improve discrimination of Phragmites by taking advantage of phenological changes in vegetation and inundation patterns over the seasons.  Extensive field collections of training and randomly selected validation data (over 300 per basin) were conducted in 2010–2011 to aid in mapping and for accuracy assessments. Overall basinwide map accuracy was 87% based on two classes of Phragmites and Other land cover types (primarily wetlands).

The invasive Phragmites maps are being used to identify major environmental drivers of this invader's distribution to assess areas vulnerable to new invasion and to provide information to regional stakeholders through a decision support tool.  Generation of these products was led by Dr. Laura Bourgeau-Chavez, Michigan Tech Research Institute, with funding support by the U.S. Fish & Wildlife Service and the U.S. Geological Survey via the Great Lakes Restoration Initiative. 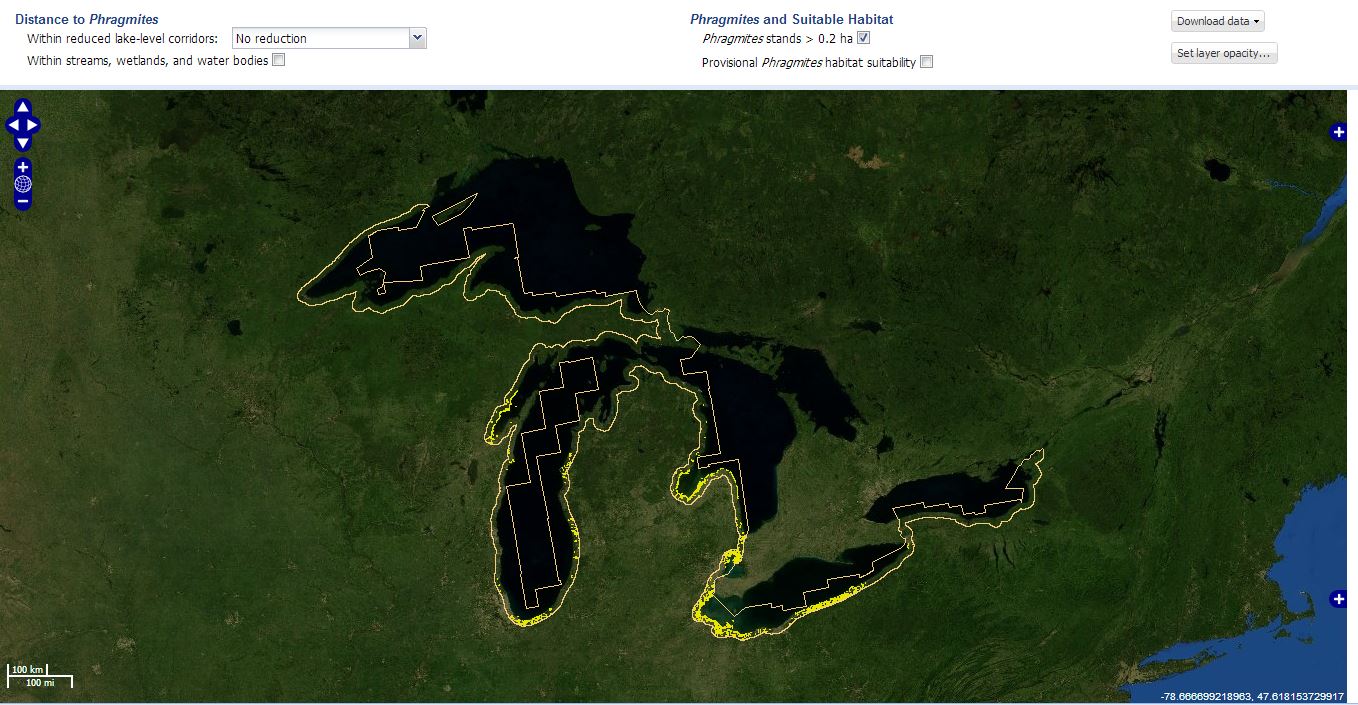