In June 2014, photogrammetry personnel from the BLM National Operations Center documented the rock art panels at Castle Gardens in central Wyoming.  The panels, etched in sandstone, have sustained damage from years of erosion and vandalism.  Ground-based, close-range photogrammetry was used for documentation, which will support future monitoring and preservation activities.

High-resolution stereo imagery was captured using a digital single lens reflex (SLR) camera.  Calibrated target sticks were incorporated for scaling purposes. An initial series of stereo photos were taken at a distance of 1–2 m, using both handheld capture and remote triggering of the camera while attached to a monopod.  An additional series of stereo photos for each panel was taken 7–8 m away. The use of two distances maximizes coverage and produces multiple look angles, which improves accuracy during photogrammetric processing.

The imagery was processed using Agisoft Photoscan photogrammetric processing software to generate a high-quality dense point cloud, mesh, and texture data for each rock art panel.  High-resolution mosaic photos (1–2 mm resolution) and 3D models were generated from the point cloud (see figure).   Field office personnel can reimage the panels in the future and, using the initial point cloud as a baseline, compare them with a new point cloud to detect differences in the sandstone over time. 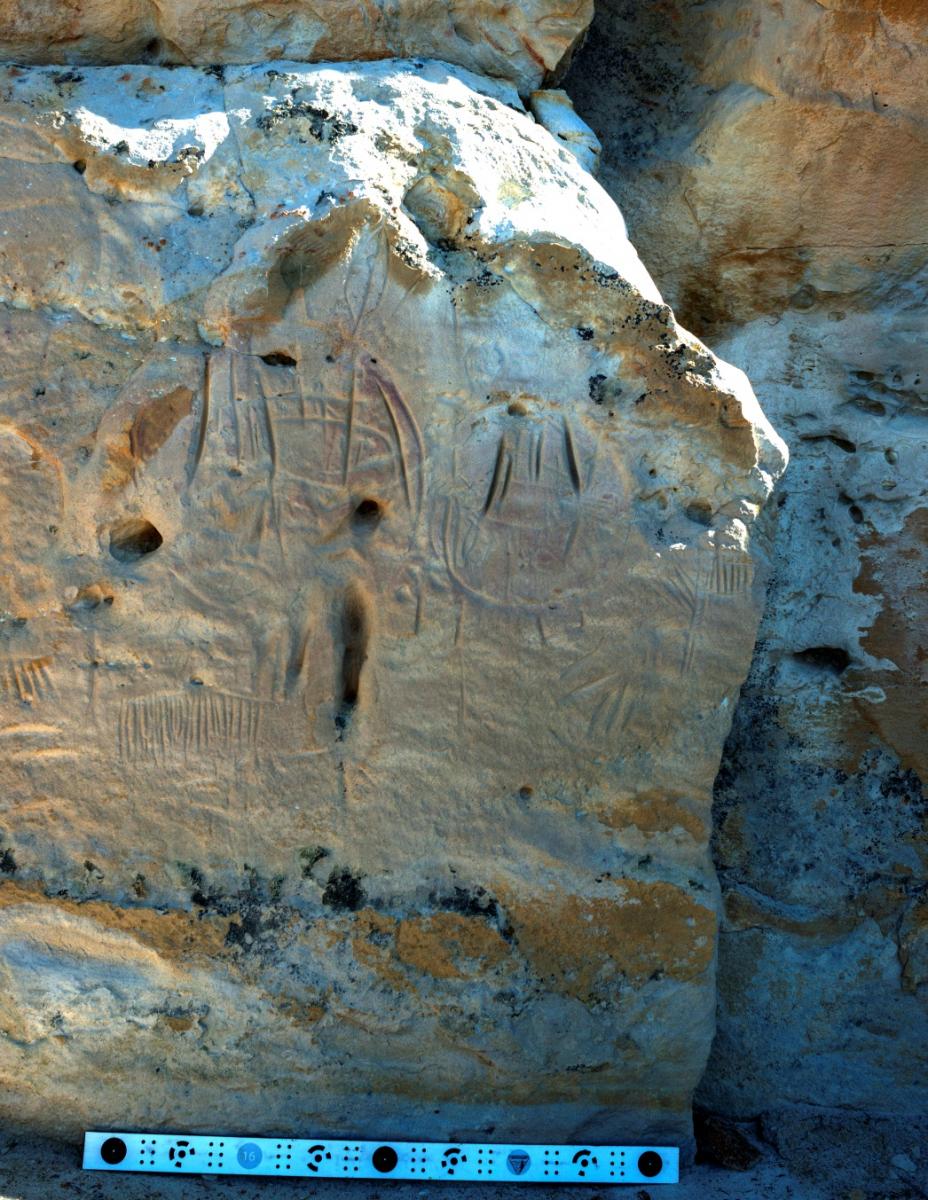 Dense point cloud generated for rock art at Castle Gardens, Wyoming. The scale bar at the bottom of the image is 1 meter long.