The BLM and U.S. Forest Service (USFS) Greater Sage-grouse Monitoring Plan is designed to monitor the implementation and evaluate the effectiveness of actions to conserve the species and its habitat. A multi-scale monitoring approach is necessary as sage-grouse are a landscape species, locating themselves within the environment based on a hierarchy of features from broad-scale to site-specific. Conservation is therefore scale-dependent, and conservation actions to benefit populations are implemented within seasonal habitats.

The sagebrush layer (see figure) allows the estimation of existing sagebrush percentage as well as other landscape indicators, such as patch size and number, patch connectivity, linkage areas, and landscape matrix and edge effects.  As conservation and restoration efforts change land use and land cover, the sagebrush layer will be updated in synchrony with LANDFIRE updates, allowing the determination of trends in cover across a variety of reporting scales. 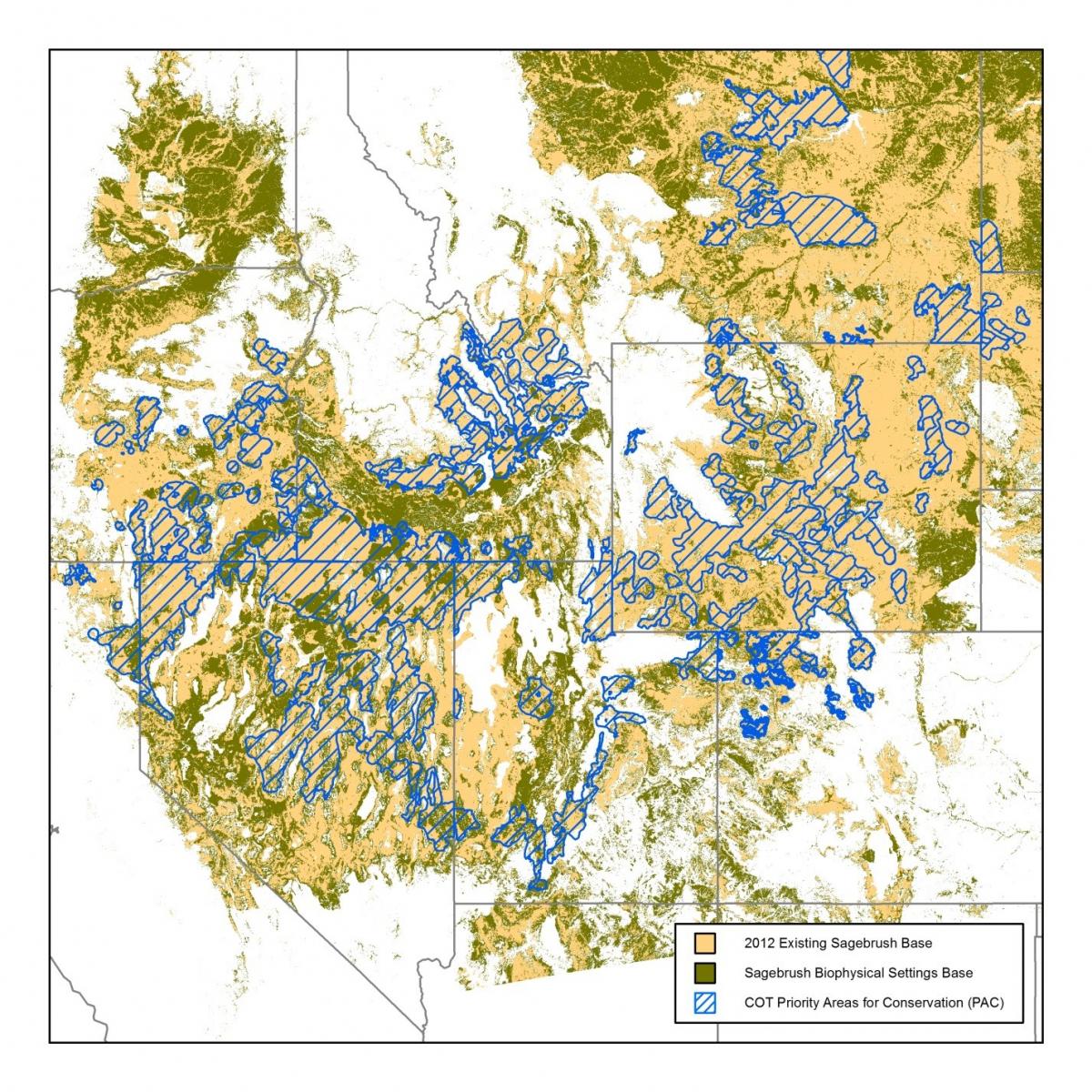 The map displays the Conservation Objectives Team’s (COT’s) final 2012 sagebrush base layer that will be updated periodically to monitor critical habitat used by sage-grouse.  For reference purposes, the LANDFIRE BioPhysical Setting is also displayed, which shows the areas that have environmental conditions favorable to supporting sagebrush. These could be areas where sagebrush has been lost and/or areas that can be managed for and converted to sagebrush in the future.