The BOR administers the Operating Criteria and Procedures (OCAP) for the Newlands Reclamation Project, which covers approximately 61,000 acres in Nevada. The OCAP directs BOR and the Truckee-Carson Irrigation District to identify and report "the number of acres of eligible land irrigated in the Project" as well as "possible irrigation of ineligible land" and "eligible land that was not irrigated." Using SPOT (Satellite Pour l’Observation de la Terre) imagery, BOR derives an average vegetation index for each of 8,000 agricultural fields four times per year to assist in the determination of the irrigation status. 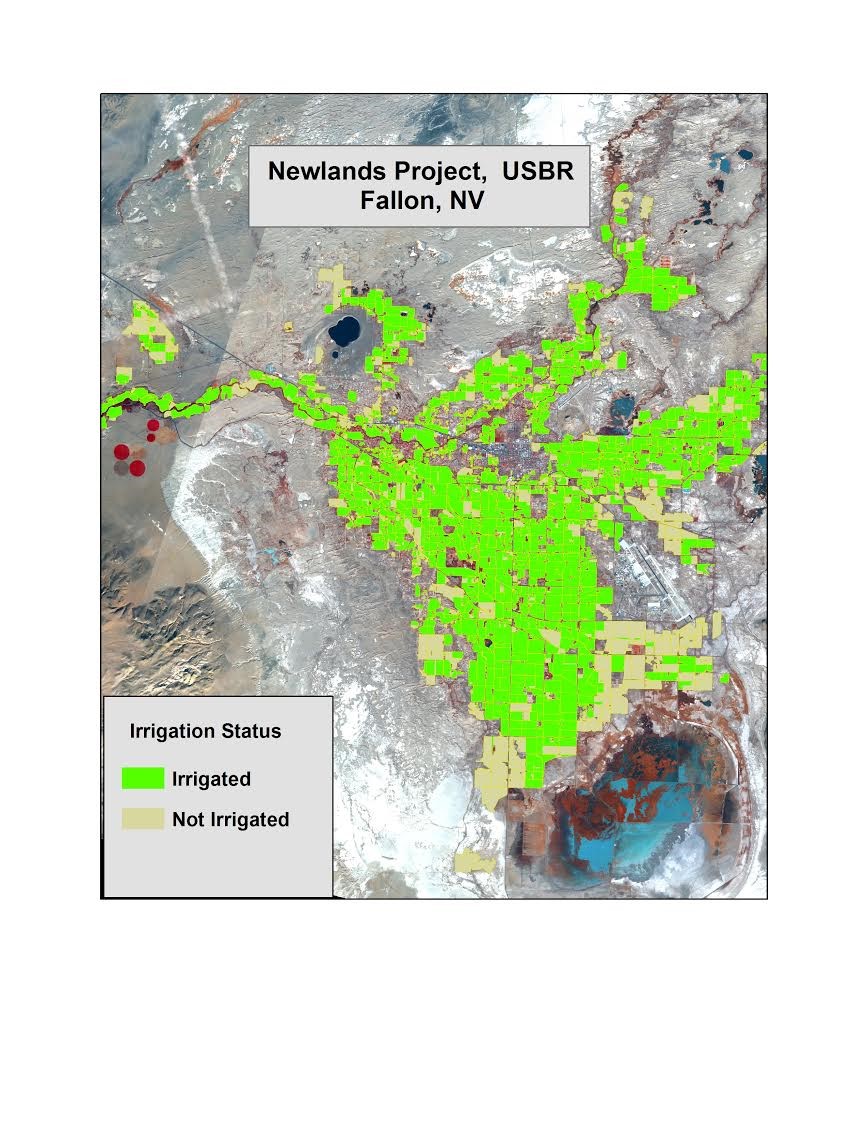