Ouray National Wildlife Refuge is located near the town of Vernal in northeastern Utah along the Green River. River dynamics are a major driver in forming and sustaining ecological processes that directly influence floodplain habitats and the wildlife they support. In addition to supporting numerous migratory birds, the refuge also plays an important role in conservation efforts for four endangered Colorado River fish, particularly the razorback sucker. Refuge floodplain bottoms fill when the river floods, providing key brood-rearing habitat for juvenile fish.

The refuge is located in the overlap region between two Landsat 8 satellite footprints; therefore, the refuge is imaged every 7 to 9 days, instead of every 16 days. The frequent coverage and relatively cloud-free conditions of this dryland environment provide a time series of imagery that is useful for documenting flooding events. Because of the rapid processing and posting of the data by USGS (typically less than 12 hours after image capture), staff can compare the images with on-the-ground observations in near-real time, which enhances their understanding of the flooding event and the floodplain system itself. Flood entry points and duration and extent of flooding are also documented from these images. 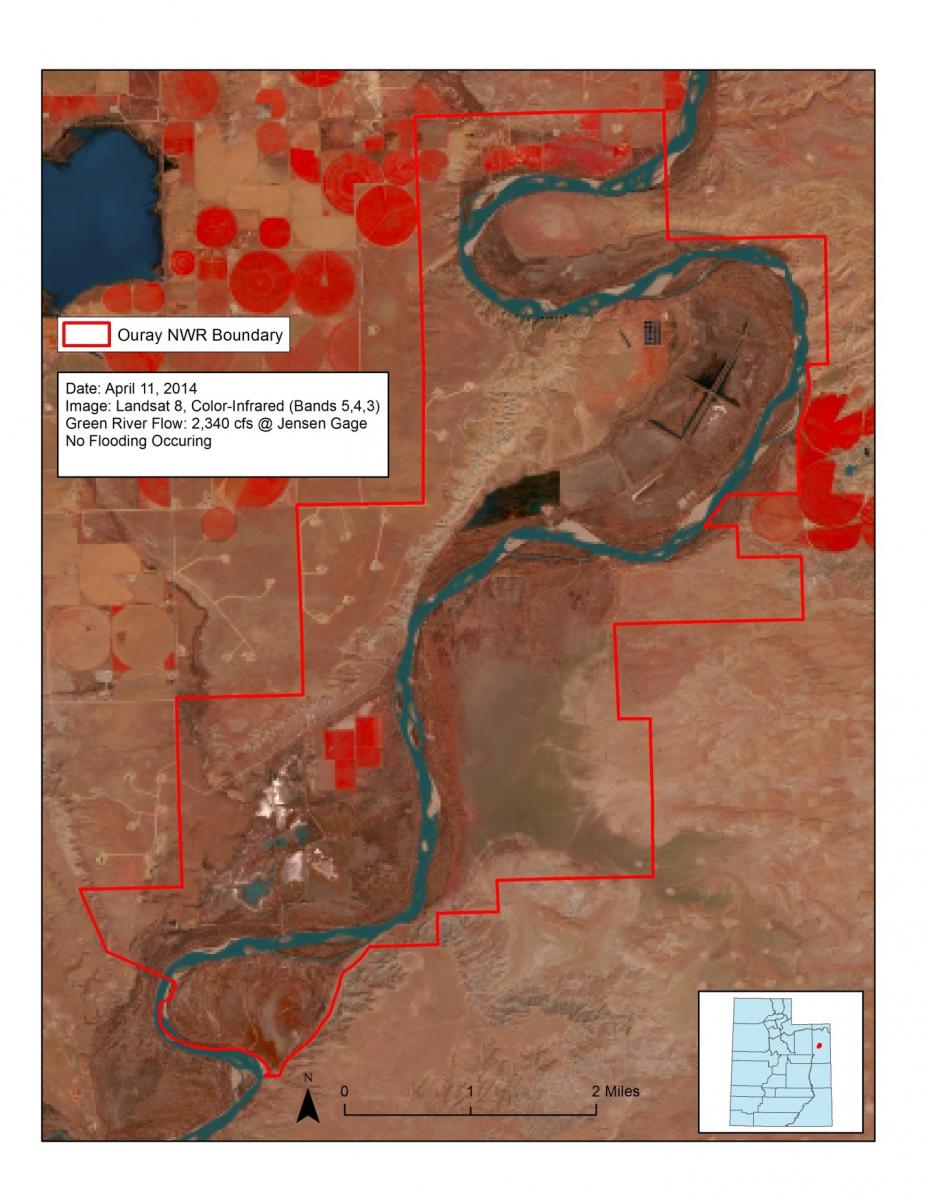 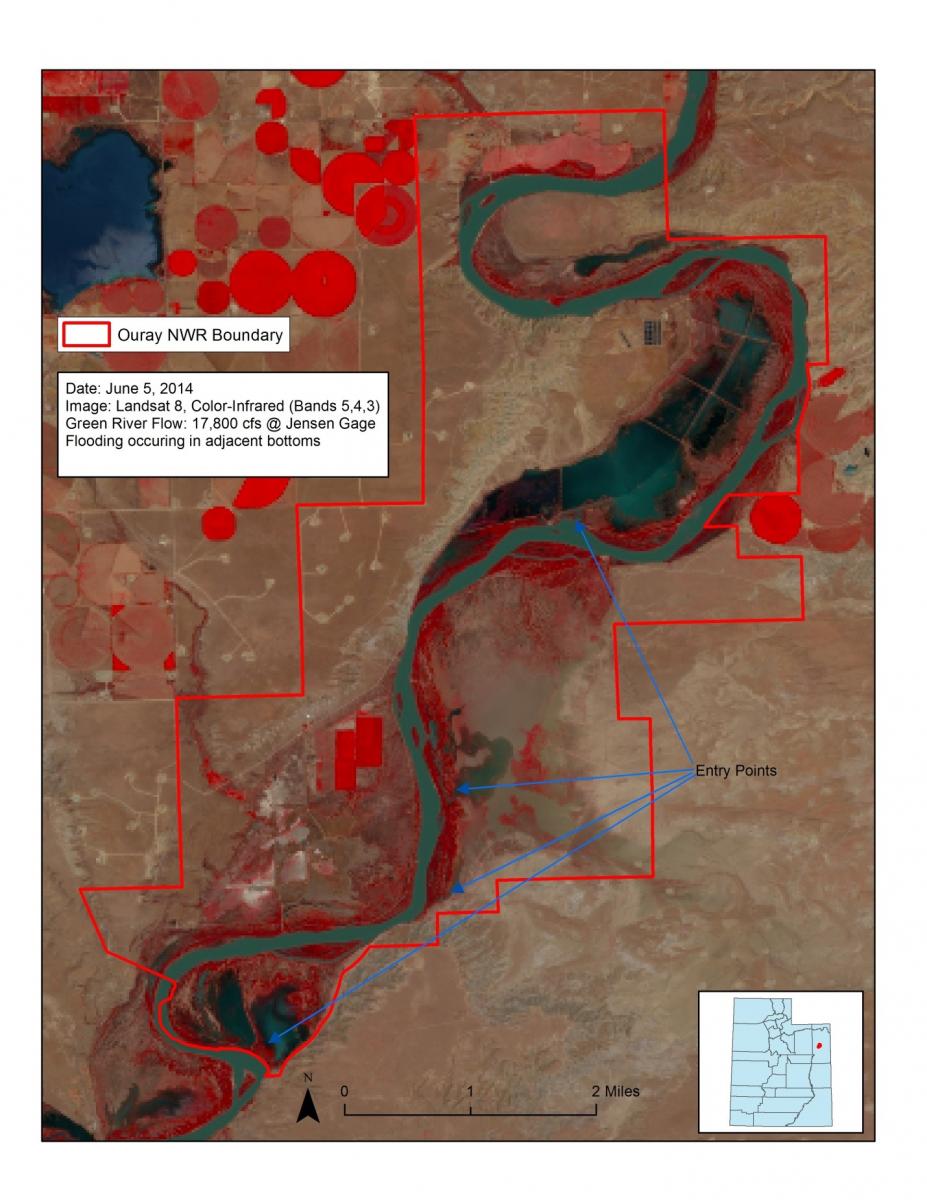 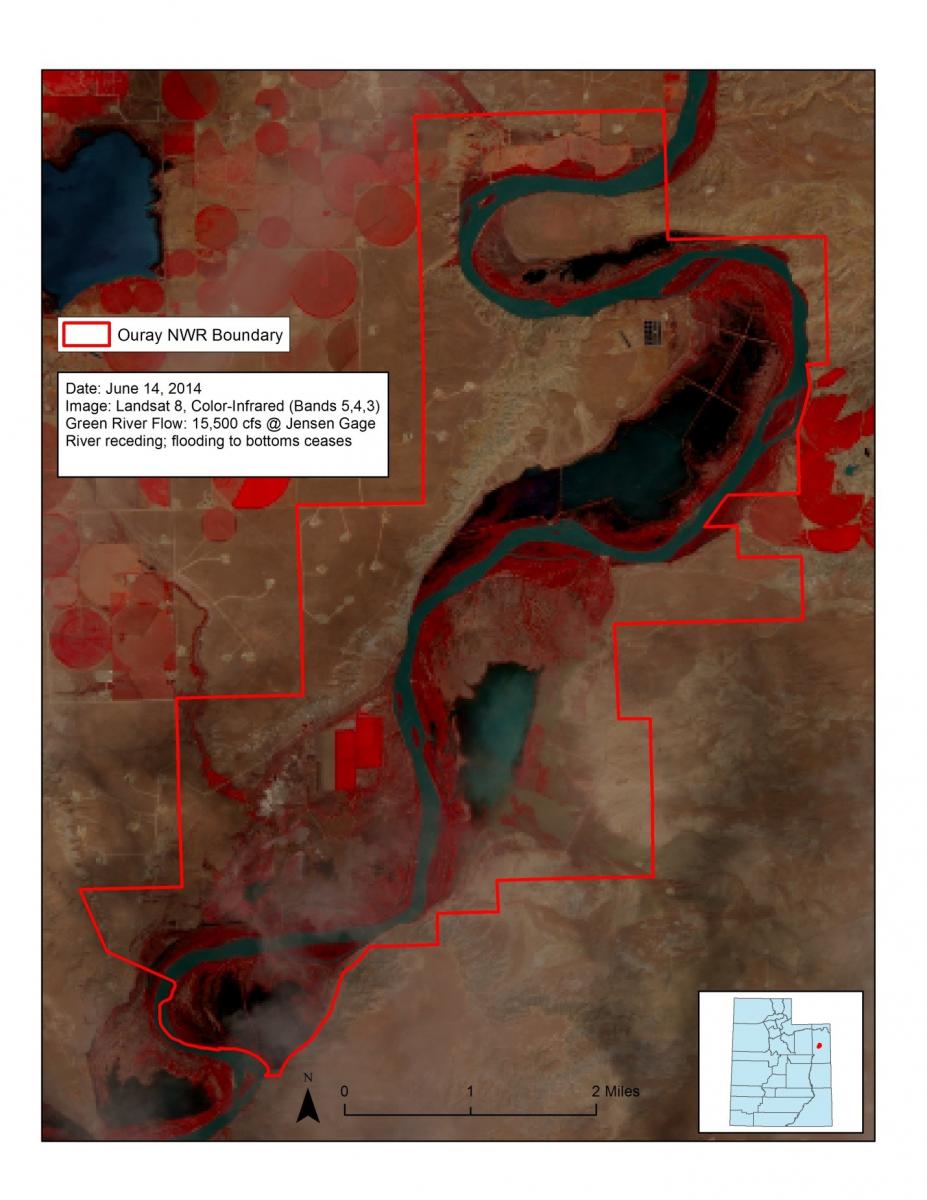