Second Fort at Fort Union National Monument in Watrous, New Mexico, is a massive star-shaped fortification built by the Union Army in 1861 to protect the New Mexico Territory, the Santa Fe Trail, and the Colorado gold fields from Confederate invasion. The 33-acre earthen fort was occupied by the Union Army from 1861 to 1863 and then abandoned. The fort is believed to be the only complete, archeologically intact Civil War–era fortification of its kind anywhere in the United States.

In November 2013, Dr. Robert Pack, Director of Utah State University’s Center for Advanced Imaging LADAR (CAIL), conducted a low-altitude aerial lidar survey of Second Fort as part of a cooperative agreement between the NPS and CAIL. The collection of high-resolution elevation data from lidar furnished the NPS with precise topographical data to create a 0.5-m Digital Elevation Model (DEM) of Second Fort and the surrounding area.

In June 2014, Dr. Danny Walker, University of Wyoming, and his archeological team used these data during their 15-day comprehensive geophysical survey of Second Fort. His analysis of the elevation data located a previously unrecognized structure within the fort.

In August 2014, Dr. Doug Scott, University of Nebraska, and his archeological team used the lidar data during their 5-day metal detection survey around Second Fort. Following clues gleaned from the earlier fieldwork, Scott pinpointed two possible regimental encampments dating to the Civil War—one associated with the 1st Colorado Volunteers and another associated with the 1st New Mexico Mounted Volunteers.  Research is continuing and the high-resolution elevation data were essential in rediscovering the story of the fort. 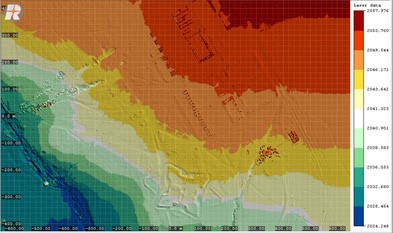 Recent lidar imagery of the Fort Union National Monument area. Second Fort is located at the bottom center of the image. 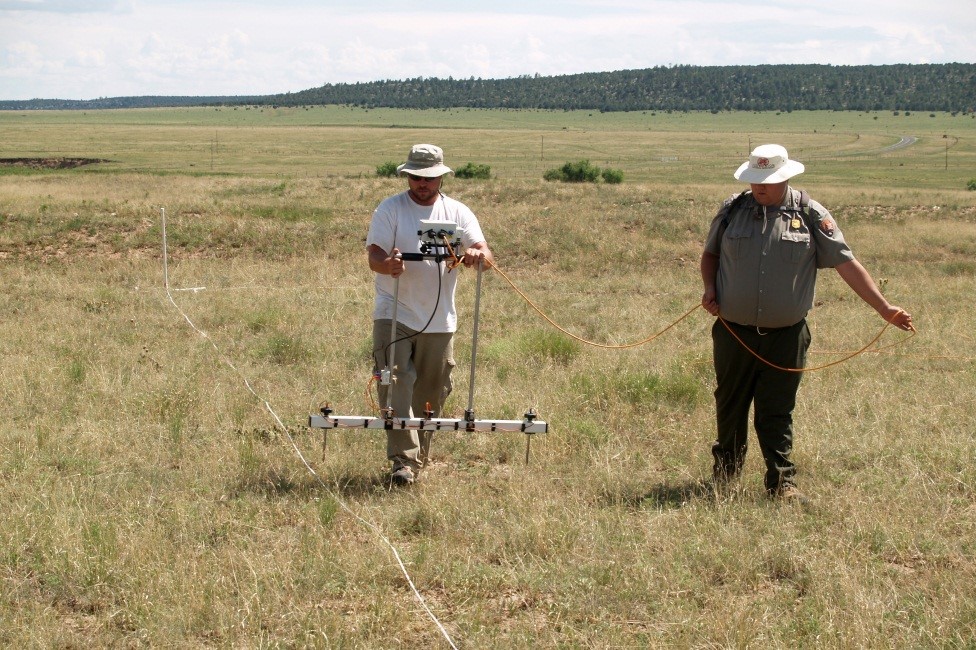 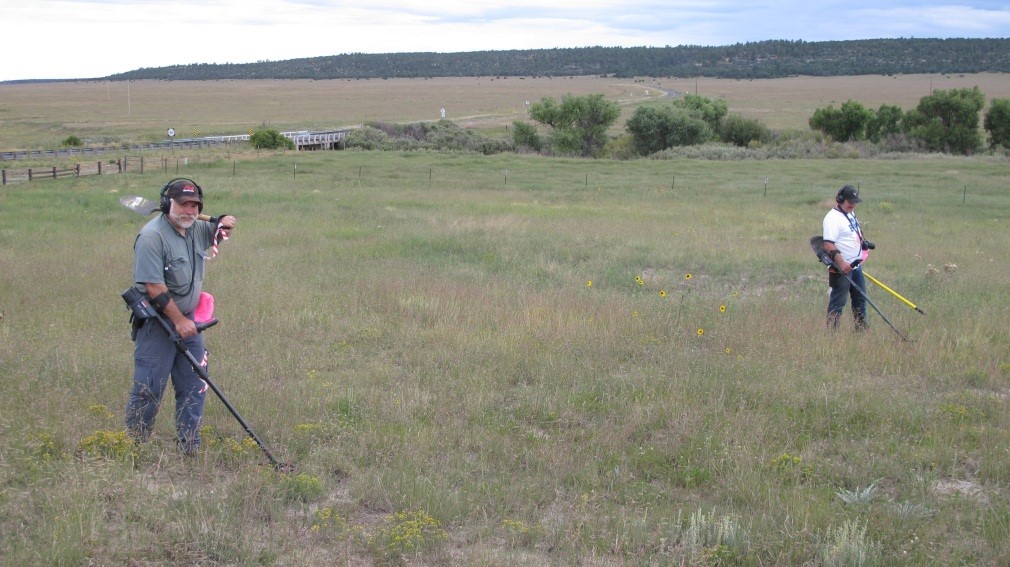