NPS used Moderate Resolution Imaging Spectroradiometer (MODIS) satillite images to evaluate trends in snow cover persistence over Alaska's arctic national parks. The MODIS Terra daily snow cover data from the National Snow and Ice Data Center were processed by Geographic Information Network of Alaska (GINA) at the University of Alaska, Fairbanks, to determine the annual start and end of the snow season for each 500-m pixel from 2000 to 2013. NPS scientists then summarized the spatial and temporal trends in the five NPS units of the Arctic Inventory and Monitoring Network of northern Alaska. Large year-to-year variability was observed for the date of the end of the snow season.  This information has potential applications related to wildlife survival and severity of the subsequent fire season. 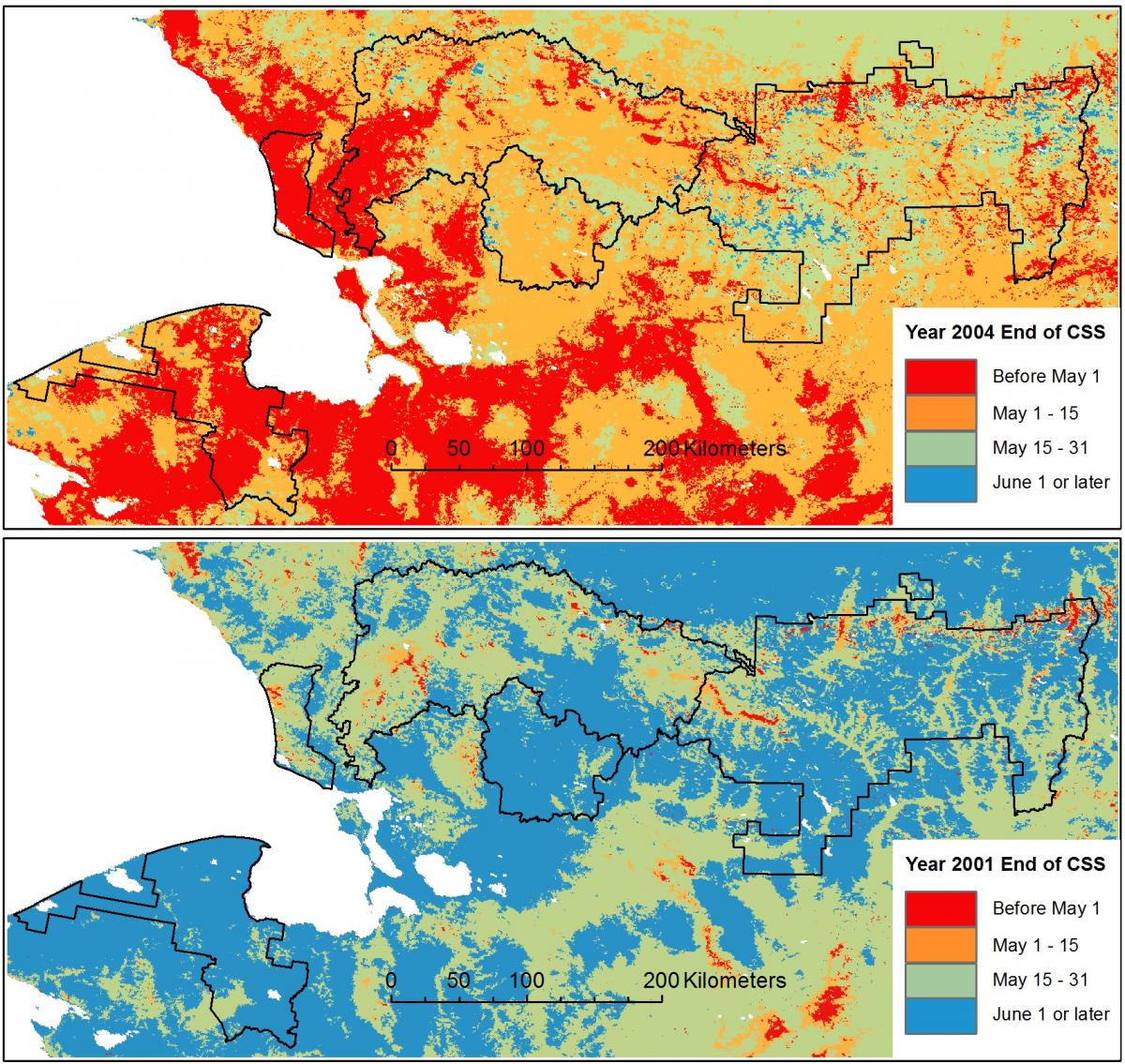