Groundwater basins in California are being used as local reservoirs to supplement water supplies. Water managers need more information on the relationship between land subsidence and water extraction. Studies are being conducted in the San Joaquin and the Coachella Valleys to provide important information for various Federal, State, and local stakeholders to manage and minimize the impacts of land subsidence upon water-conveyance infrastructures (including the California Aqueduct) and water deliveries in the valleys. The studies use conventional and persistent scatter IFSAR remote sensing data and GPS data to measure land surface elevation changes, which are then compared to groundwater levels and local geology. In the San Joaquin Valley, a large area of subsidence was detected that includes parts of the Delta-Mendota Canal, the San Joaquin River, and the Eastside Bypass; maximum subsidence rates approached 300 mm (1 ft) per year during 2008–2010. Preliminary analyses also indicated a second area of subsidence in the San Joaquin Valley between Fresno and Bakersfield, where the Friant-Kern Canal may be adversely impacted. In the Coachella Valley, as much as 610 mm of subsidence during 1995–2010 was measured using IFSAR. To mitigate current and potential future subsidence-induced damage, parts of the Coachella Branch of the All-American Canal are being realigned. 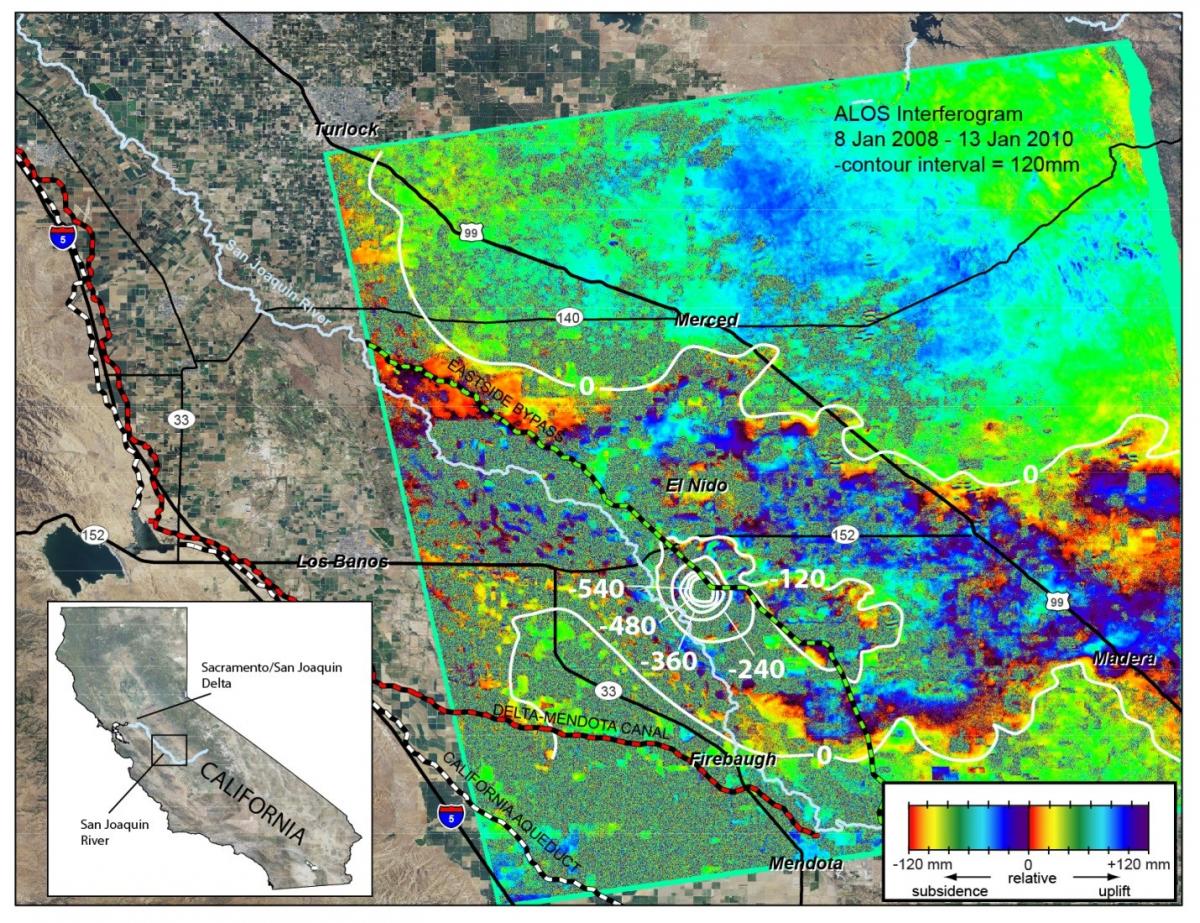