In 2001, a nearly 5-month-long sequence of shallow, mostly small magnitude earthquakes occurred beneath Spokane, Washington (population 200,000). During most of the sequence, the locations of the earthquakes were not well determined because seismic instrumentation was sparse. The earthquake hypocenters were likely very shallow, because residents near the city center both heard and felt many of the earthquakes. The combination of poor earthquake locations and a lack of known surface faults that have shown recent movement makes assessing the seismic hazards related to the earthquake swarm difficult. Using interferometric synthetic aperture radar (InSAR) data from the European Space Agency’s ERS2 and ENVISAT satellites and the Canadian Space Agency’s RADARSAT-1 satellite, we are able to show that a slip on a shallow previously unknown thrust fault, which we named the Spokane Fault, was the source of the earthquake sequence. The part of the Spokane Fault that slipped during the 2001 earthquake sequence underlies the northern part of the city, and the slip on the fault was concentrated at a depth of between ~0.3 and 2 km. Projecting the buried fault plane to the surface gives a possible surface trace for the Spokane Fault that strikes northeast from the city center into north Spokane. 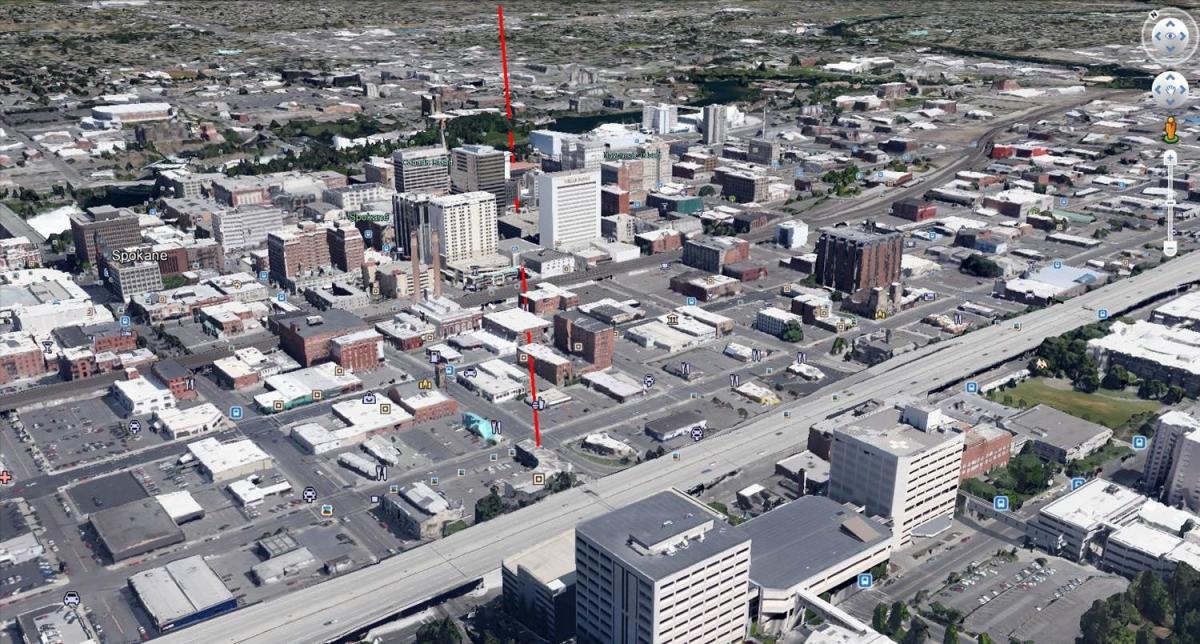 The inferred surface trace (red) of the Spokane Fault in Google Earth, looking northeast across Spokane.