The locations of existing and proposed water pipelines in multi-county tribal water systems in North and South Dakota are being mapped and documented in pipeline mapbooks.  The 2014 National Agricultural Image Program (NAIP) Orthoimagery was used as the basis for pipeline mapbooks, which can include over 2,000 pages. The pipeline data have been collected using field Global Positioning Systems (from Bartlett & West Engineering for this mapbook). Pipelines are depicted as existing Main and Secondary sections and planned Design pipelines. The mapbooks are distributed in digital format from the Bureau of Reclamation to Indian Health Services, Bureau of Indian Affairs, Tribal officers, the U.S. Geological Survey, North Dakota State agencies, contract workers, and other entities. The books are considered valuable resources for planning and construction. 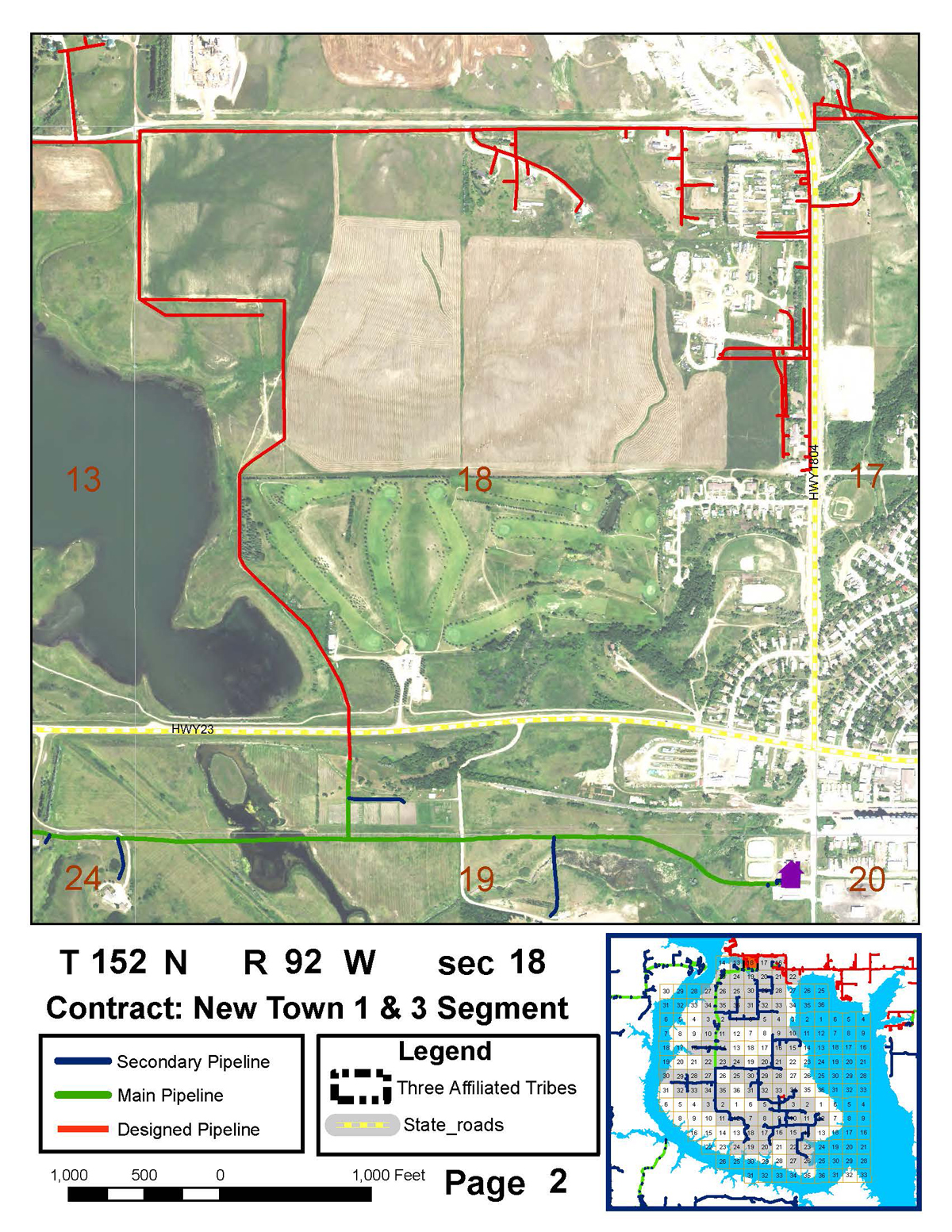 Mapbook page of proposed pipeline construction. North is oriented toward the top of the image.