Sound navigation and ranging (sonar) data were coupled with historical topographic  data to map the extent and volume of silt collected behind the Heart Butte Dam reservoir in southwestern North Dakota. An elevation raster of the land surface submerged beneath the dam was created using sonar with 1–foot (0.3-m) depth intervals collected by the North Dakota Game & Fish Department.  To depict the landscape before the dam was created, pre-dam contour and river lines were derived from a historical topographic map obtained from the U.S. Geological Survey’s The National Map and recreated in ArcGIS. This ArcGIS topographic  line file was converted into a raster of closed elevation polygons. These two rasters--the modern sonar-derived depth and the original river depth topographic maps--were subtracted from each other to obtain the pink and green areas of siltation. The green area is a deeper sediment inclusion than the pink area. The Raster Subtraction Tool also gives a volumetric amount for each area in acre-feet. 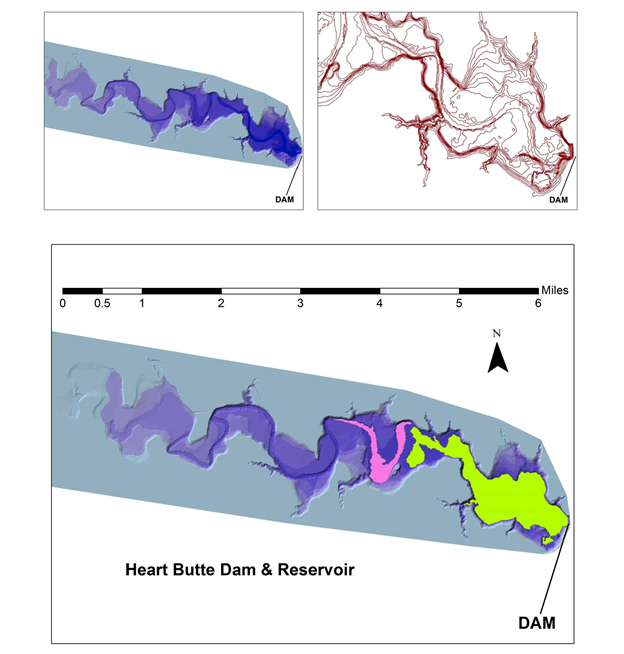 A raster was developed of the sonar depth and another raster of the topographic line polygons. The elevation values from the two rasters were differenced to get the sediment inclusions within the water body.