Underground coal fires can burn for years, and are a serious health and environmental hazard. There are four underground coal fires in northern New Mexico: two in close proximity to Gallup, one north of Farmington, and one south of Raton. The New Mexico Abandoned Mine Land Program (NMAMLP) has contracted several coal fire assessments to assist with the development of mitigation/extinguishment plans for these fires. The program and its reclamation projects are funded through grants from the Office of Surface Mining Reclamation and Enforcement (OSMRE) in accordance with the Surface Mining Control and Reclamation Act (SMCRA). In 2014-2015, NMAMLP contracted Koveva, Ltd., to characterize the coal fires, including identifying local sources of fuel, estimating the extent and direction of fire propagation and providing fire mitigation options derived from decision tree analysis methods.

Ground surveys were conducted with several instruments to accomplish the objectives.  A Trimble handheld global positioning system (GPS)  was used to map surface features such as mine workings, surface fissures, subsidence, and borehole locations. A Landtec GEM 5000 gas analyzer was used to identify combustion gases; the quantity of carbon monoxide was used to estimate the combustion front. A Picarro H0101 was used to measure methane flux from the ground above the suspected combustion zones; the rate of methane seepage was used to map active fire zones. A Geometric G-859 magnetometer was used to measure changes in magnetite minerals in rocks composing the overburden above the burning coal seam;  the quantity and orientation of magnetites were instrumental for mapping three detection regions: burned and cooled, actively burning, and unaltered.

Results at the Biava (Gallup) site serve as  an example of these assessments. At this location, the surveys indicate there are two distinct coal fires, a north fire and a south fire. Koveva data indicate the south fire likely started at the ash outcrop in the southwest, burned into the formation to ignite coal underground, and moved northeast. The fire fronts of both fires, shown as areas of dense red magnetometer dots, appear to be heading northeast. 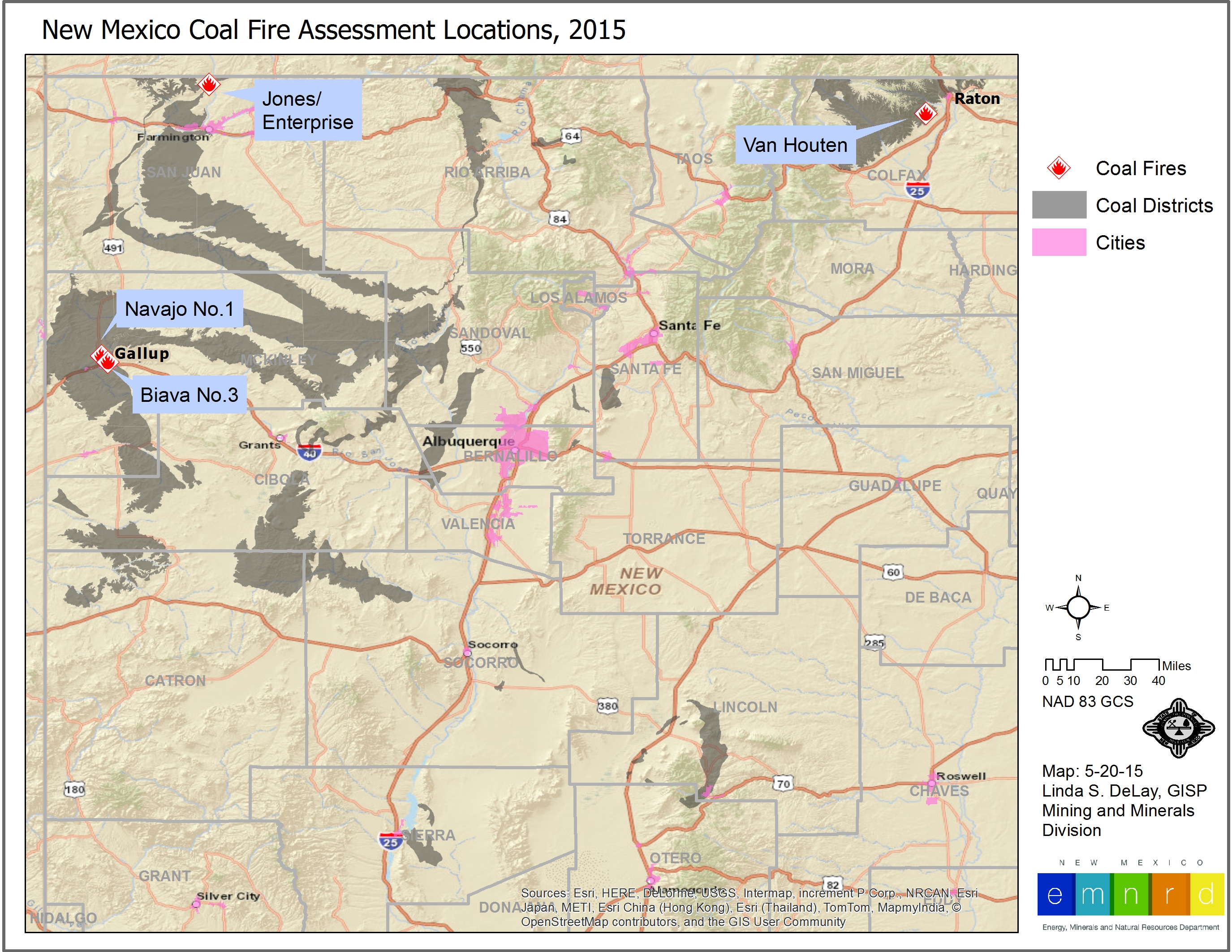 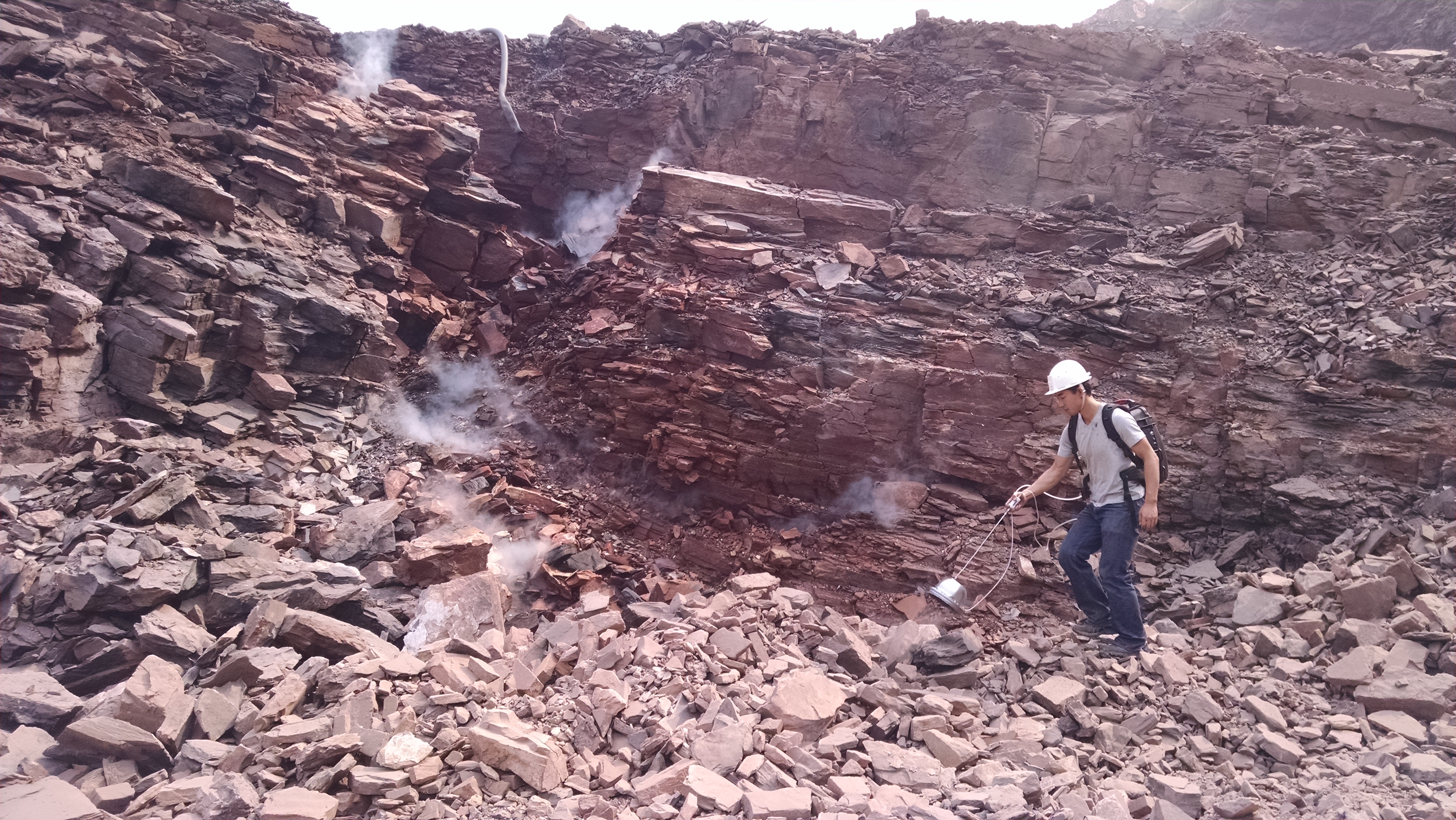 A Picarro H0101 was used to measure the methane flux at one of the underground coal fires. Photo credit: Koveva, Ltd. 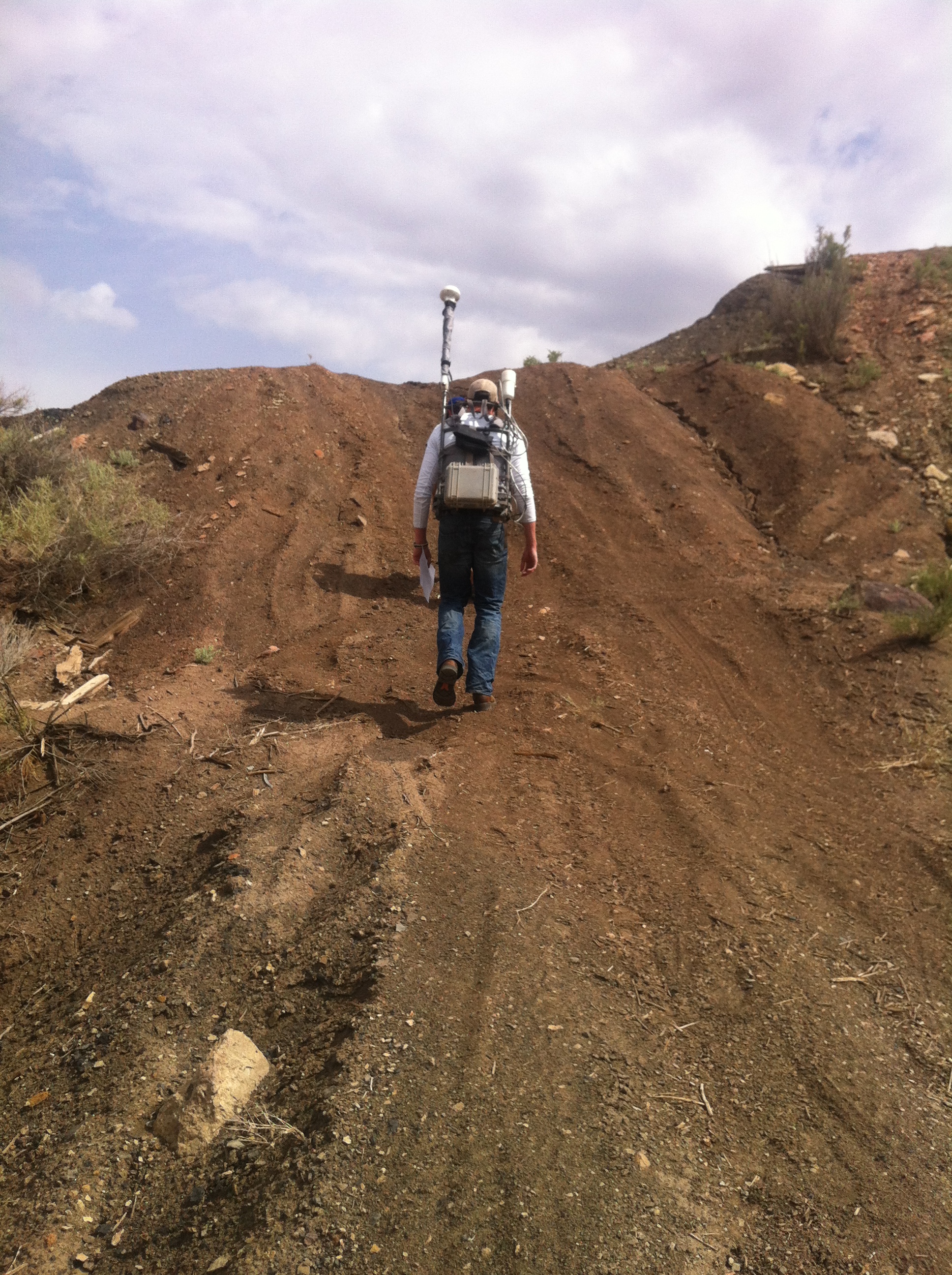 A Geometric G-859 magnetometer and GPS at one of the underground coal fires. Photo credit: Koveva, Ltd. 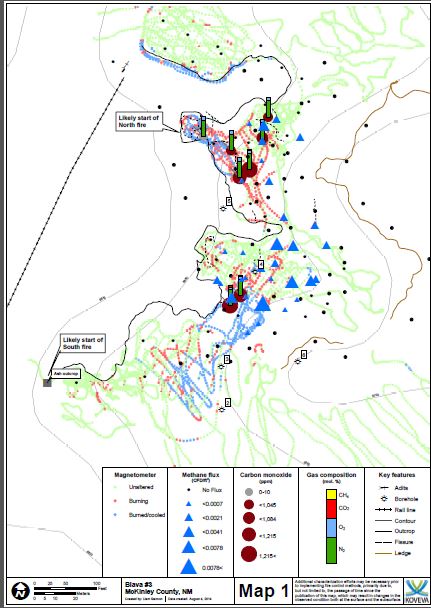 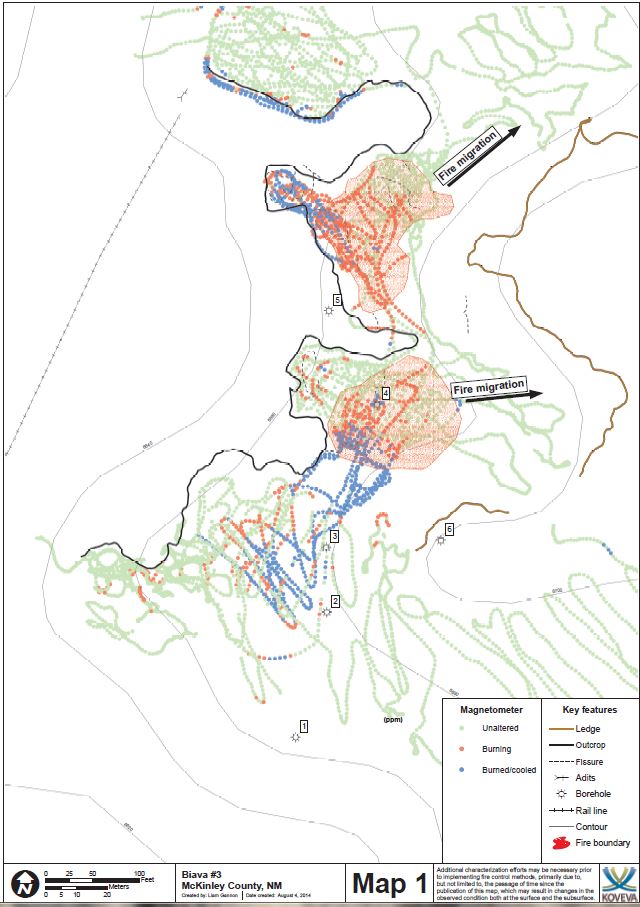