Aiken County, South Carolina, is located midway between the mountains and the Atlantic coast and bordered by the Savannah River to the west. Most of the potable water used in Aiken County is supplied by groundwater produced from the various Atlantic Coastal Plain (ACP) aquifers underlying the county. The ACP aquifers are very productive and generally contain high-quality groundwater that requires little treatment prior to use. Reported water use data for 2010 reveals that about 15 million gallons per day (MGD) of groundwater was pumped in Aiken County. Most of this groundwater comes from a series of unconsolidated Tertiary and late Cretaceous-age sand aquifers, with intervening clay confining (or semi-confining) units. The reliance on groundwater by Aiken County has increased steadily since the 1950s, but it is unknown if this withdrawal of groundwater is sustainable or will impact the quality of groundwater in Aiken County. A groundwater flow model will be the primary product of the investigation to help predict current and future water availability. The model will be constructed using land-surface altitudes derived from lidar data collected by a consortium of Federal, State, and local entities. 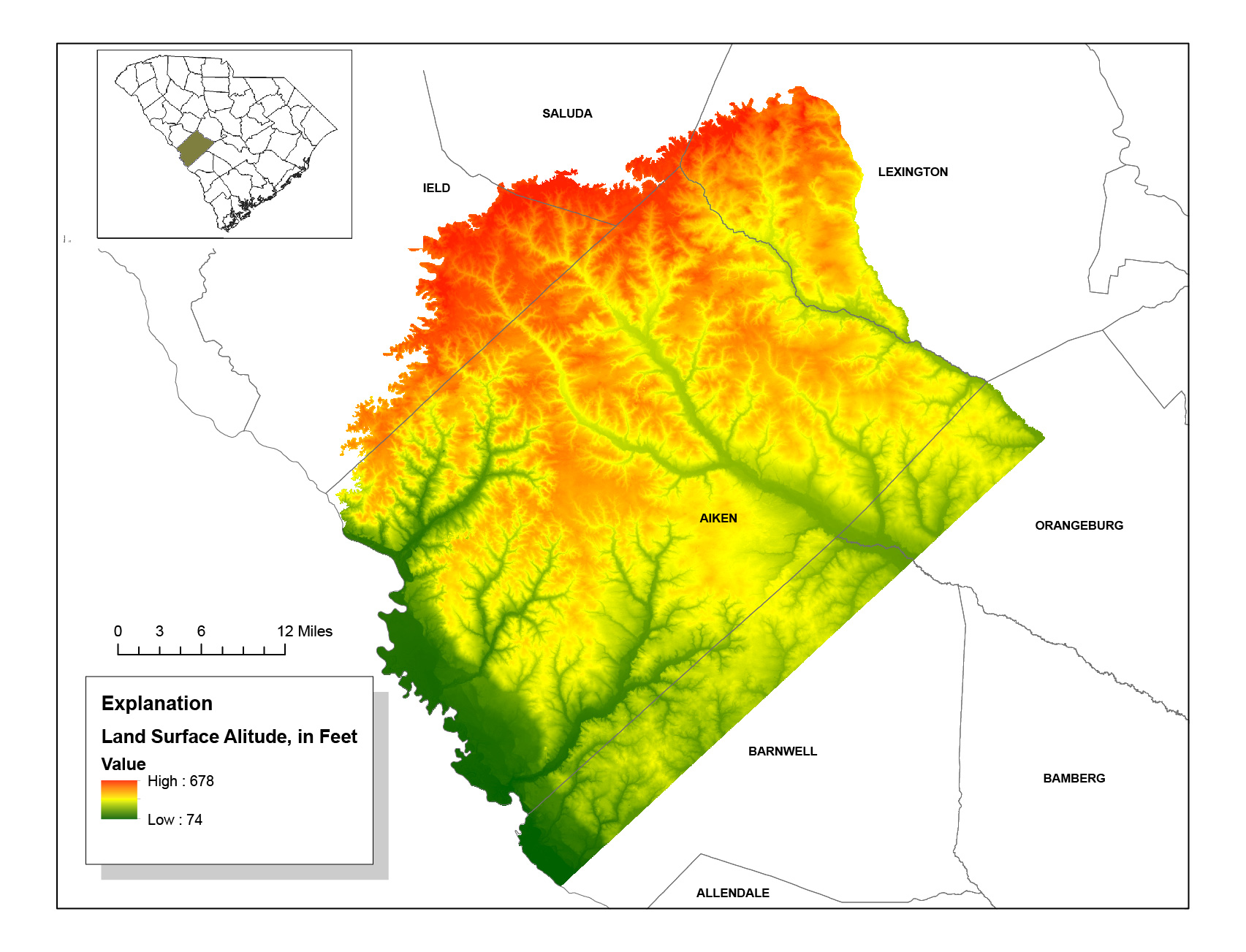