Primary production estimates in different lake habitats are being used to parameterize food web models and illustrate how changes in nutrient loads may influence water clarity. Accurate estimates of primary production are crucial for this task, and USGS scientists and key partners are leading the way for Lake Ontario.

USGS Great Lakes Science Center scientists in Oswego, New York, along with scientists at the National Oceanic and Atmospheric Administration and Cornell University, deployed an autonomous underwater glider that traversed Lake Ontario to map subsurface primary production. The glider was equipped with a fluorometer to measure chlorophyll-a at various depths. For propulsion, the glider changed its buoyancy to move up and down in the water column while fins guided it over a zig-zag path that started near Oswego, New York, and ended 30 days later near Olcott, New York, more than 160 km away. 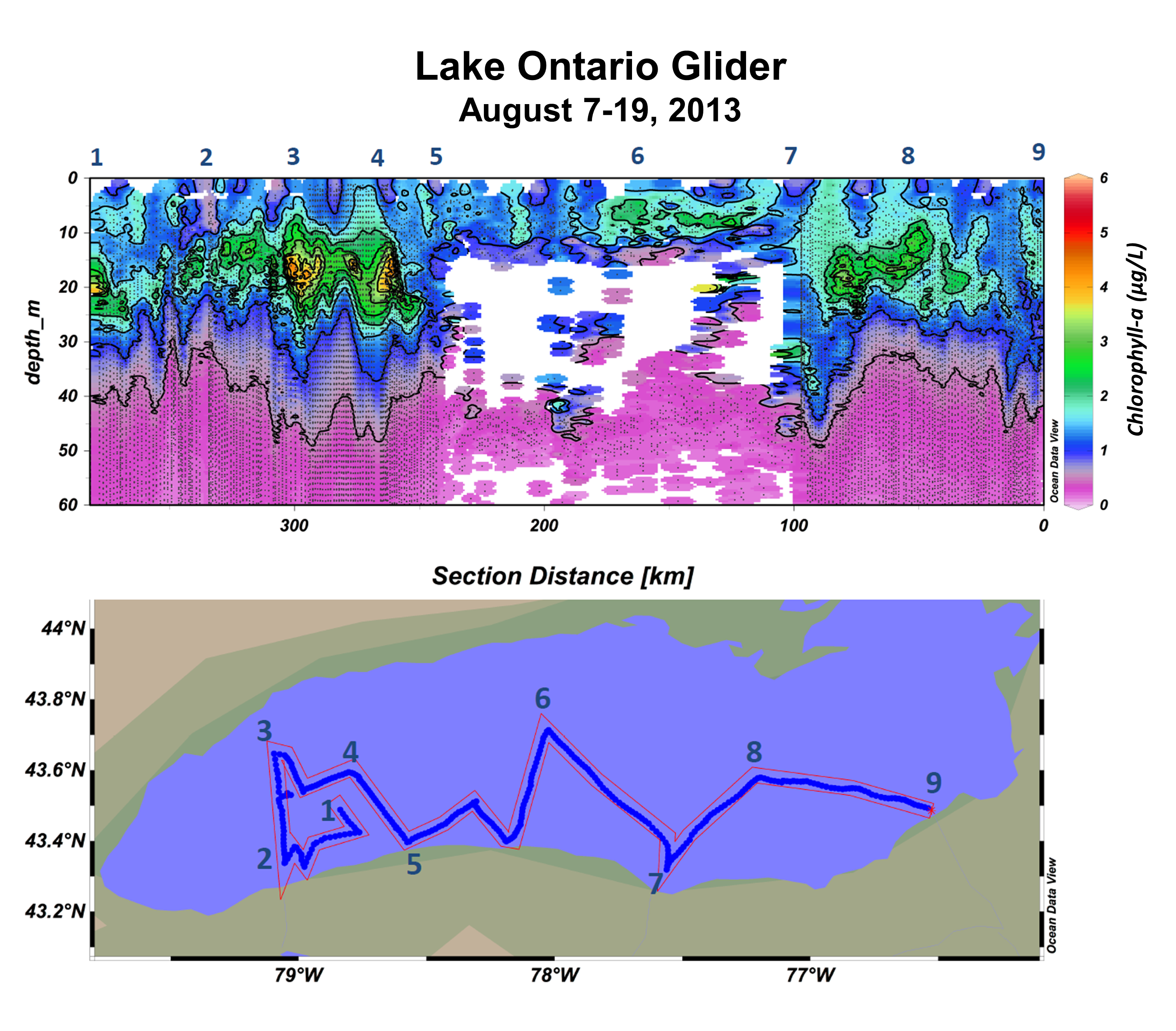 Top: Chloraphyll-a (µg/L) at depth across Lake Ontario, August 2013, as measured by an autonomous underwater glider. Bottom: Path of glider in Lake Ontario.