Detailed mapping of the glacial aquifer within the buried Fairport-Lyons bedrock channel in southern Wayne County, New York, is the latest study in the cooperative Detailed Aquifer Mapping Program between the USGS New York Water Science Center and the New York State Department of Environmental Conservation (NYSDEC). The program was developed to map the extent of glacial aquifers in New York State at a scale of 1:24,000. This information is used by NYSDEC Division of Water and others to delineate groundwater contributing areas, assess potential threats to aquifers from both point and non-point sources, respond to contamination from spills or leaks from underground storage facilities, and provide information to evaluate the need to permit new or expanded public water supplies.

The objective of the study is to investigate the hydrogeology of the Fairport-Lyons channel and inter-drumlin outwash channels. The hydrogeologic setting of the Fairport-Lyons channel aquifer system is different from those previously studied in New York because sand and gravel deposits within drumlin fields are uncommon, and few hydrogeologic investigations have been completed in this type of geologic setting. Lidar-derived digital elevation models and hillshades are critical tools for delineating the spatial extent of valley-fill deposits and the hydrogeologic framework of this aquifer system. 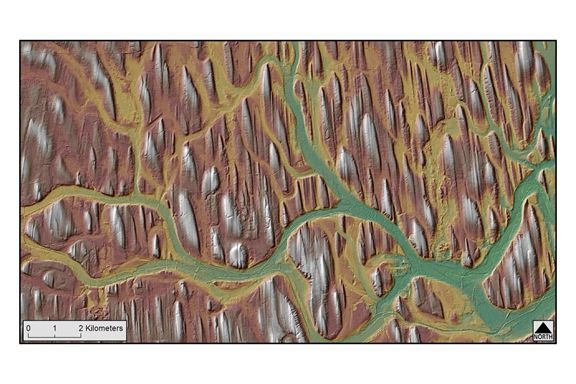