In cooperation with Alabama Power, the USGS has established a program to monitor the geomorphic conditions of selected reaches along the Coosa River downstream of the H. Neely Henry Dam near Gadsden, the Logan Martin Dam near Vincent, and the Walter Bouldin Dam near Wetumpka, Alabama. Geomorphic conditions and stream bank stability along the Coosa River will be assessed using boat- and tripod-mounted terrestrial lidar (T-lidar). T-lidar technology has proven to be well suited for erosion and mass failure studies where conventional surveying techniques may be considered dangerous or inadequate in supplying the necessary topographic detail for erosion-based analysis. The T-lidar technology will be used to document and quantify any changes in stream bank morphology over a 3-year period beginning in October 2014 (FY2015). Two surveys will be conducted annually for 3 years to determine channel geometry at specific locations/reaches above low water. A comparison of the T-lidar datasets will quantify the approximate volume of bank material that has been eroded from the study area. 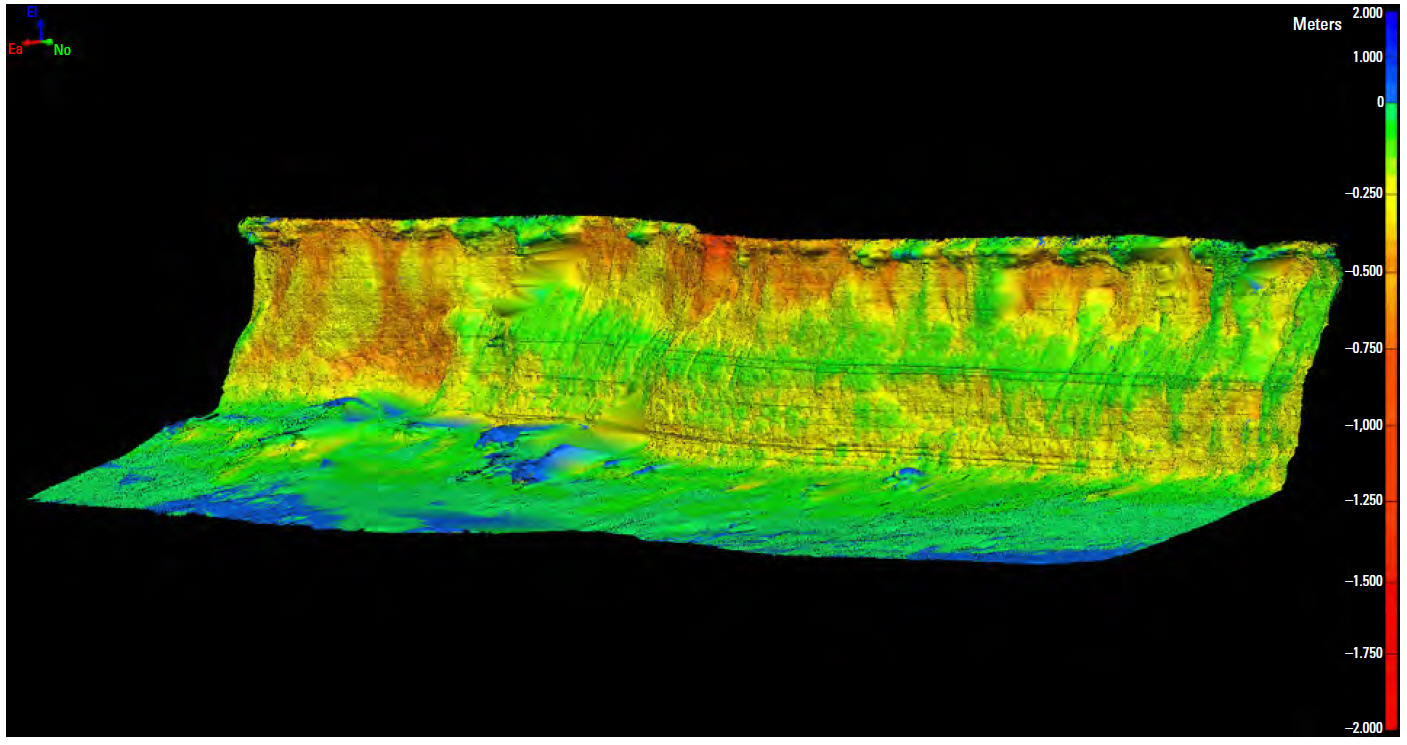 Error map depicting the geomorphic change along the stream bank from November 2010 to July 2011 downstream of Logan Martin Dam near Vincent, Alabama.