In coastal California during the hot and dry Mediterranean climate summers, fog and low clouds strongly affect ecosystem dynamics by adding moisture and shading the land surface, thereby reducing plant evapotranspiration stress. However, the presence of fog and low clouds is highly variable from one nearby location to another and varies year to year. Public land managers needed maps to show the microclimatic conditions of the landscape to improve restoration and stewardship decisions. USGS scientists compressed nearly 30,000 hourly images derived by collaborators at the Cooperative Institute for Research in the Atmosphere from the Imager sensor on the Geostationary Operational Environmental Satellite (GOES) for June, July, August, and September over nine summers (1999–2009). These data were used to create detailed maps showing areas with the most stable and the highest probability of coastal fog cover. The maps provide managers one more essential piece of climate information to inform stewardship of the green infrastructure that is so important to ensuring clean air and water. 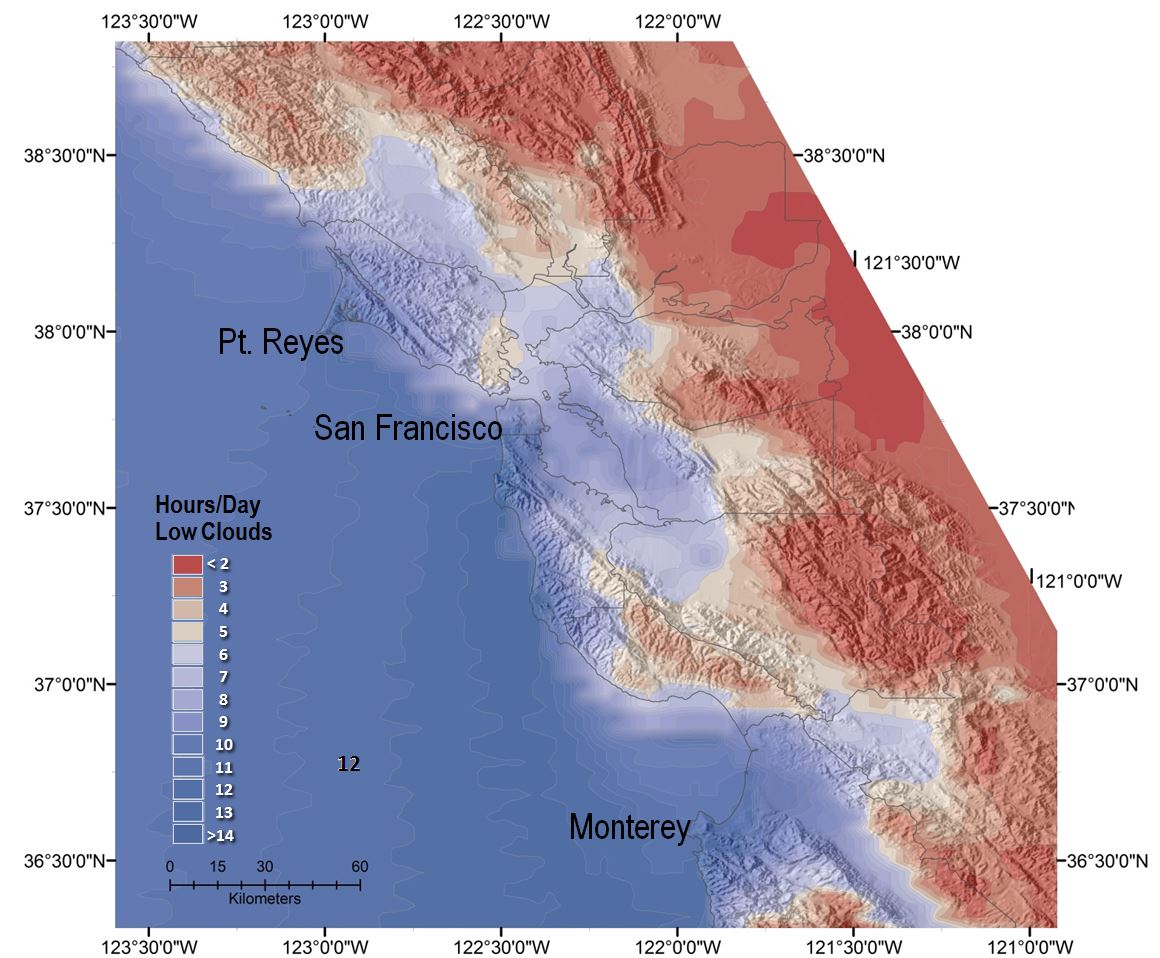