Forecasting Future Changes in Spring Onset Dates in the Arctic

Many Arctic species synchronize their migrations and reproductive cycles with the timing of spring onset to optimize the availability of food resources. Rapid warming in the Arctic could advance spring onset dates and decouple such synchronicity for species unable to change their reproductive schedules accordingly. To assess the magnitude and spatial variability of future changes in spring onset dates in the Arctic, biologists at the USGS Alaska Science Center have recently constructed an empirically-derived relationship between annual surface air temperature and annual start date of the growing season. The independent variable in this relationship is a temperature-derived metric defined as the day of year when cumulative thaw-degree days attain 10% of the annual total climatology (top row of the figure). The regression’s dependent variable is a Normalized Difference Vegetation Index (NDVI) derived metric defined as the date when NDVI attains 20% of its respective annual maximum value (bottom row of the figure). The Alaska Science Center is presently collaborating with the USGS Earth Resources Observation and Science (EROS) Center and the University of Alaska Fairbanks to extrapolate the relationship using estimates of future daily air temperatures from global climate model projections. The extrapolations will provide an assessment of how much (and where) spring onset dates in the Arctic could change in the future under different greenhouse gas emission scenarios, providing useful information for assessing the implications of Arctic warming on migratory wildlife. 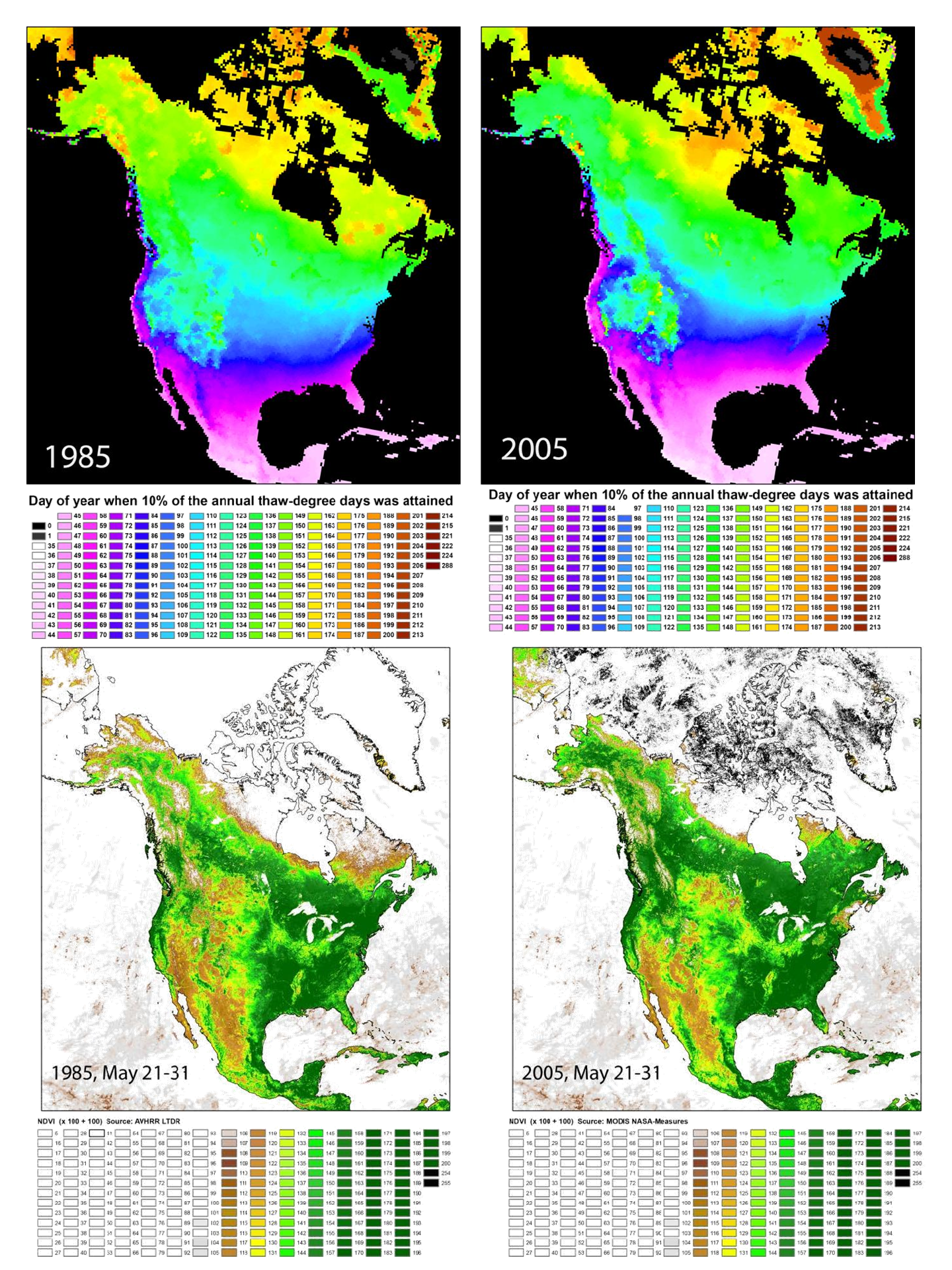 Top row: Day of year when the cumulative thaw-degree days (TDD) attained 10% of the climatological (1979–2010) total annual average in 1985 (left), a year with relatively late spring arrival in Alaska, and in 2005 (right), a year with relatively early spring arrival. Bottom row: Examples of vegetation greenness (NDVI) for late-May in 1985 (left), and in 2005 (right).