The USGS has been providing support to the International Charter since becoming a member in 2005. The Charter is a mechanism for rapidly acquiring satellite imagery of locations impacted by natural or human-made disasters and delivering those data, and products derived from them, into the hands of emergency responders and relief agencies as quickly as possible, and at no charge.

When an earthquake, flood, oil spill, or other disaster occurs, a specially trained, authorized user submits a request for satellite imagery and whatever other data or products are needed. Authorized users can initiate the Charter response for a disaster occurring in their own country, or on behalf of someone from another country. The request sets in motion the tasking of satellites (usually within just 2 to 3 hours) to capture images and the subsequent delivery of data to whomever needs it. For further information, contact Brenda Jones, USGS EROS, bkjones@usgs.gov 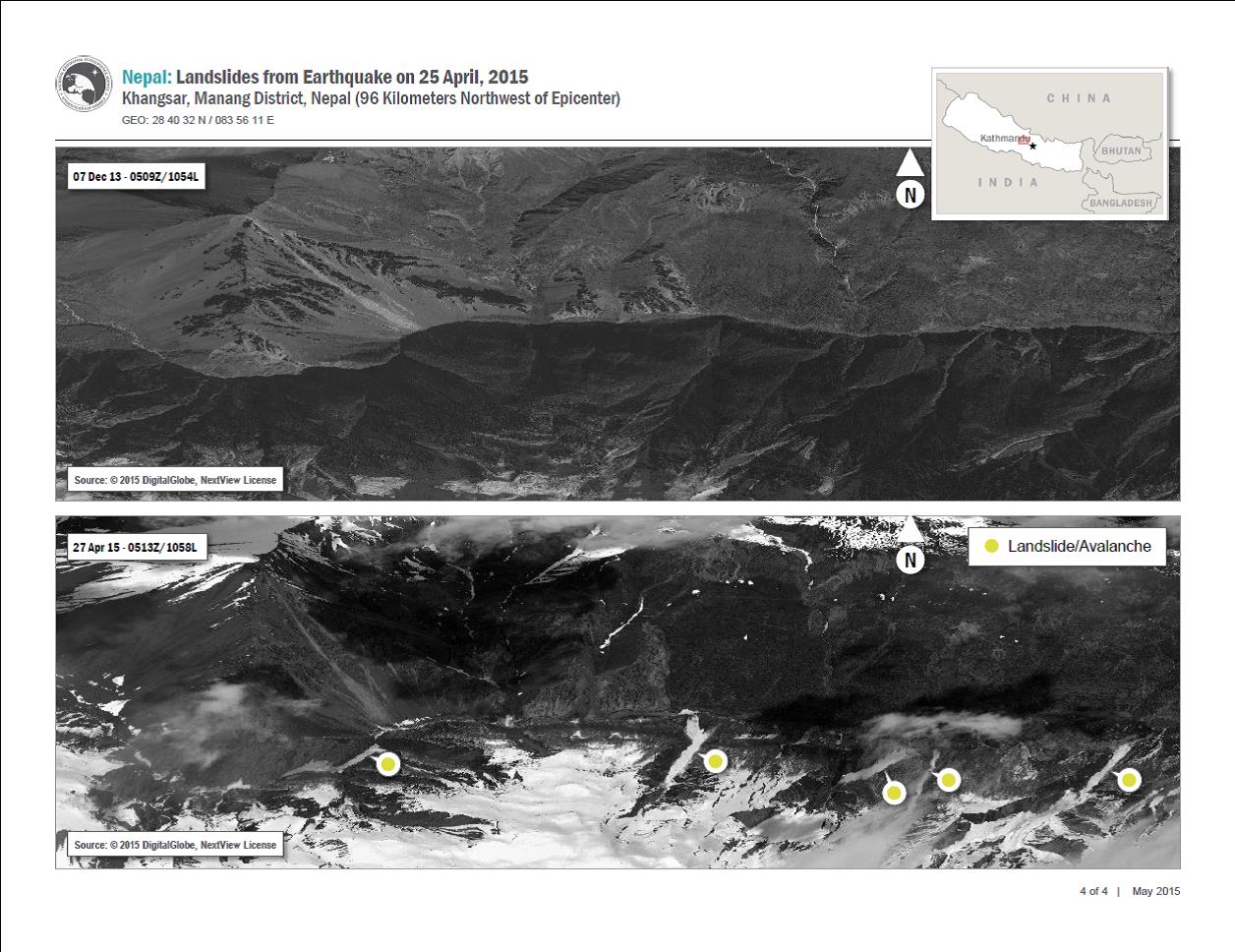 Landslide indicator map showing the locations of landslides as a result of the April 25, 2015, earthquake in Nepal. The imagery was provided through USGS to the users of the International Charter Space and Major Disasters.