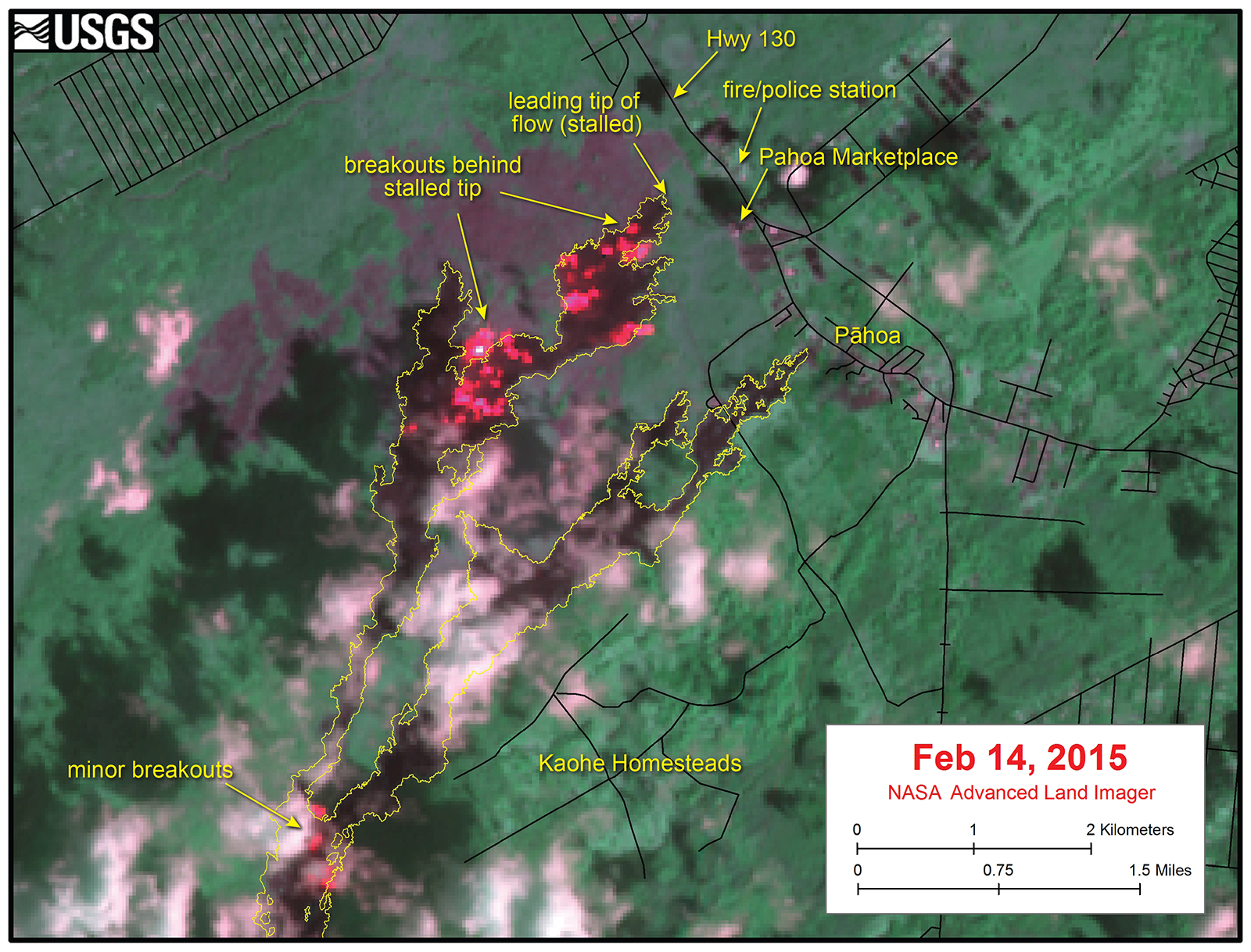 Advanced Land Imager true-color image (bands 10-8-9) over the distal portion of the June 27, 2014, lava flow on February 14, 2015, when the flow front threatened to cross the main highway and inundate a fire/police station. Red pixels show high temperatures (i.e., high values in the 2-micron band 10 channel) indicative of active lava breakouts.  Images such as this were useful in identifying the main areas of activity on the lava flow field. The yellow line is the mapped lava flow margin, and black lines are roads. North is oriented toward the top of the image.