Landsat Seen as a Stunning Return on Public Investment

Landsat is widely considered to be a crucial national asset, comparable in value to the satellite-based GPS system and National Weather Service satellites. Ready access to Landsat imagery ensures a reliable and standardized record of Earth conditions that contributes to the understanding of environmental challenges by citizens, researchers, and decision makers worldwide.

The team of experts outlined 16 decision processes that would be substantially more expensive without an operational Landsat-like program. Many of these processes are associated with the U.S. Government and save significant amounts of money compared to other methods of accomplishing the same objective. The team also include non-governmental science applications where scarce research dollars cannot be wasted on inefficient technologies. 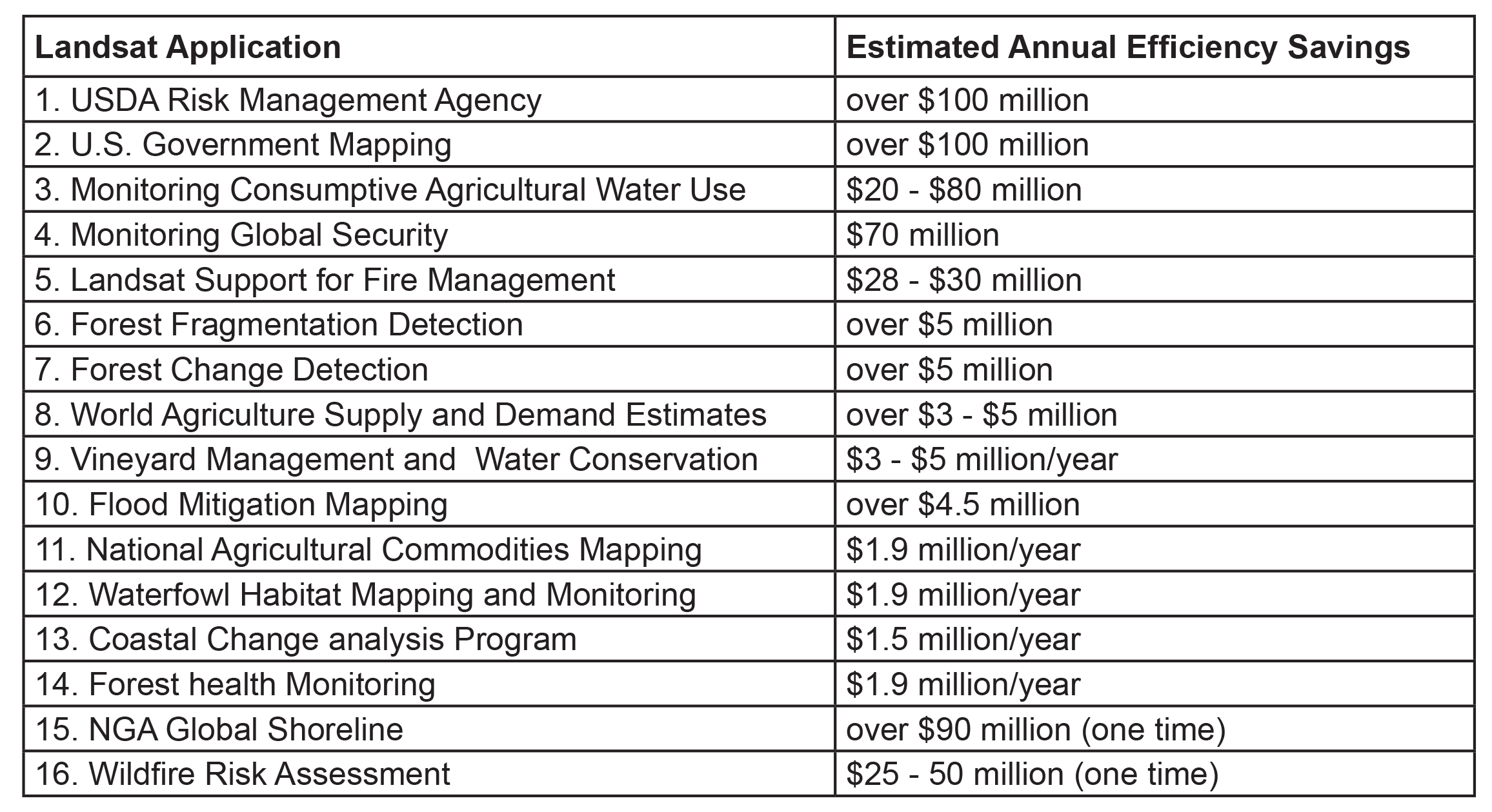 This table shows estimated productivity savings from diverse uses of Landsat imagery. These 16 Landsat applications alone produce savings of $350 million to over $436 million per year for Federal and State  Governments, NGOs, and the private sector. Further annual savings, societal benefits, and commercial applications are described in the Landsat Advisory Group report.