Coastal marine fog is an important meteorological phenomenon impacting some of the most populous cities and biodiverse regions of the world. Fog is an important resource along the western coasts of the continents, especially in North America (including California), South America from Ecuador to Chile, and Africa from the Canary Islands to South Africa. Satellite remote sensing data can capture the incursion of this marine layer. As the low clouds move onshore, they bring moisture and shade, thereby lessening the adverse effects of seasonally hot and dry summers, promoting vigorous plant growth and providing ecological refugia for iconic species such as coastal redwoods, namib dune beetles, and fog forests surrounded by desert. Little is known about fog dynamics over time and what a warming climate will do to coastal fog patterns. This project uses statistical analysis of remotely sensed time-series satellite data to map patterns of marine low cloud incursion and frequency of occurrence. By quantifying the coastal microclimate conditions that result from topographic juxtapositions with the marine layer, data are derived that can be used to improve models of species distribution, long-term climate forecasts, and other climatological parameters such as frequency of heat waves that have led to fatalities in human and other populations. 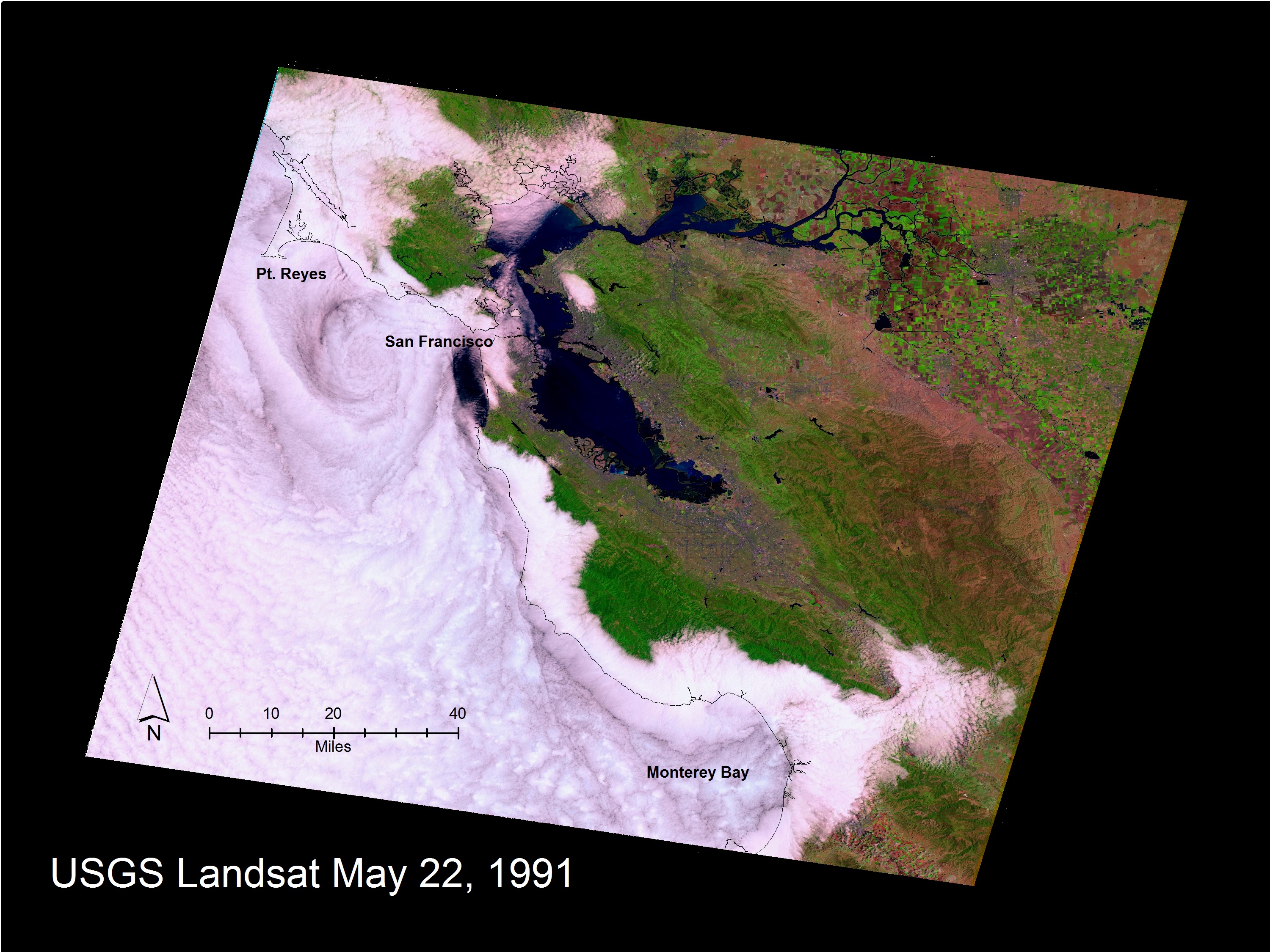 A Landsat image from May 22, 1991, shows the relative position of the coastline, mapped as a black line on top of the marine stratus and stratocumulus cloud layer along the San Francisco to Monterey, California, coastline. The effect of coastal mountains that form a topographic barrier keeping the marine layer offshore is visible, as are the gaps north of Point Reyes and to the east of Monterey Bay through which the clouds penetrate. A complex eddy pattern can be seen offshore of San Francisco in the lee of the Point Reyes peninsula that juts out to sea.