At three locations in the Sacramento, California area, the USGS Western Remote Sensing and Visualization Center (WRSVC) has utilized tripod-mounted lidar to map the three-dimensional (3D) extent of mammal burrows and tree-root casts, which can substantially compromise the structural integrity of flood-control levees. The burrows and casts were filled with grout and/or polyurethane and then carefully excavated, exposing the network of interconnected voids. An incremental sequence of excavations followed by lidar scans enabled 3D mapping of the burrow and cast networks. The complexity and degree of interconnection of the networks were not previously documented. The work was done in cooperation with the U.S. Army Corps of Engineers, California Department of Water Resources, Sacramento County Flood Control Agency, and the University of California Berkeley. The 3D lidar maps were used by Federal and State engineers to model flood-stage levee seepage and assess levee instability. 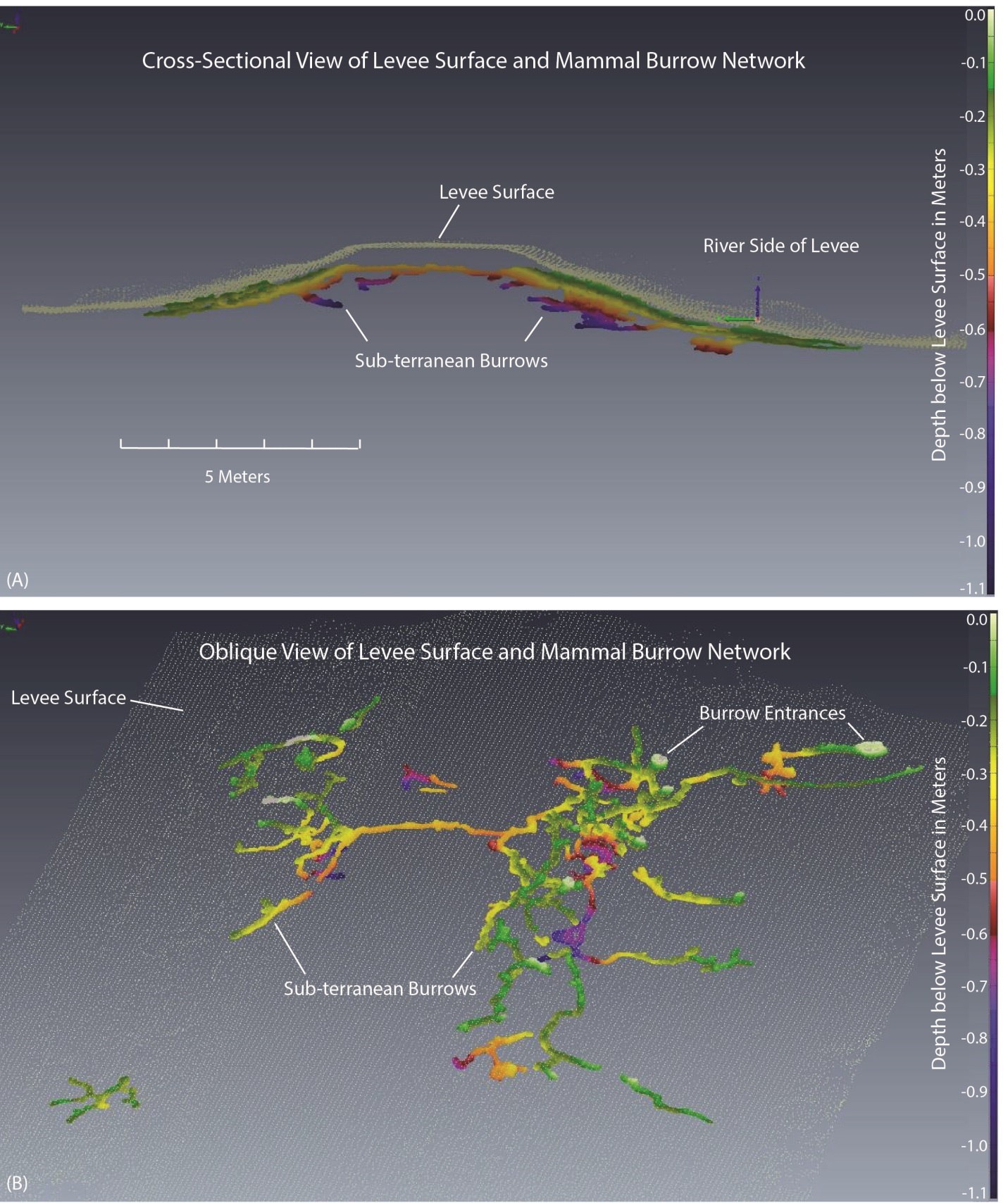