The Desert Renewable Energy Conservation Plan (DRECP) is being developed for deserts in southern California to protect species like the golden eagle while simultaneously allowing for growing renewable energy development. To understand how golden eagles may be impacted by renewable energy projects, researchers used global positioning system-global system for mobile communications (GPS-GSM) telemetry to measure year-round golden eagle movements. They found that eagle home ranges were smallest from November to January, averaging 47.1 km2, coinciding with initiation of the eagles’ breeding cycle. The monthly average home range was as large as 750.1 km2 in March. The eagles also favored higher elevations and forested habitats during the hotter months of May to August. Results could inform DRECP managers about where and when eagles would be most at risk from disturbances associated with renewable energy structures. 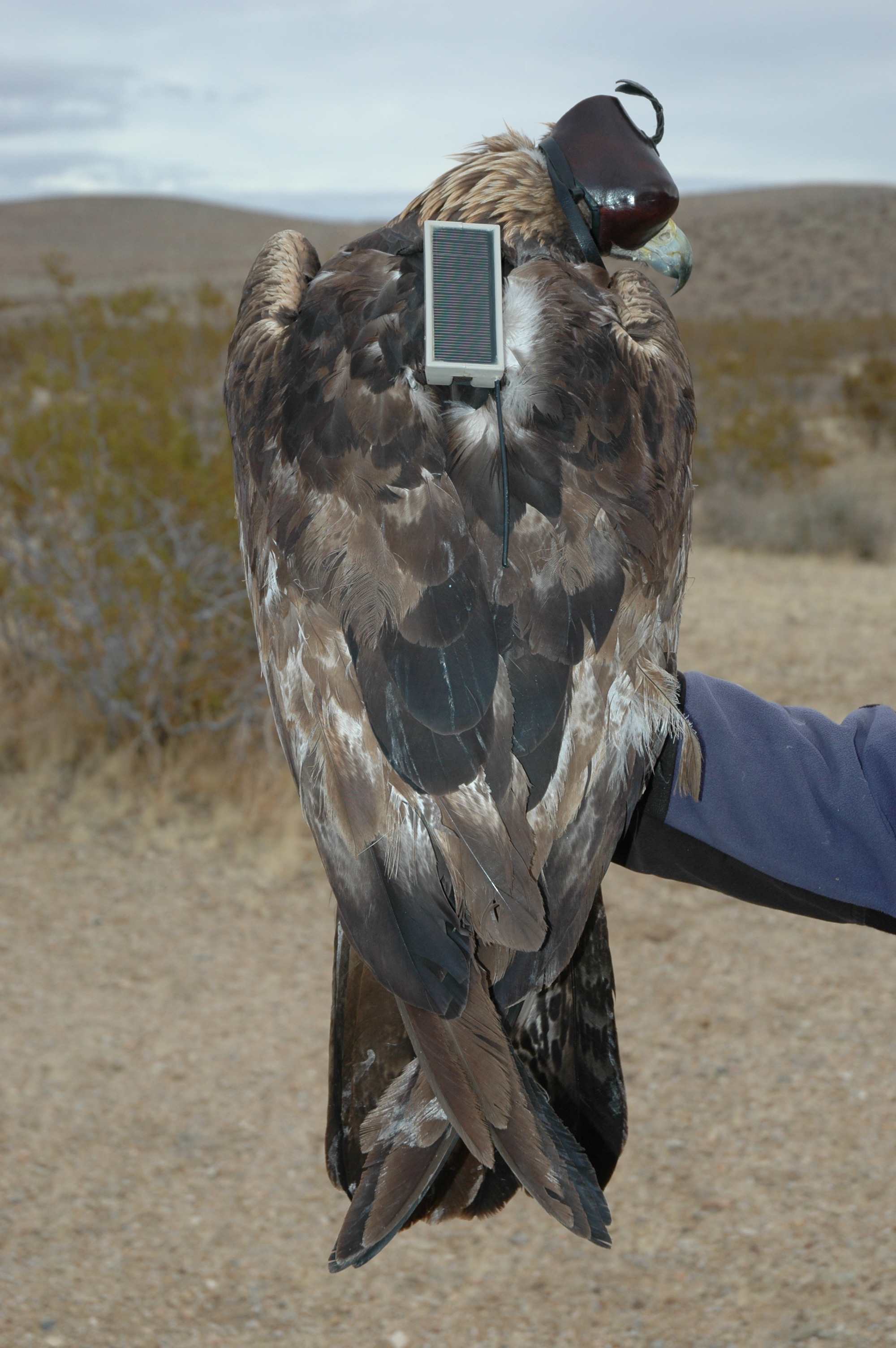 Female golden eagle with GPS-GSM transmitter. From 2012 to 2013, telemetry data were collected from nine eagles outfitted with a backpack holding a GPS-GSM telemetry system. The telemetry system recorded and stored a GPS location every 15 minutes and sent the locations via the GSM network or mobile phone, to a server once per day.