Use of Unmanned Aircraft Systems for Deciphering Landslide Dynamics

Unmanned Aircraft Systems (UAS) provide high-resolution imagery and topographic data in a rapid manner at a low cost. In active landslide areas, these data can be used for search and rescue operations and for mapping and interpretation of landslide dynamics, without the need to expose people to dangerous ground conditions. The USGS, the Colorado Geological Survey, the County of Mesa in Colorado and the U.S. Forest Service recently utilized UAS data in cooperative work at the West Salt Creek landslide in western Colorado. The landslide occurred on May 25, 2014, near the town of Collbran, Colorado; the landslide traveled about 5.4 km at estimated velocities that exceeded 80 km/hr, and moved 59 million m3 of material. Three men working in the drainage were killed by the landslide. Mesa County acquired UAS imagery and digital-topographic data of the landslide at four different times during the summer of 2014. The USGS used these data as the base for detailed geologic mapping of the landslide. Interpretation of this mapping showed that the sequence of landslide movement was complex, with at least five movement phases, including debris flows and a catastrophic, high-energy rock avalanche. Ongoing threats to downstream residents include the catastrophic failure of a remaining rock-slide block and a rapid release of water from a lake that has formed behind this block. Plans call for continued UAS flights to assess and monitor these threats. 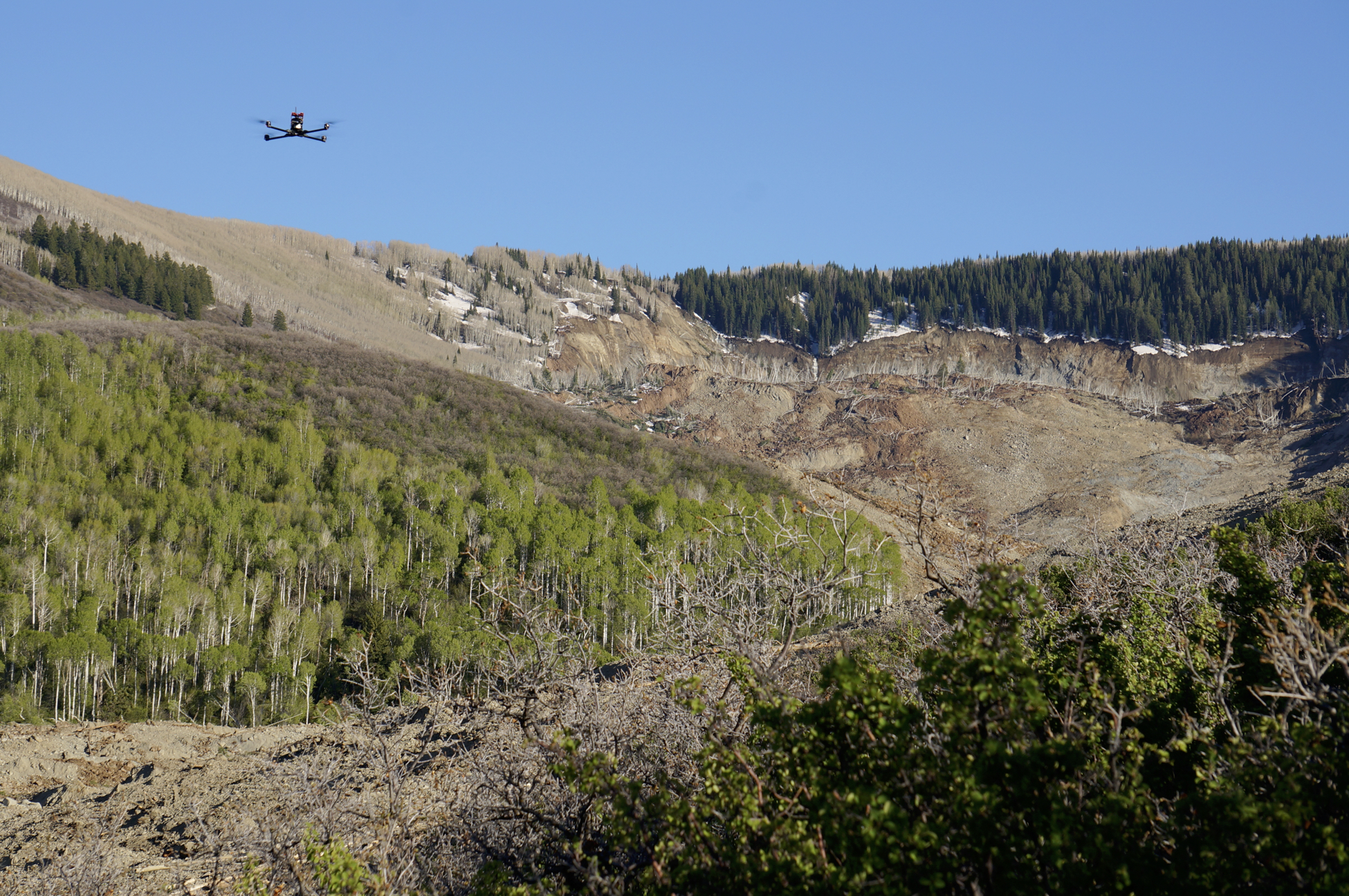 UAS flying over the West Salt Creek landslide on May 26, 2014, one day after the landslide occurred. The view is to the south, looking toward the landslide headscarp. Credit: Sheriff’s Office, Mesa County, Colorado.