Documenting bird and bat migration is challenging because migration activity is typically sporadic in nature and nocturnal movements are difficult to observe. The FWS uses avian radar to monitor the timing, duration, and activity patterns of bird and bat migrations along the shorelines of the Great Lakes (http://www.fws.gov/radar/).  In fall 2015 and spring 2016, radar units were deployed in northern Michigan along Lake Huron. By monitoring both fall and spring consecutively,  the goal is to better compare patterns between the seasons and learn the differences in the behaviors of migrants.

Patterns that were observed at these locations matched those in other areas of the Great Lakes: large numbers of migrants move in consistent directions at night, return to shore at dawn, and fly at altitudes that may put them at risk from wind turbines. Data and information derived from this project along with the FWS Voluntary Land-Based Wind Energy Guidelines will help inform decisions to balance the needs of wind energy development with the need to protect wildlife. 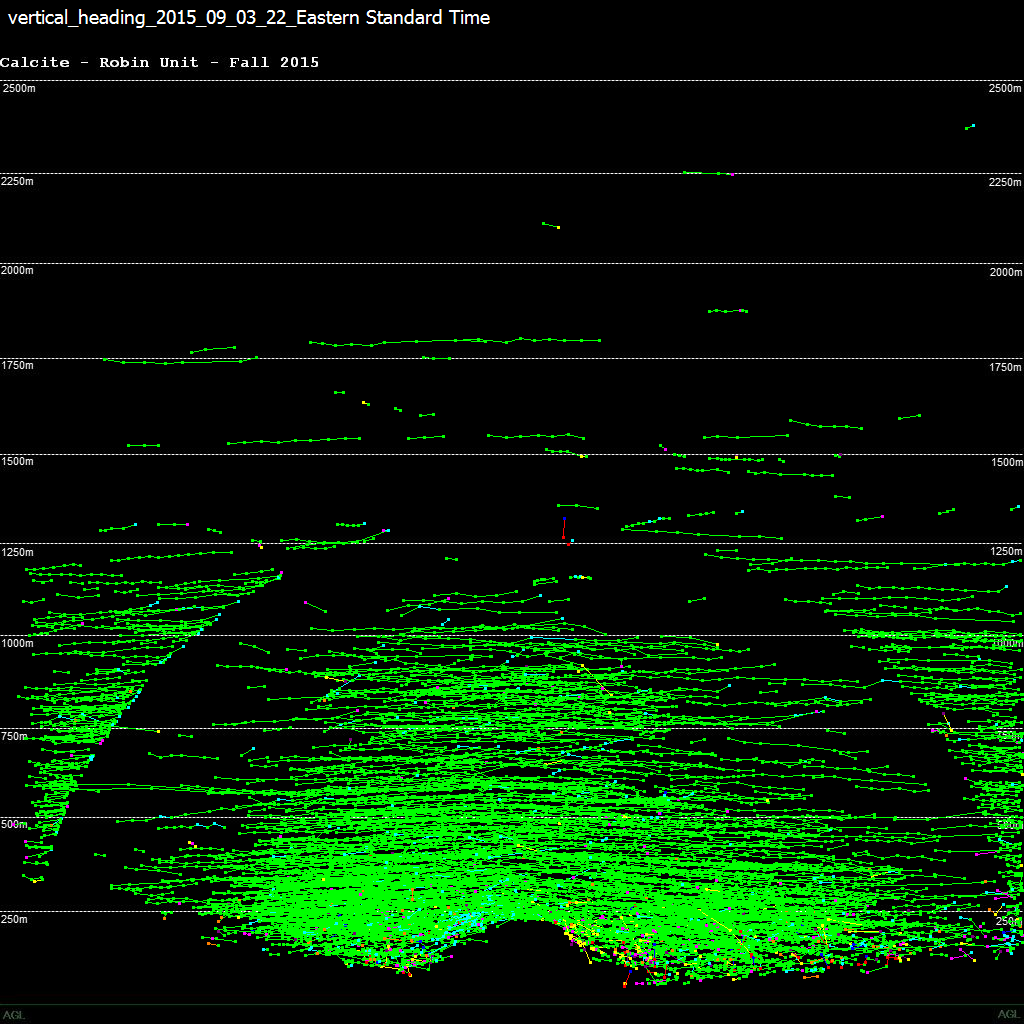 A 1-hour summary of the targets passing over the radar unit during the middle of the night during migration. Many birds and bats migrate at night and each line on this image represents one target. Altitudes are shown on the sides of the image and many of the targets are concentrated below 250 m. Blank areas may be due to loss of detection (ring artifact) or blockage by clutter (at low altitudes).