High resolution multispectral imagery will be used for wetland delineation within 275,000 acres of wetlands in the Tetlin National Wildlife Refuge, Alaska. There are important benefits of collecting near-infrared (NIR) in addition to the visible red, green, and blue bands. Not only does increasing the number of spectral bands improve the discriminative power during image analysis, but NIR is also strongly absorbed by water, providing data well-suited for wetlands mapping. Image acquisition was accomplished using two Nikon D810 cameras. One camera was modified by LDP LLC, who removed the infrared cut filter and inserted a 720 nm filter to capture NIR reflectance data. The two cameras were mounted in a fixed wing over a single camera port in a nadir configuration and were controlled using Aviatrix, a flight control system manufactured by Aeroscientific. Image end lap was 80%, side lap was 55%, and the target resolution was 45 cm. Flight time to acquire the imagery was less than 8 hours at an average altitude above ground of 8,750 ft, with an estimated acquisition cost of 17 cents/acre.

To produce the wetland maps, the data will be pre-processed using the open source software DCRAW to convert the RAW NIR image into a linear 16-bit tiff. ImageMagic software will then be used to desaturate the NIR band into a single channel black and white image. The Structure from Motion (SfM) software Agisoft Photoscan will be used to complete the process of aligning and combining the color (RGB) images with the NIR images to produce a four-band mosaic that can then be classified. 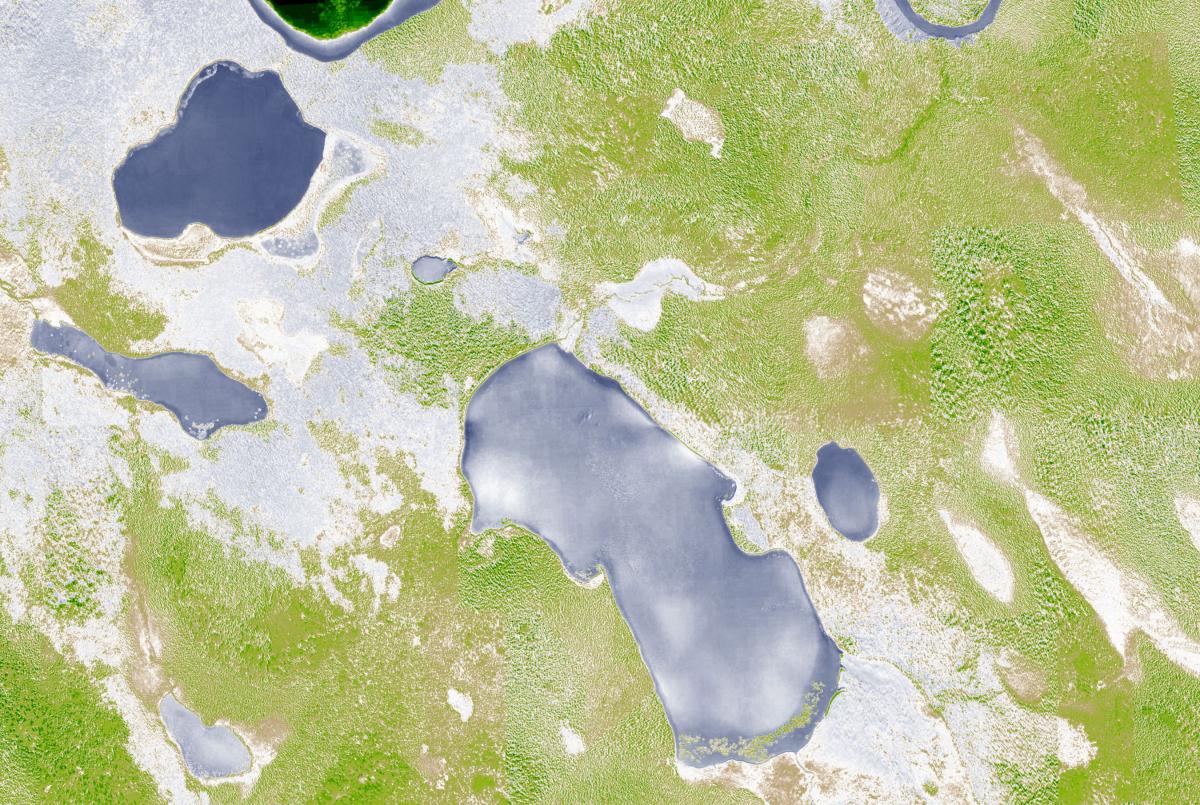