The length and warmth of the growing season is changing in arctic Alaska, with important implications for wildlife and overall ecosystem productivity. The NPS in Alaska is using eMODIS (EROS MODIS) weekly composite satellite images of Normalized Difference Vegetation Index (NDVI), a measure of vegetation greenness, to monitor vegetation. The NPS Arctic Inventory and Monitoring Network (the five national parks in northern Alaska) in cooperation with the University of Alaska Fairbanks (UAF) Geographic Information Network for Alaska (GINA) have processed the available eMODIS collection (2000–2015) to obtain growing season metrics for each year, including the date of the start of the green season, the date of the midpoint of spring green-up, maximum greenness, the date of the midpoint of fall senescence, and the end of the green season (http://www.gina.alaska.edu/projects/modis-derived-ndvi-metrics).  Results show large year-to-year variations in the magnitude of maximum summer greenness and the timing of green-up and senescence. Timing of spring green-up can vary by almost a month between years; green-up is closely linked to the warmth of the spring and early summer and the timing of snow loss. Trend analysis across the 16-year period of record shows that in recent years spring green-up has arrived about a week earlier than it did in the early 2000s, but maximum summer greenness has generally not increased. Information on the timing of spring helps biologists understand the reproductive success of wildlife such as Dall's sheep. 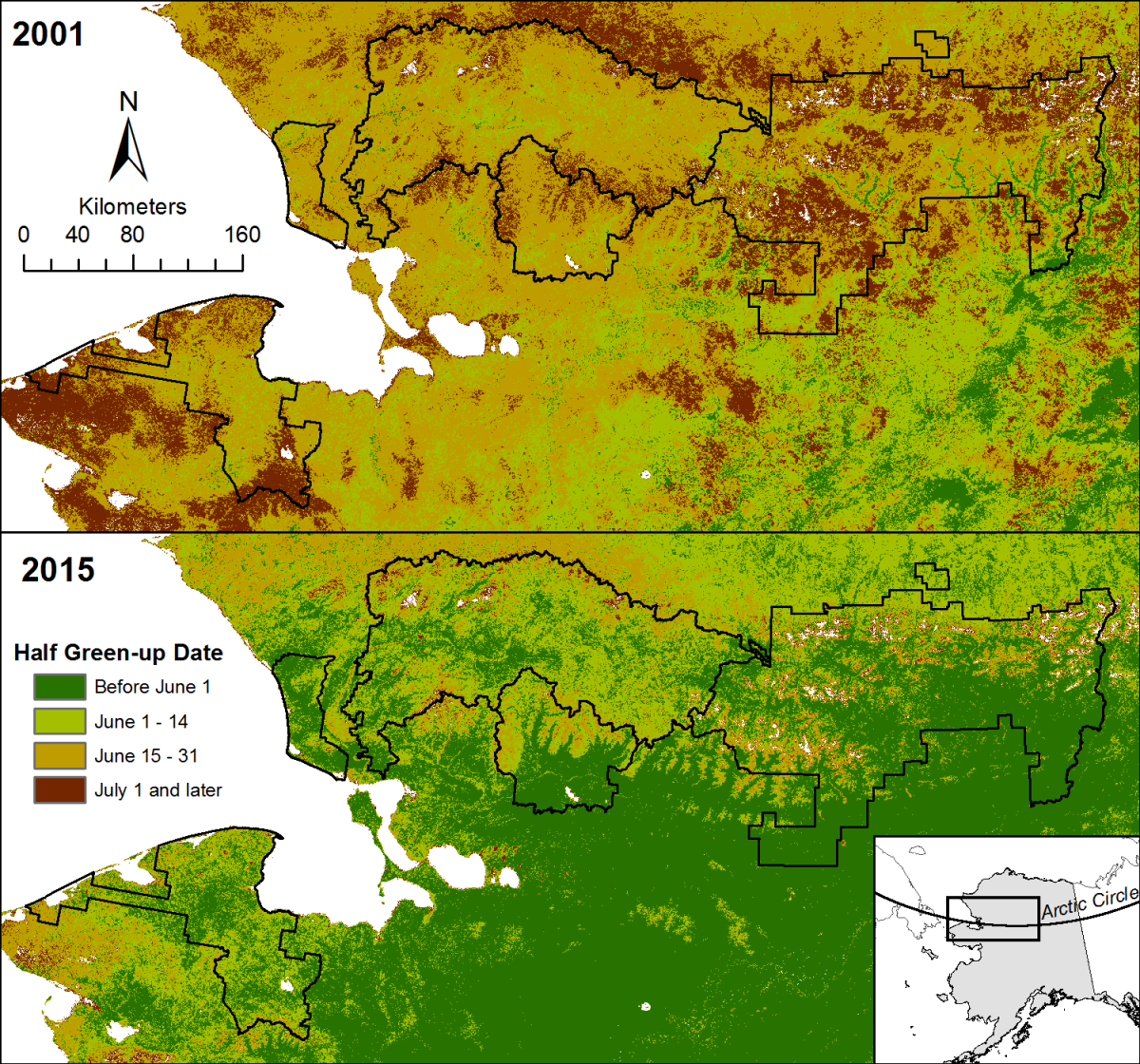