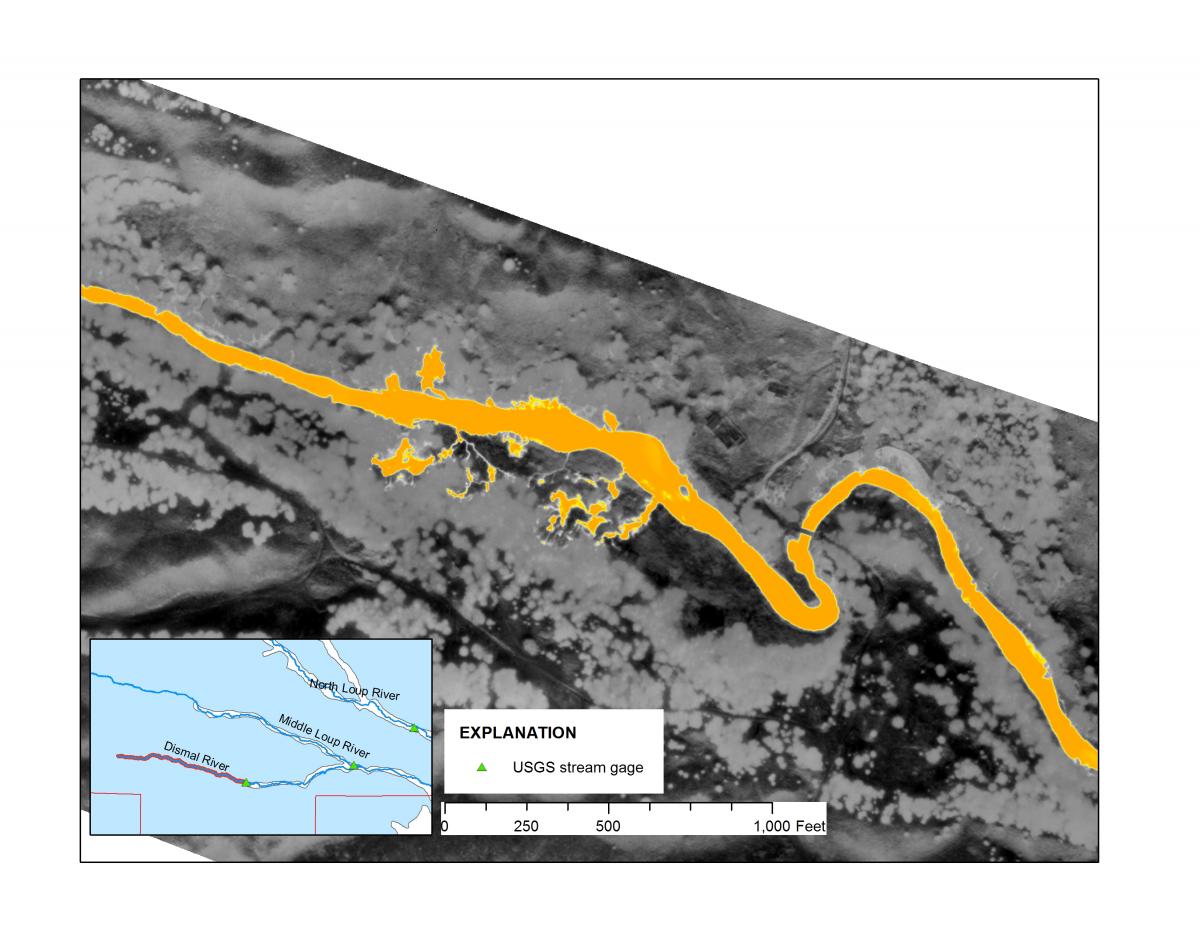 Aerial thermal image of the Dismal River above the streamgage near Thedford, Nebraska.