The USGS Fort Collins Science Center in collaboration with researchers at Colorado State University is using Landsat imagery from different seasons to locate invasive vegetation species on public lands that are of concern to resource managers.  Land managers need to know where invasive species are established on the landscape to be able to undertake measures to kill or remove them, but the vast expanses of potentially infested territory preclude repeated, comprehensive field surveys. The research team developed multitemporal and multispectral distribution models for invasive species using Landsat 8 imagery corresponding to both species’ phenology and time of field data collection.  Strategically using imagery from times of the year when the phenology of the invasive species differed from that of the native community types allowed correlative species distribution models to accurately locate invasive populations on the landscape.  For example in southwestern Wyoming, cheatgrass greens up earlier in the season and goes to seed and turns brown before the native vegetation.  By leveraging this asynchronicity,  the scientists were able to detect patches of cheatgrass with >40% cover within a burned area of concern.  A tamarisk distribution in southeastern Colorado and at Havasu National Wildlife Refuge was successfully mapped using the same methods. 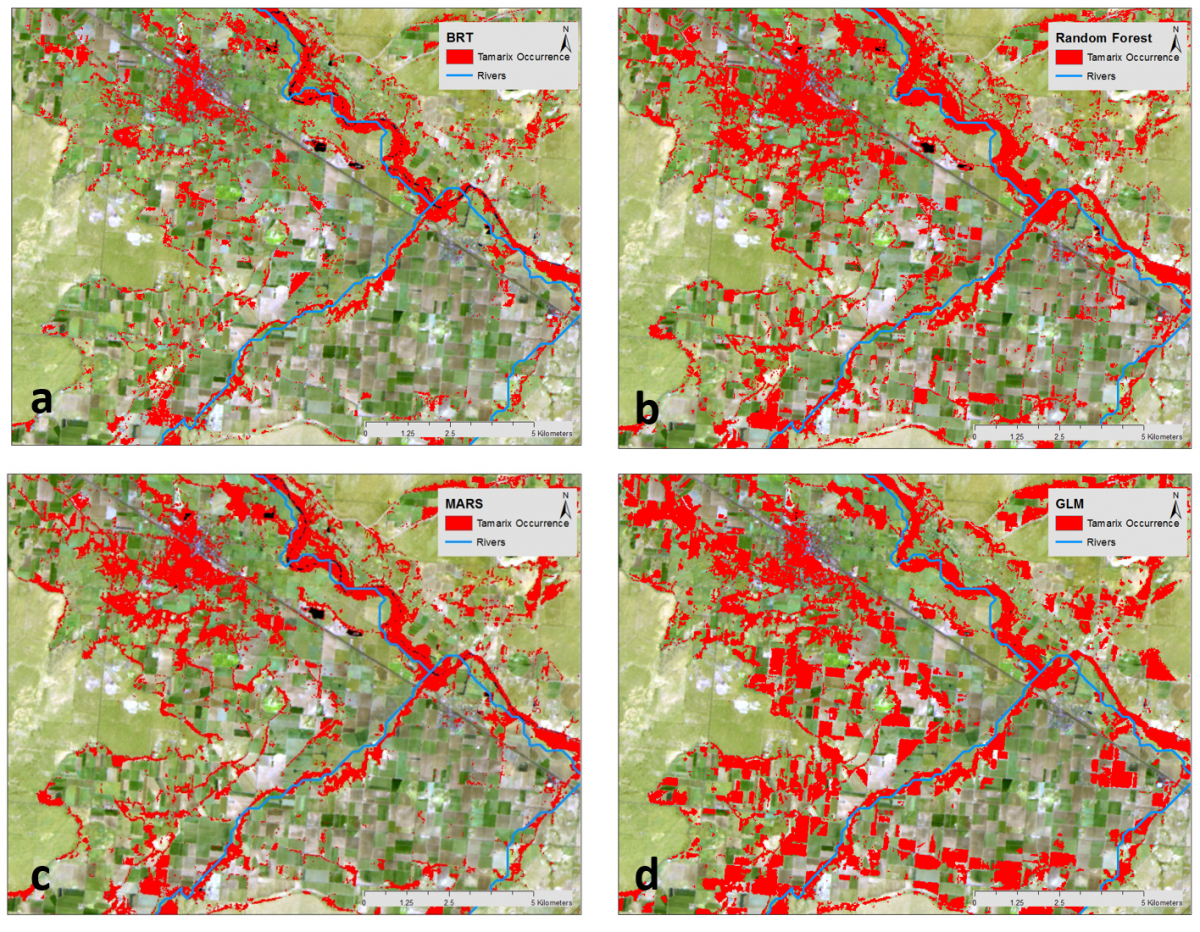