Earth as Art 4: A Fusion of Science and Art

At first glance, science and art might seem like an unlikely pairing. Yet throughout history, the intersection of these two fields has often resulted in science-based works of sublime beauty. Consider Leonardo da Vinci’s sketches and models of his ingenious flying machines. Naturalist John J. Audubon’s detailed paintings of North American birds. Maps meticulously penned by ancient—and modern—cartographers.  And stunning images of the Earth’s surface taken by orbiting satellites. Thirty-seven such images form the new Earth as Art 4 (EAA4) collection, the USGS’s most recent installment of its Earth as Art exhibits.

Earth-observing Landsat satellites capture hundreds of images of the planet’s surface every day. Their primary purpose is scientific:  to document the condition of the Earth’s land areas, day after day and year after year, to help reveal how those areas are changing over time. The vast Landsat archive, maintained at the USGS Earth Resources Observation and Science (EROS) Center, is an unparalleled digital record of how continents, islands, and coastlines have altered as a result of natural and human impacts since 1972. From their vantage point in space, Landsat satellites view the Earth and its geographic features— deserts, mountains, river valleys, glaciers—from a perspective few humans ever experience.  The Landsat sensors detect particular wavelengths, or bands, of both visible and invisible (infrared) light.

When different bands are combined in Landsat images,  striking patterns, colors, and shapes emerge from nature, transforming an image of a section of the Earth’s surface into what more closely resembles a gorgeous work of abstract art. Landsat 8, the most recent Landsat satellite, which was launched by NASA in 2013, acquired all the images in the EAA4 collection. The entire collection can be accessed and downloaded at the Earth as Art 4 website. 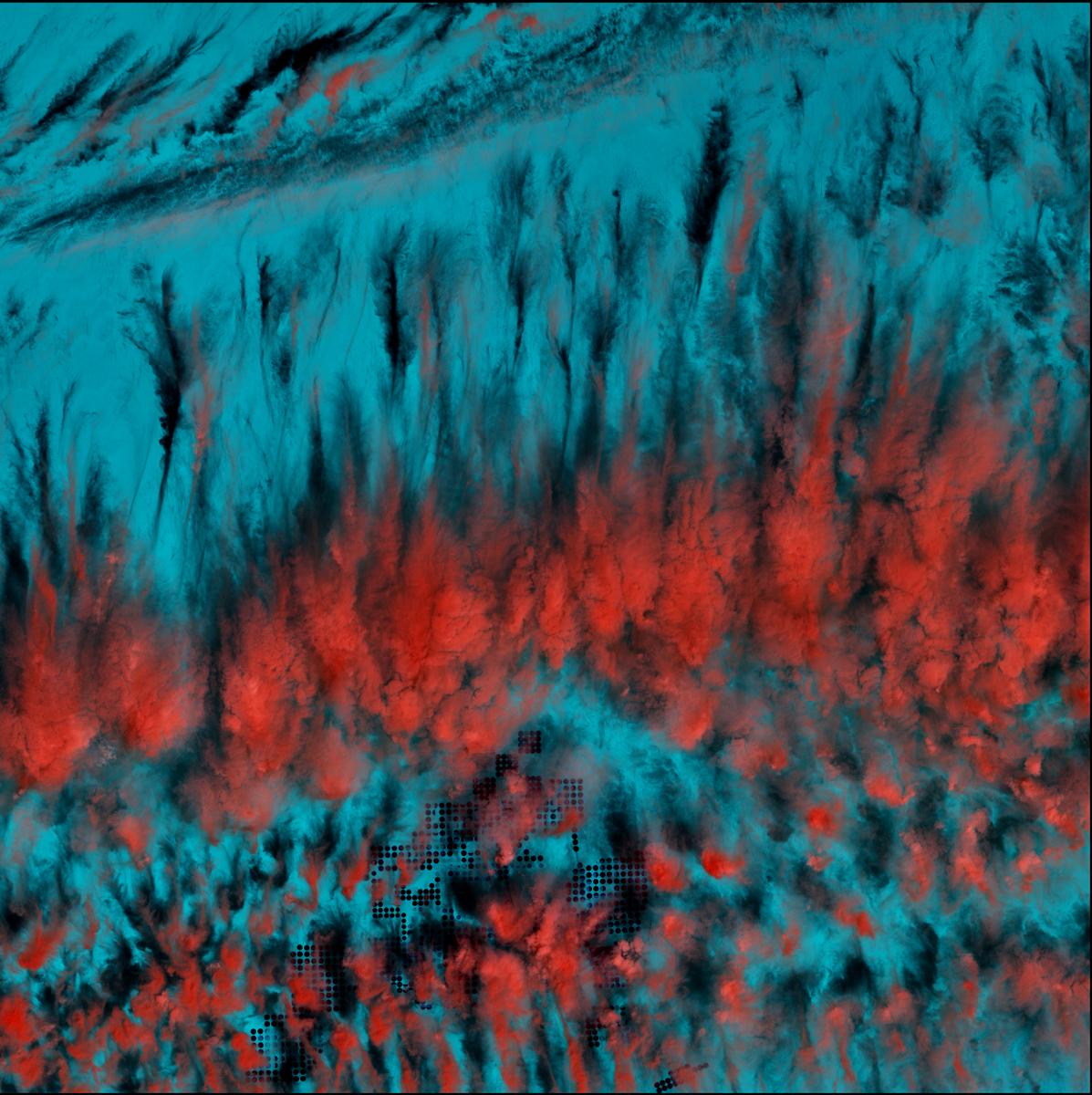 The cloud patterns in this image cast eerie shadows on the landscape of southern Egypt. The clouds appear red and the desert below hazy blue in this infrared rendition.