Improving Hazard Mitigation at One of Indonesia’s Most Dangerous Volcanoes

Kelud volcano, located in East Java, has produced some of Indonesia’s most deadly eruptions.  The expulsion of water from the summit crater lake during the volcano’s typically short but explosive eruptions has created lahars­–volcanic mudflows–that have caused widespread fatalities and destruction.  Following a devastating eruption in 1919 that claimed more than 5,000 lives, an extensive engineering project began with an aim to drain the water from the crater lake. Successive eruptions impeded the success of the initial engineering project; however, following the 1966 eruption that caused more than 200 fatalities, a new deeper tunnel was constructed, and the lake's volume was substantially reduced.  Kelud’s last eruption in 2014 was a plinian eruption, in which gas and ash is violently ejected in a narrow stream to a height of several miles, with a large Volcanic Explosivity Index (VEI) of 4 (on a scale of 1 to 4). Inspite of its strength, only 2 people were killed when the weight of the ash deposits collapsed their homes.

The USGS and the U.S. Agency for International Development's Office of U.S. Foreign Disaster Assistance (USAID-OFDA)  Volcano Disaster Assistance Program (VDAP) works to support the Center for Volcanology and Geologic Hazard Mitigation (CVGHM) of Indonesia to mitigate volcanic hazards throughout the country.  In March 2016, VDAP assisted CVGHM in conducting a small unmanned aerial system (UAS) photogrammetry survey of the crater of Kelud and the main outlet channel to create a high-resolution digital elevation model (DEM).  The 2016 DEM is being used to estimate the volume of the crater lake, to measure topographic changes to the crater following the 2014 eruption, and to supplement lidar collected in 2014 to improve lahar inundation modeling downstream from the volcano.  This is the second CVGHM-VDAP UAS photogrammetry project in Indonesia, and the technology has shown great promise as a new tool for volcano monitoring, hazard mitigation, and research. 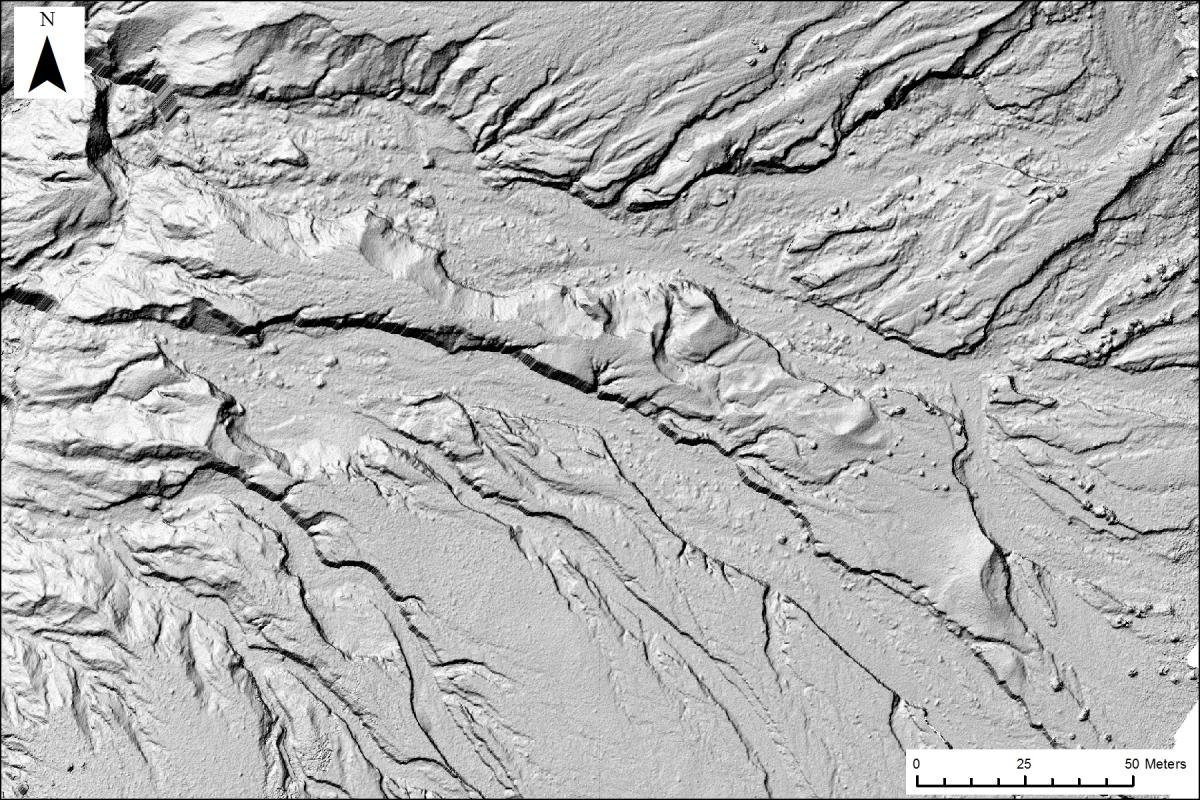 Shaded relief image derived from a very high-resolution (5-cm) digital elevation model (DEM) of a section of the eastern crater of Kelud volcano located in East Java, Indonesia.  The DEM was created using overlapping imagery captured from a small unmanned aerial system (UAS) during a photogrammetry survey in March 2016.  The field survey included the use of kinematic Global Positioning System (GPS) and photo targets for ground control used in creating the DEM.