Feedback from end users of LANDFIRE fuels data suggests that static fuel model layers, which represent average fire conditions, have limited utility in areas where seasonal conditions have profound impacts on available fuels.  To address this issue, LANDFIRE is developing methodologies to modify fuels data based on seasonal conditions, an effort dubbed Modeling Dynamic Fuels with an Index System (MoD-FIS).  Multiple methods are being developed in different areas since different processes impact fuel conditions around the U.S.  The first two regions investigated were the Southeast and the Great Basin/Southwest.

In the Southeast, soil moisture and drought conditions have the greatest impact on surface fuel availability.  A method was developed to modulate the LANDFIRE surface fuel model layer based on Keetch-Byram Drought Index values interpolated from weather stations across the region.  Implemented within the Wildland Fire Decision Support System, LANDFIRE MoD-FIS data are now available for fire behavior analysts to incorporate into operational fire modeling efforts to support strategic planning and tactical incident response.

In the Great Basin and Southwest regions, herbaceous vegetation growth, as a product of available precipitation, is the primary driver of surface fuel conditions.  Landsat imagery from a 10-year time series was analyzed to determine the average vegetation conditions over that period.  Correlating these values with herbaceous cover estimates resulted in a model of herbaceous fuel availability based on image-derived vegetation conditions.

Landsat imagery from seasonal green-up periods is then combined with the previously developed model to determine herbaceous fuel availability for the current time period.  The current conditions are compared with the 10-year average conditions, and the departure from average is used to determine new surface fuel model assignments.  These provisional products are being tested by local fire managers and have shown great promise thus far.  Planning for operational production and distribution of these products is underway.

Development efforts for creating MoD-FIS data in other parts of the U.S. are currently being researched.  The program’s goal is to provide MoD-FIS products for the entire country. 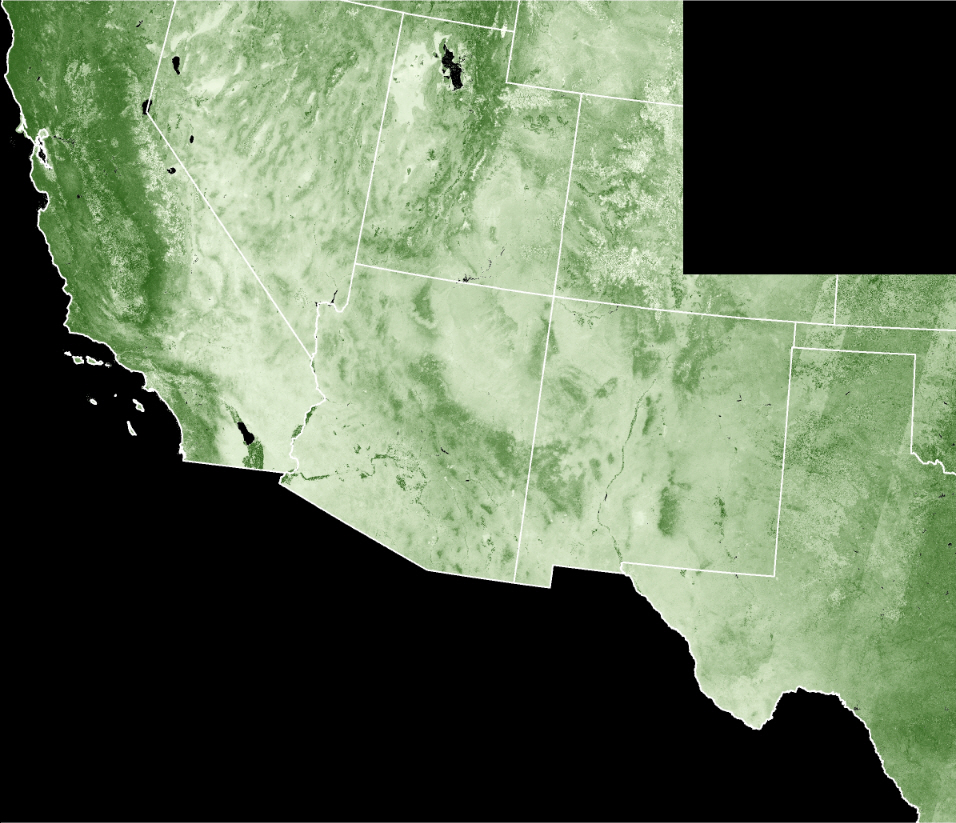