A Last Look at Titan with Cassini

USGS scientists have been involved in mission planning, cartographic data processing, and scientific studies for the international Cassini-Huygens mission to the Saturn system since its inception in the early 1990s. Saturn’s Mercury-sized moon Titan, which has a range of geological features and processes unmatched by any other body besides the Earth, has been the main focus of these efforts. With a little over a year left before the spacecraft is deliberately flown into Saturn’s atmosphere to burn up, the mission is embarking on a “Grand Finale” that will bring its nearest orbit around Saturn to just outside the ring system, and then into the narrow gap between the rings and the planet’s cloud tops.  These final orbits will provide unprecedented detailed views of Saturn’s rings and atmosphere as well as measurements of the gravitational and magnetic fields.  They will also provide the last looks at Titan with multiple instruments, including a final peek at the “magic island” in the north polar hydrocarbon sea Ligeia Mare, which has been visible only intermittently in previous observations. 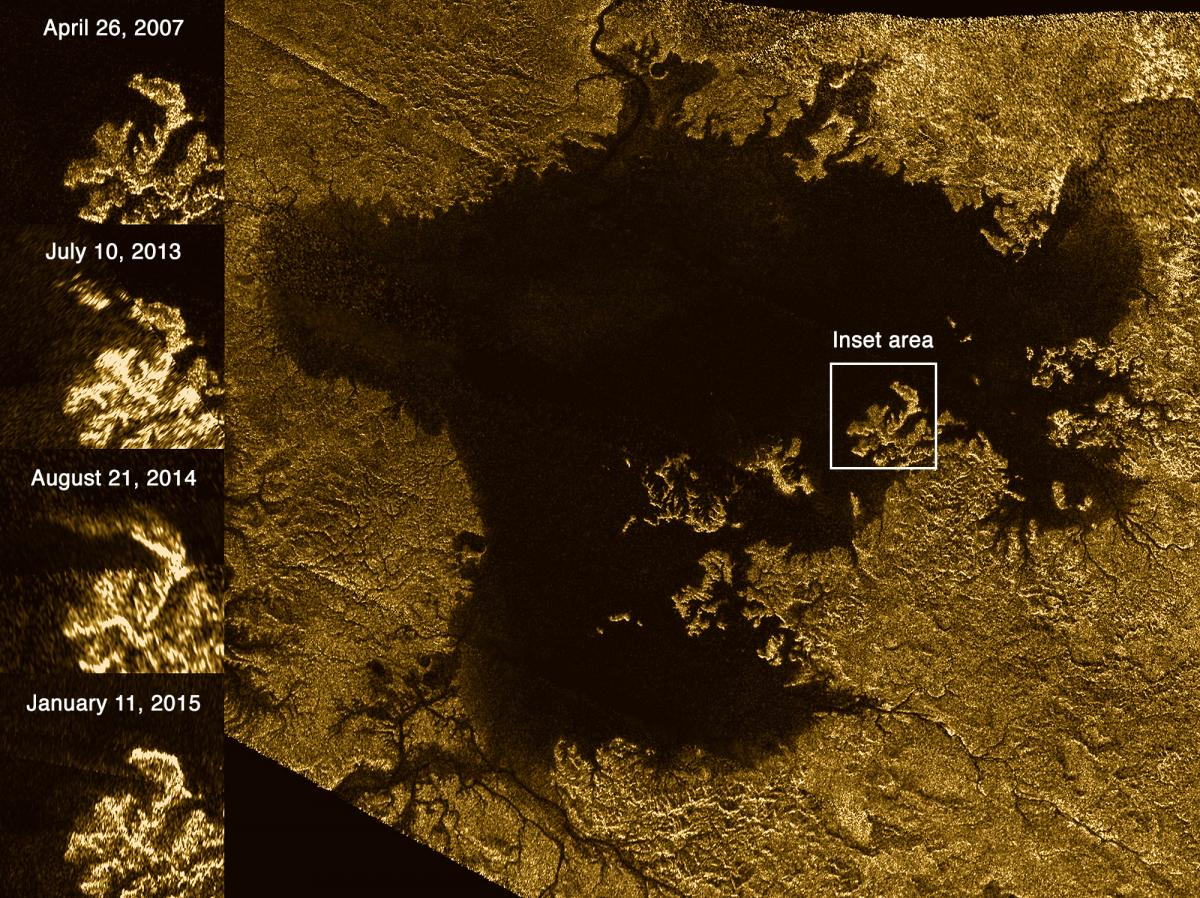 Cassini synthetic aperture radar image of the north pole of Saturn’s moon Titan.  The dark feature is Ligeia Mare, a 400-km-wide sea of liquid hydrocarbons.  The inset shows the so-called “magic island,” which appeared in 2013 and then vanished again.  A variety of explanations for the transient feature have been considered, but the most likely is that it was a “glint” off a patch of waves on the sea surface caused by local winds. The inset box is 70 km on a side, centered approximately 77°N, 247°W.