Millions of landbirds migrate through the Gulf of Mexico region each spring and autumn. Migration is energetically taxing, and these migrants depend on stopover habitats to provide the food and cover needed to complete their journey. For some species, as much as 85% of annual mortality occurs during migration. Stopover habitats in the Gulf of Mexico region have been lost or degraded due to the effects of development, agriculture, livestock grazing, timber industry activities, and the spread of exotic species. The continued loss or degradation of stopover habitat poses a risk to migrating birds, so knowing the location and landscape composition where peak numbers of birds consistently stop to rest and forage is critical for conservation planning. USGS Wetland and Aquatic Research Center scientists are using weather surveillance radar data and landscape metrics to model bird-habitat relations within 70 km of four radar stations along the western coast of the Gulf of Mexico. Reflectivity data collected from 2008–2012 were used to estimate migratory landbird density during spring and fall migration. Landscape variables were measured from 2006 Coastal Change Analysis Program (C-CAP) land cover, National Elevation National Hydrography, and 2010 U.S. Census Bureau TIGER datasets. Results of this research will support the conservation plans of the Gulf Coast Joint Venture by identifying the factors that characterize suitable migratory landbird stopover habitat. 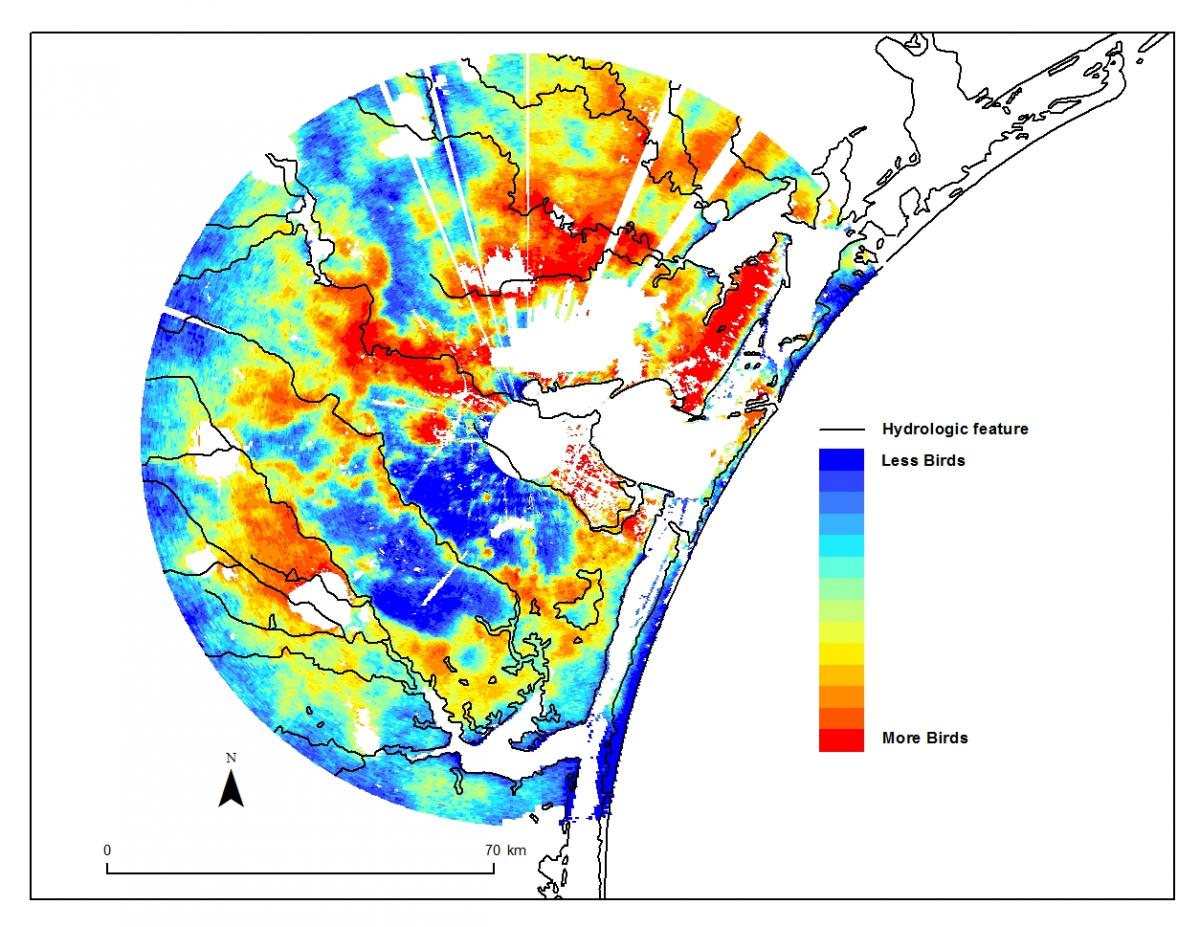 This image depicts the distribution of landbirds during migratory stopover. Weather surveillance radar data were collected during fall migration 2008–2012 within 70 km of the Corpus Christi, Texas, radar.