The innovations developed during this study produced two additional by-products. First, because much of the work was at the 250-m scale of the Moderate Resolution Imaging Spectroradiometer (MODIS), scientists developed and tested an approach to downscale the results to 30-m resolution using multiple Landsat scenes within the same year.  MODIS growing season Normalized Difference Vegetation Index (NDVI) data, used as input to the biomass model, were seamlessly downscaled  with this method, producing a final grassland biomass map with Landsat 30-m pixel resolution. This approach has been adopted by the National Land Cover Database (NLCD) USGS/BLM rangeland mapping team, who downscale weekly MODIS NDVI during phenologically  critical periods when Landsat data are not available due to collection schedule or data quality (e.g., cloud cover).

Second, given the heavy reliance on the regression tree software Cubist (http://www.rulequest.com) for this and other projects, the researchers developed and tested a protocol to optimize the classification scheme. The protocol establishes optimal sizes for Cubist testing and training data sets as well as the maximum number of rules allowed to minimize over- and under-fitting tendencies in the models. This protocol was demonstrated in a case study to address mapping over-fitting errors, under-fitting errors, and optimal model errors.

In collaboration with the U.S. Department of Agriculture (USDA) Agricultural Research Service (ARS), the team will be refining and improving the switchgrass biomass mapping algorithm. The USDA ARS has provided field data at switchgrass trial plots across the Great Plains. 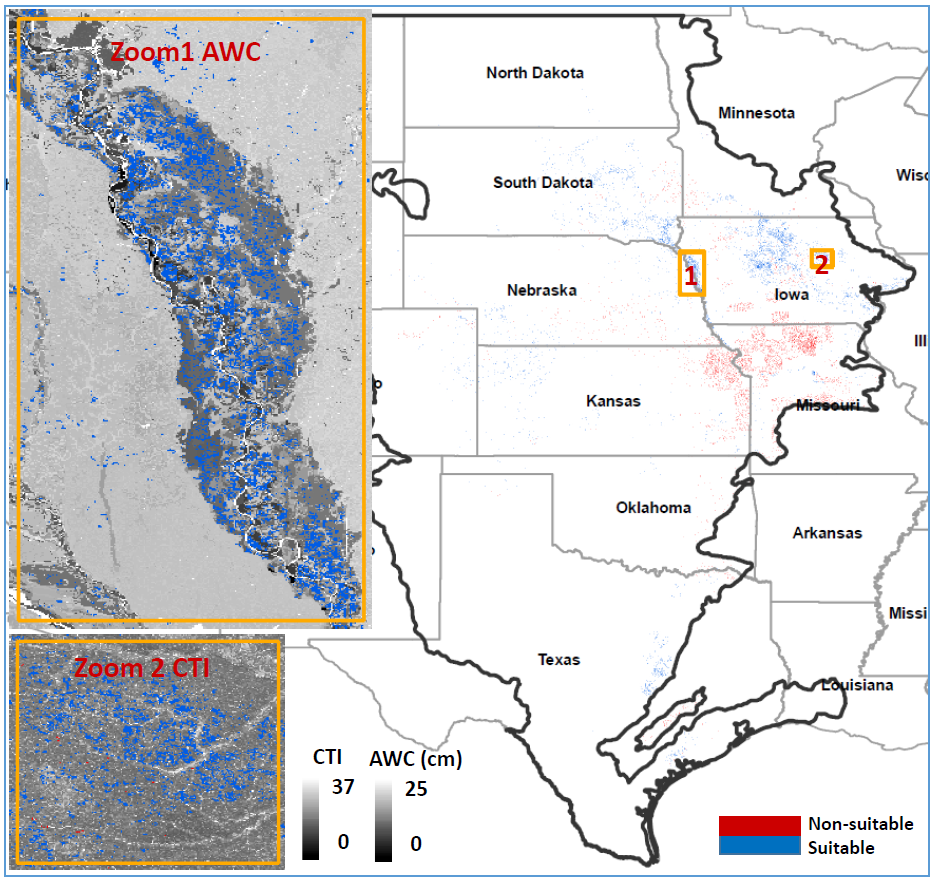