The Greater Platte River Basins (GPRB) are characterized by fragile ecosystems that may be particularly vulnerable to changes in climate and/or land use. Two such areas within the GPRB—the South Platte River corridor in eastern Colorado and the Niobrara National Scenic River in northern Nebraska—are the focus of surficial geologic mapping and research to provide a geologic framework for the ecosystems, and to better understand how their geomorphic systems have responded to environmental changes in the past.  Geologic mapping and geochronologic research are key to understanding the timing and causes of past landscape change, and lead to a better understanding of what might be done to adapt to, or mitigate, adverse effects from future changes in climate and/or land use. Field work is combined with various remotely sensed data, including National Aerial Photography Program (NAPP) color infrared photography, National Agriculture Imagery Program (NAIP) digital orthoimagery, and lidar data. The lidar data have been particularly useful for identifying and mapping subtle topographic features such as low fluvial scarps between young river terraces—which allow for a better understanding of recent river activity—and other geomorphologic features that are either naturally subtle or have been subdued by land use. Along the South Platte River corridor in eastern Colorado, much of the area has been extensively farmed and cultivated for more than a century; as a result, many geomorphologic features are difficult to distinguish in traditional orthoimagery or aerial photographs. However, in lidar images, geomorphologic features are commonly evident even within areas traversed by central pivot irrigation. For both areas, lidar data enhance recognition of valley margins, river terraces, eolian dune forms, natural and artificial levees, and floodwater inundation zones. Preliminary results of the geologic mapping and research document historical changes in the modern fluvial systems, and identify times during the Holocene and late Pleistocene when rates of change were high along the rivers and their tributaries. 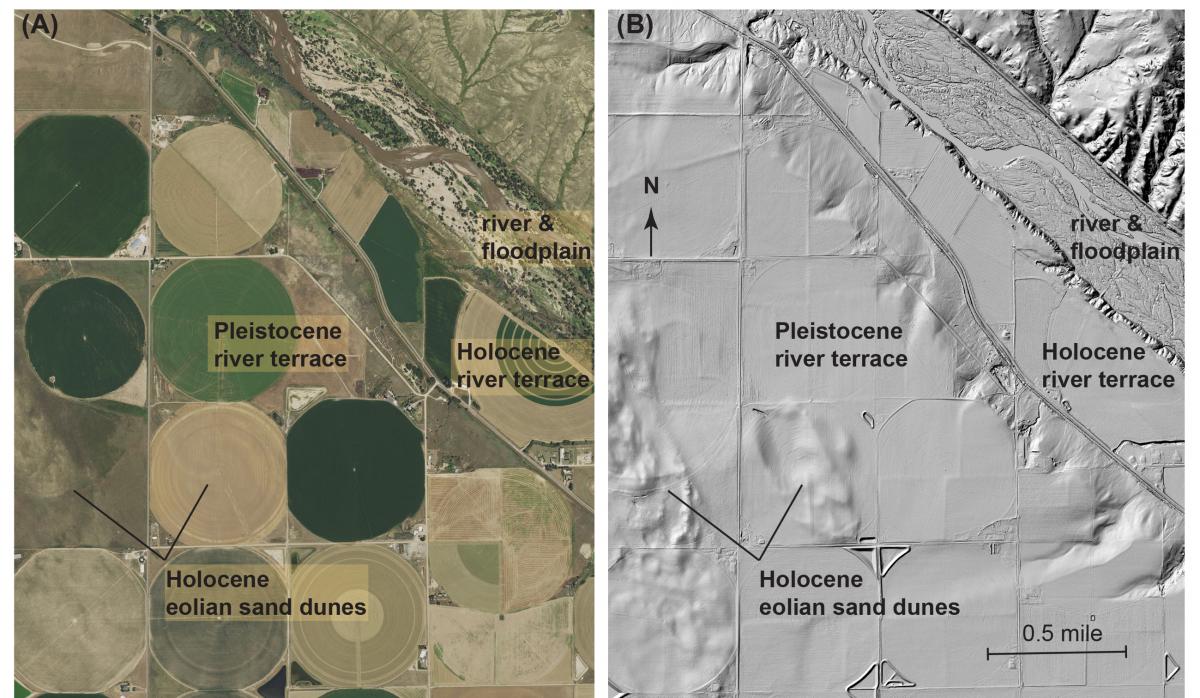