The National Map Corps (TNMCorps) is a crowdsourced mapping project that relies on volunteers to assist the USGS National Geospatial Program by collecting and editing manmade structures data for The National Map. Through their participation, volunteers from around the Nation are enhancing the USGS’s ability to provide the Nation with accurate mapping information.

Over the past two decades, the USGS has promoted several volunteered geographic information (VGI) mapping projects, including TNMCorps. The results of several pilot projects from 2010 to 2012 led to a phased, nationwide expansion of the current crowdsourcing project. As of August 2013, volunteers have been collecting and updating 10 structure feature types (including schools, fire stations, cemeteries, and others) in all 50 states.

TNMCorps incorporates a variety of strategies to motivate and engage volunteers while simultaneously facilitating focused data collection resulting in high quality data.  These strategies include a tiered editing process, map challenges, virtual recognition badges, social media engagement, monthly newsletters, and regular news releases.  Volunteers from the general public include youth from various organizations such as the 4-H and scouting, retirees, students, and anyone with an interest in contributing to The National Map.

It is easy to get started.  After walking through a simple registration process, volunteers begin editing using a Web-based mapping platform. The primary base layer uses The National Map Web services and consists primarily of 1-m resolution digital orthophoto imagery provided by the USDA National Aerial Imagery Program (NAIP) and is supplemented by high-resolution orthoimagery over urban areas. Volunteers collect and improve the structures data by adding new features, removing obsolete points and correcting existing data. Fellow volunteers peer-review the edits, which are then incorporated into The National Map and ultimately into U.S. Topo maps. As of May 2016, over 1,500 users have made more than 210,000 contributions to TNMCorps. 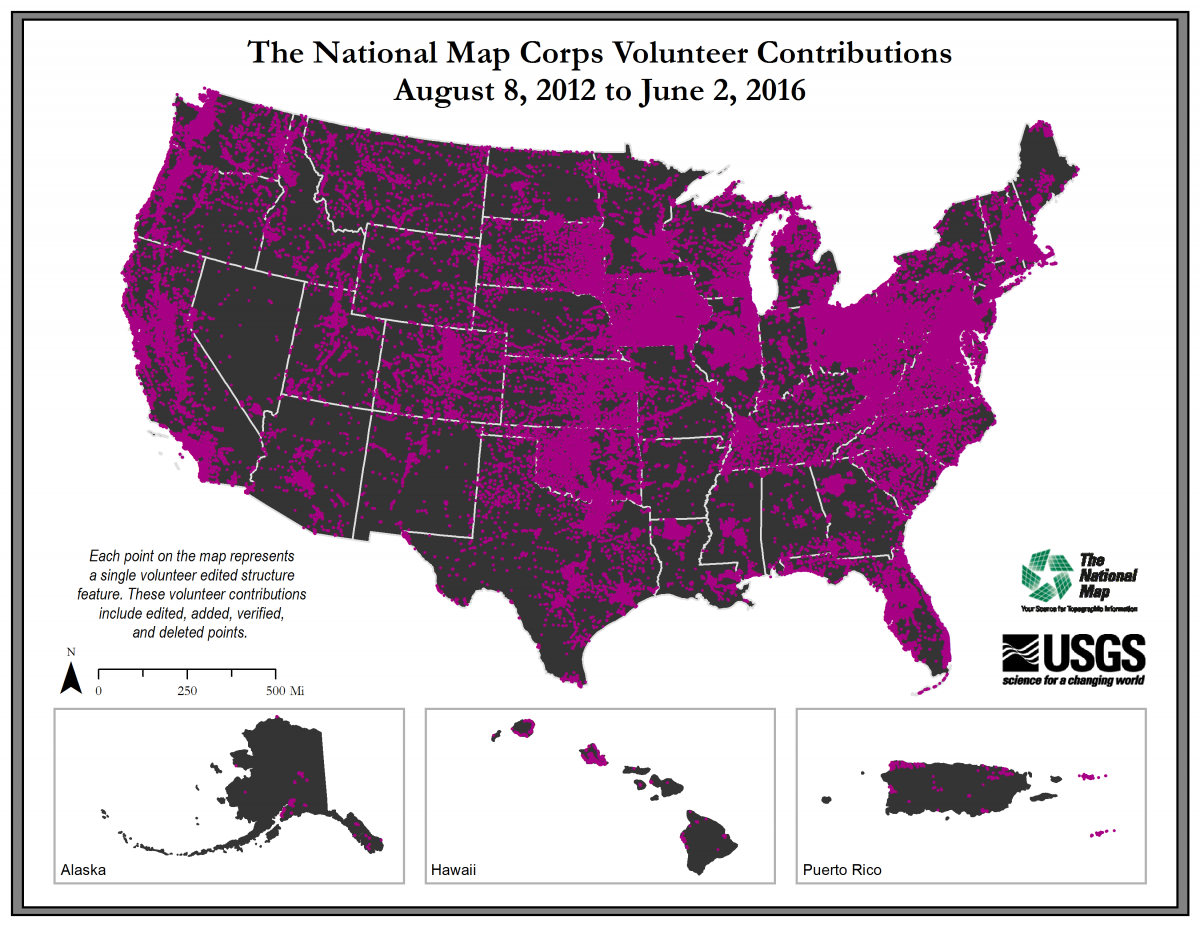